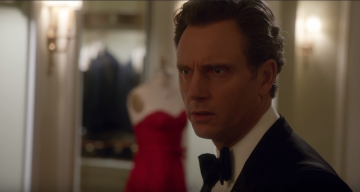 Last year, it was announced that Scandal would be entering it’s seventh and final season. There was a major shift in the White House at the end of season 6. Mellie Grant became President of the United States and Olivia Pope gained a great seat of power in her role as the President’s Chief of Staff. But these moves left us with some questions. What happened to Fitz on Scandal? Is Tony Goldwyn still on Scandal? Given that the season 7 premiere was last night, we now have a few answers on the future of the former President of the United States, and the actor who played him. If you haven’t yet watched the most recent episode of Scandal, be warned, this article may contain spoilers.

When Last We Left the White House…

At the end of last season, Mellie Grant (played by Bellamy Young) became President of the United States. Olivia Pope (Kerry Washington) ascended with her as the President’s Chief of Staff. It was the dawning of an age of big things for many of the characters, but one was noticeably missing. What happened to the President on Scandal? What happened to Fitz? Fitzgerald Thomas Grant III (Tony Goldwyn) was offered the command of B613 but Olivia talked him out of it. Fitz leaves Washington D.C. to run his foundation. Olivia takes command of B613. This lead many to believe Fitz may have been written off the show and Goldwyn might be out of a job. Which begs the question: Is Fitz on season 7 of Scandal?

We open season 7 100 days into President Grant’s presidency. Her government has started to gel and take shape while Olivia is currently dealing with a crisis involving an undercover CIA operative that has gone missing overseas. And Fitz has been… well… he’s working on his foundation… maybe? The truth is, Fitz wasn’t really seen in this first episode. We get a brief look at him on a news broadcast, but that was about it. No follow up. No offhand mention that he was coming back to D.C. Nothing. So, is Fitz leaving Scandal?

That former POTUS life looks good on @TonyGoldwyn! Who's ready to see what Fitz has been up to? ??‍♂️ #Scandal #GladiatorsOut ? credit: @tonygoldwyn @dutchpetra

The Future of Fitz

Let’s get right to the point. Is Tony Goldwyn leaving Scandal? In short, no. If you pay attention to the credits, Goldwyn is still very much listed in there. He’s also behind the camera, as Goldwyn even directed an episode this season. After the premiere, Goldwyn tweeted out to his fans to be patient and keep waiting. All of these things kind of lead us to believe that Fitz will indeed be back, just maybe not as soon as we would like. Maybe it has something to do with Goldwyn spending more time behind the camera? Or maybe they have a bigger plan for Fitz and are just building the suspense?

And let’s be honest, it’s the last season of the show. If he’s appearing in the background, it won’t be long until Fitz returns. With Scandal season 7, Fitz and Olivia will need a bit of resolution to their relationship. Or, at least, viewers will need that resolution! We have no idea what happened between Olivia and Fitz in the 100 days between season 6 and season 7, but we think that we are going to find out soon.