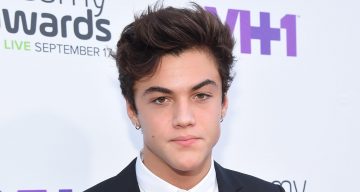 Ethan and Grayson Dolan are known as the Dolan Twins on YouTube. The famous 18-year-old brothers are known for comedy and prank videos alongside some thrilling daredevilry. But sometimes things go a little far and injure one or both Dolan Twins.

The Dolan Twins never shy from stunts and thrills. But sometimes Ethan and Grayson Dolan’s stunts that made them famous on YouTube and landed them on MTV’s Fear Factor, blow up in their faces.

Ethan Dolan, the older of the twins, shared his terrifying accident on Twitter. What happened to Ethan Dolan?

Keep reading to find out why Ethan Dolan’s never going near a motorcycle again.

The Dolan Twins have built a YouTube subscriber count of over 6 million with their comedy, pranks, stunts, and twinning. At only 18 years old, Ethan and Grayson Dolan have grown their online fame to a lucrative merchandise line.

The brothers never back off from a dare, as we saw on MTV’s Fear Factor this July, where they overcame their phobia of exotic animals to do a challenge involving snakes. They dreamed of facing their worst fears and going on this show since their childhood.

With all their dangerous feats, there’s the high possibility that something can go wrong. That’s what happened to Ethan Dolan last week.

The older Dolan took to Twitter and said that he’s “happy to be alive” and “extra blessed” after a near brush with death. Ethan tweeted that he got into a motorcycle accident and was severely injured. 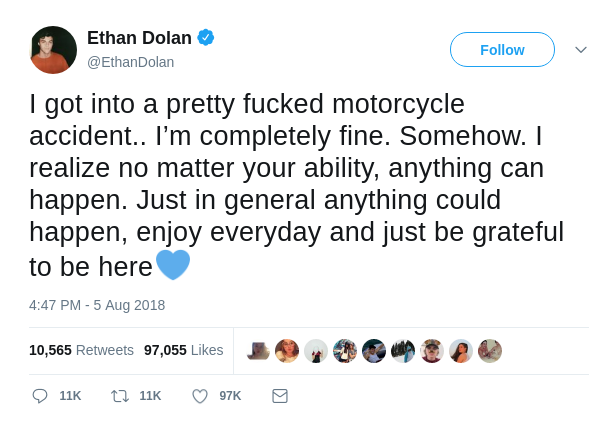 Details about Ethan Dolan’s motorcycle accident are still obscure, but apart from being injured, he is alive and well. He only gave his brother and all of us a scare.

Grayson Dolan tweeted a picture from the hospital, showing his brother in a bed sporting some injuries on his hands.

Judging from their tweets, they were filming one of their videos for their YouTube channel when Ethan Dolan had the accident. Apparently, it could have gone much worse, and he miraculously survived. 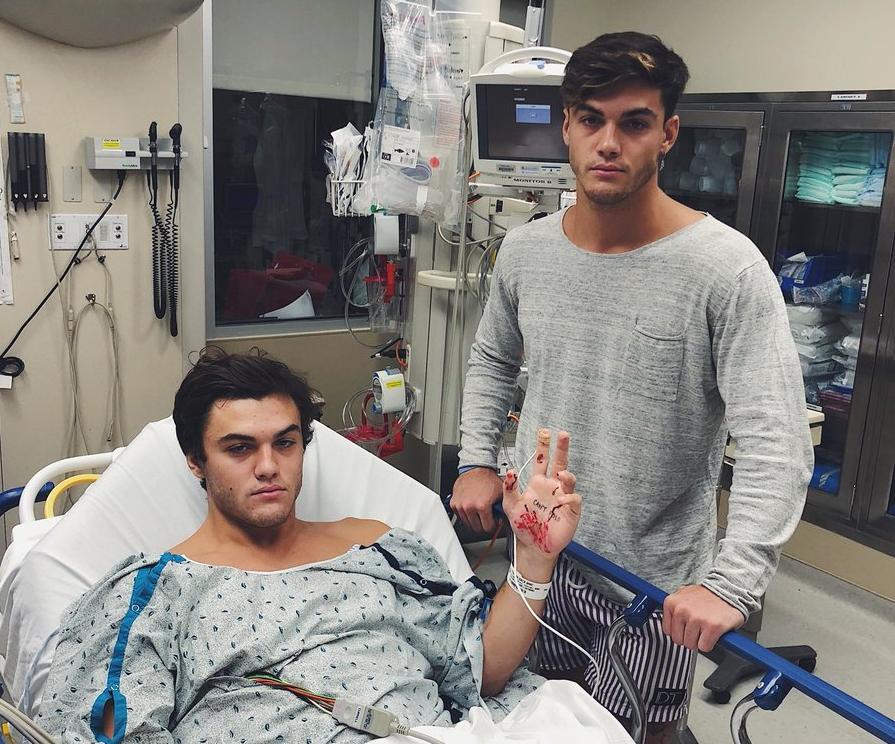 Grayson Dolan shared a photo with his brother from hospital (Photo: Twitter/GraysonDolan)

He’s extremely grateful for making it out alive and swore to never go near a motorcycle again. A wise decision considering this happened before. They have had accidents in the past that landed them in the hospital.

In 2017, Ethan Dolan sustained a hand injury after punching something hard. Soon after that incident, he got injured while filming one of their videos and was rushed to a hospital.

The Dolan Twins have done some outrageous things on camera like experiencing the pain of childbirth. They haven’t crossed the line of being obnoxious with their pranks and have a large fanbase online.

Ethan Dolan has received an outpouring of well-wishes from their fans, who are equally glad that he’s alive. Their supporters began trending #WhyIAmThankfulForTheDolans with reasons for loving the brothers.

Grayson Dolan tweeted that they were preparing for a survival challenge. But it appears their next video might be delayed while his brother recovers.

Grayson tweeted that they were preparing for a survival challenge. But it appears their next video might be delayed while Ethan recovers.