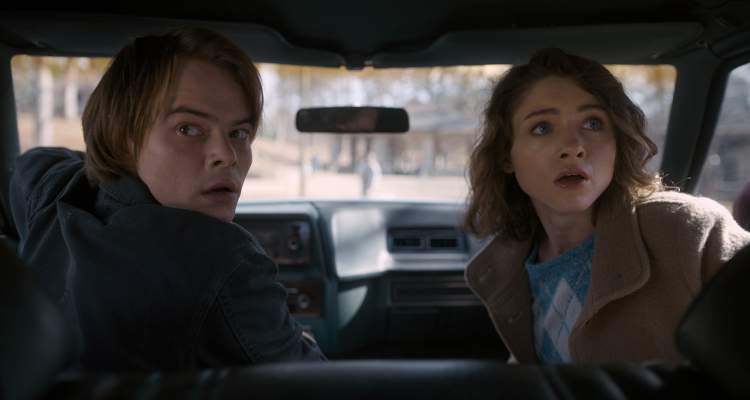 Fans of Barb from Stranger Things were upset that she was practically forgotten about after her death in season 1. Some were even unsure if Barb was really dead or not. The showrunners confirmed that Barb is, in fact, dead, and the consequences of which will be dealt with in season 2. But sadly, Barb is not coming back!

Netflix’s Stranger Things got thumbs up from audiences all over the world when its first season aired in July 2016. So much so, that the streaming giant quickly renewed it for a second season, which debuted on Friday, October 27, 2017.

While season 1 focused on the investigation into the disappearance of a young boy amid supernatural events occurring in the small town of Hawkins, Indiana, season 2 takes place a year later, dealing with the consequences of season 1 and each character’s attempts of returning to a normal life. The series is a homage to pop culture and films of the 1980s and was praised for its characterization, atmosphere, pacing, acting, editing, soundtrack, writing, and directing.

Keep reading for everything we know about Barb from Stranger Things.

Killed by the Monster

Fans know that Barb Holland (Shannon Purser) was Nancy Wheeler’s (Natalia Dyer) best friend at Hawkins High School. After Nancy dragged Barb to Steve Harrington’s (Joe Keery) party, the two fought after Nancy decided to go upstairs with Steve. Feeling excluded and alone, Barb went outside to the swimming pool and sat on the diving board.

Earlier that night, Barb cut her hand trying to impress people by opening a beer can with a knife. And while alone outside, she let the blood drip into the pool, which attracted the monster, nicknamed Demogorgon by the kids. She was dragged into the Upside Down by the Demogorgon and killed.

Although she initially made excuses for her friend’s absence, Nancy soon realized that Barb was missing and started searching for her. We later had confirmation of Barb’s death when Eleven found her body wrapped in a web of slime with a slug hanging from her mouth in the Upside Down.

Even after seeing her corpse, fans want to know if Barb is actually dead.

Matt Duffer, who along with his twin brother Ross created Stranger Things, had this to say: “I mean, yes ― yes, she’s dead. I thought we were pretty clear about that. There’s a slug hanging out of her mouth ― out of her dead corpse. And then if you were still confused, Jim Hopper finds her in the nest, also very dead. So, if you are holding out hope that she is still alive, that’s just wishful thinking.”

In another interview, he said that the events in season 1 took place over a period of six or seven days. So, they didn’t have enough time to explore the consequences of Barb’s death.

Fans were upset that no attention was given to her death, sparking #JusticeForBarb to trend on social media. They will be pleased to know that Barb’s death will be given due attention in Stranger Things season 2!

David Harbour, who plays Hawkins Police Department chief Jim Hopper, said, “As a result, I think, of some of the fandom and as a result of what we want to explore, justice for Barb is a big thing in season 2.” He continued, “Barb was not given the justice she deserved in season 1 because we were focused on Will and saving a child, but so we’ve realized from the fans that Barb is important, and so we are going to treat her with the respect that she deserves.”

So, even though Barb might not have had the attention she deserved when she was alive, she is sure going to get it after her tragic death! You can stream season 2 on Netflix now, so what are you waiting for? Let the binging commence!