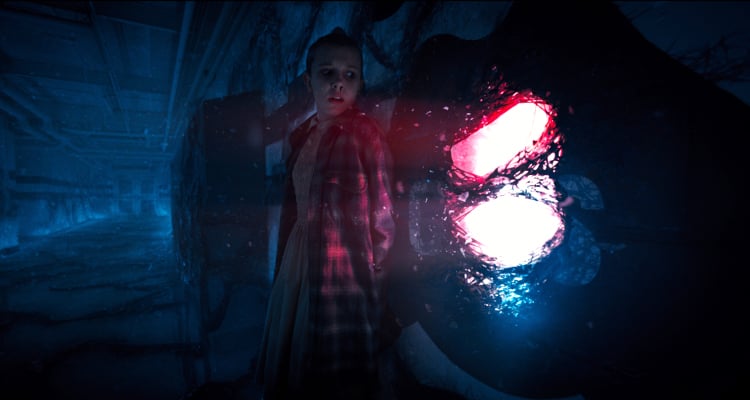 Besides Game of Thrones, one show that is rapidly growing a massive fan base is Stranger Things. As of this morning, season 2 of the hit Netflix show is currently available to stream and features the return of stars like Winona Ryder, Gaten Matarazzo, Cara Buono, Natalia Dyer, and Millie Bobby Brown. However, people are curious to know more about Eleven from Stranger Things, as she had quite the impact on fans last season! If you want to know facts about who plays Eleven on Stranger Things, then keep reading.

Stranger Things has a lot of young actors on the show, and they undoubtedly have done a brilliant job. In the show’s first season, we were not only introduced to the group of boys, but also a psychokinetic girl, Eleven, who, after escaping from a lab, helps them find their missing friend.

After the events of the first season finale, people have been wondering if Eleven dies on Stranger Things. For more details about Eleven from Stranger Things, we have the scoop!

this was pretty cool.

Eleven (Millie Bobby Brown) plays an important role in both the first and second season of Netflix’s hit show. We know that she got her name because of the “011” tattoo she was given by the doctors who ran experiments on her throughout her life because of her psychokinetic abilities.

Eleven is assumed to actually be Jane, the daughter of Terry Ives (Aimee Mullins), who participated in the Project MKUltra experiments run by the CIA, while unknowingly pregnant. She was told that she miscarried in the third trimester, but it is very possible that her daughter was kidnapped by Dr. Martin Brenner (Matthew Modine), and kept in the Hawkins National Laboratory as a subject to develop her psychokinetic skills.

After Eleven escapes from the lab, she was found by Lucas (Caleb McLaughlin), Mike (Finn Wolfhard), and Dustin (Gaten Matarazzo). When she shows them her powers, Mike believes that Eleven can help them find their missing friend, Will (Noah Schnapp). We later find out that, during an experiment, Eleven accidentally made contact with a creature from the Upside Down, and opened an interdimensional portal.

Who Plays Eleven on Stranger Things?

You guys! My @lofficielparis cover story is coming out tomorrow! ?

The impeccable acting of Eleven on Stranger Things is done by Millie Bobby Brown. She is a 13-year-old English actress and model, who moved to the U.S. in 2011.

Other than the Netflix show, Brown worked on several other TV shows such as Once Upon a Time in Wonderland, Intruders, NCIS, Modern Family, and Grey’s Anatomy.

Talking about playing Eleven on Stranger Things, Brown said, “It was a lot more difficult. My past projects, Intruders, I had a lot [of dialogue] — paragraph after paragraph. It was difficult, but it’s easier to talk. To be able to express that through your face — it was difficult at first. But I got so intrigued and involved with my character, I knew what she would do and I knew what she wouldn’t do.”

Does Eleven Die on Stranger Things?

During a showdown at Hawkins Middle School, Eleven faces the creature from the Upside Down and destroys him. By doing this, however, she sacrifices herself and vanishes. And, after seeing Jim Hopper (David Harbour) drop Eggo waffles (Eleven’s favorite food) into a cubby in the forest, we all had hope that she is still alive and just stuck in the Upside Down.

Seeing her in the season 2 trailers also confirms that Eleven will be alive for at least part of season 2!