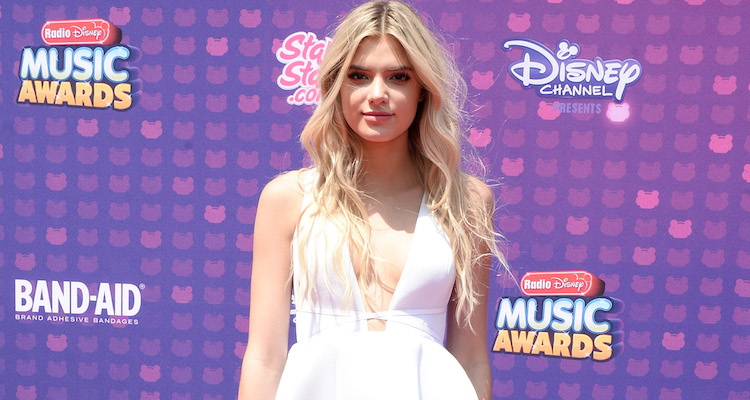 A popular Instagram model and YouTube star is in the news again due to an apparent brawl involving her and her boyfriend, Ricky “FaZe” Banks. What happened to Alissa Violet? Was Alissa Violet assaulted? We’ve dug around to find out the details about Alissa Violet’s alleged attack, as well as a few other fights in her recent past. Hopefully, by the time you’re done reading this article, you’ll be completely up to date on Alissa Violet and her alleged assault.

Brunch without champagne is just a sad breakfast

With the speed that stars rise and fall in social media circles, you may not be completely aware of who Alissa Violet is. She was born on June 12, 1996, in Brunswick, Ohio. Since falling in love with the idea of becoming a model after seeing a Victoria’s Secret commercial, she decided to throw her efforts into modeling. At the suggestion of YouTube star Jake Paul, Violet bought a one-way ticket to Los Angeles in May of 2015. She met with a number of different modeling agencies and was offered a number of contracts, but eventually settled on Next Models.

From there on, her star was on the rise. She landed a number of different modeling gigs, as well joining Paul’s Team 10 group of social media content creators. Violet moved into the Team 10 house and begin a YouTube channel in addition to her Vine and Instagram accounts. She also began landing acting roles in television projects like The Deleted and The Descendants 2. Her social media numbers became pretty astounding, amassing over seven million followers on Instagram, over a million followers on Twitter, and over two million followers on YouTube!

The Fall of Alissa Violet and Jake Paul

Very quickly after she arrived in Los Angeles, Violet began a relationship with Jake Paul, eventually moving into his Team 10 home. While the relationship was a bit of news, it was the break up that captured public attention. Violet and Paul had a falling out which lead to her leaving the Team 10 home and organization (she now works with a group called Clout Gang). Accusations of cheating were thrown by both sides, Violet accused Paul of setting ridiculous rules for those who lived in the Team 10 house, and Paul later accused Violet’s current boyfriend, Ricky “FaZe” Banks of attacking his assistant. Paul and his Team 10 cohorts released a diss track that, while not mentioning Violet directly, made it pretty clear that certain lyrics of the song were aimed directly at her. She responded by teaming up with RiceGum on her own diss track.

Eventually, the dust began to settle with both Violet and Paul moving on to other things and people. Shortly after moving out of the Team 10 house, she began dating Banks and was eventually engaged.

Posting a video about this whole situation and explaining everything A-Z as soon as I can. This shit is not ok and we’re going to get to the bottom of it. Love you liss, so sorry this happened ? pic.twitter.com/CxXT7iKLzR

Details are unclear at this point, but according to Violet and Banks, the two became involved in some sort of altercation at a bar called the Barley House in Ohio, sometime in the early hours of Sunday morning. Banks posted a video where he claims that someone tried to grab Violet’s butt, and “choked him out.” This was combined with pictures of Violet with some bruising on her face, and a cut on her lip. There is also a picture of Banks in what appears to be a hospital room with a picture of his hand with the caption mentioning a broken finger due to punching someone.

As to who attacked Alissa Violet or if there was indeed an attack, that is still unclear. But she may have alluded to the culprits with a tweet featuring two women and the caption “#Cleveland who are these women?? Help.” The Barley House has yet to publicly comment on the situation and apparently switched their Twitter to private.