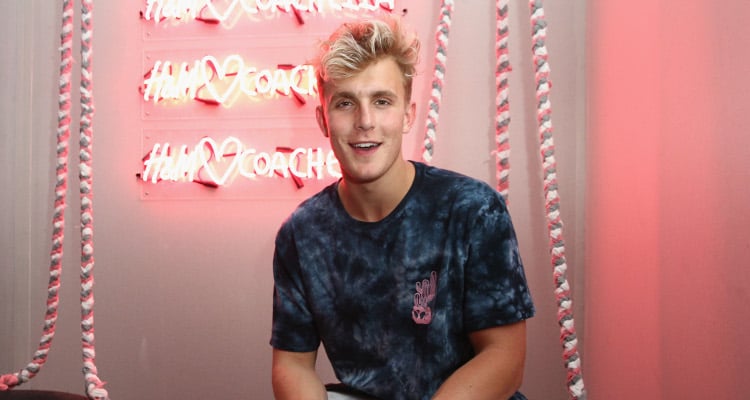 The latest breakup news doing the rounds is of Disney and one of its stars. Jake Paul rose to fame for being the bad boy of social media celebs. Did his behavior end his relationship with Disney?

If you are one of those wondering who Jake Paul is, you’re really old! He is one of the most notorious and roguish social media phenomenon who landed on Disney. Except that the same antics that made him famous has now led to the end of his working relationship with the network. All you oldies out there, it’s time to get up to speed on the new bad boy of the YouTube generation in Jake Paul’s wiki.

Paul gained a large following of fans through videos he posted on the now-defunct Vine. By the time Vine shut down, he boasted a following of more than five million! His Internet stardom landed him on the Disney show, Bizaardvark, a sitcom on wannabe Internet celebs.

His Vine videos not only earned him viral fame, but also money. With his growing plays, app companies offered him money to make Vine videos promoting their products. “Before we knew it we were making a lot of money and anywhere we would go people would recognize us,” said Paul.

Encouraged by his success, the high school football player chose to forgo a Navy Seal career and set his sights on Hollywood. He also set up TeamDom, a creative management agency for social media stars. At the age of 20, this entrepreneur has already earned a net worth of $4.0 million.

#2. Why Does Everyone Hate Jake Paul?

Jake Paul, though famous and followed by millions, actually built his infamy on funny yet annoying antics. This guy had the Secret Service after him for crying out loud! In January, Paul was invited to the White House for a social media event. He used this invitation to film the White House overnight challenge.

Instead of attending the event, Paul snuck into a bedroom upstairs until the wee hours of the morning. He recorded the entire experience and shared it on his YouTube channel. The video shows him walk out of the gates the next morning without any trouble. However, he shared a follow-up video where the Secret Service showed up at his house and interviewed him until they decided he wasn’t a threat.

Some of his antics are a little less crazy and more dramatic. Like his not-so-real wedding with fellow YouTuber, Erika Costell. He’s done a lot more outrageous things for his videos which his fans find entertaining. However, to some, Paul’s craziness rubs them the wrong way.

#3. Nuisance to His Neighbors

Last week, Paul got into an argument with his neighbors over a stunt for his latest video. The stunt reportedly involved setting fire to furniture in an empty swimming pool which could land Paul at the receiving end of a class action public nuisance lawsuit. A week after that report, Paul announced his departure from Disney.

The YouTuber uploaded a video of his arrest supposedly related to complaints by his neighbors, but it was later revealed that the arrest video was fake. Paul also made his West Hollywood address public which led to a throng of fans crowding his street. That only added to the grief of his neighbors who said Paul made their lives a “living hell.”

With Paul splitting from Disney, speculation arose that it stemmed from his public nuisance complaints and that Disney, in actuality, fired him. However, both parties issued statements that it was an amicable split. Expressing gratitude to the network, Paul said that he had “outgrown” Disney.

He also said that the decision wasn’t sudden. With Bizaardvark being a significant time commitment, Paul had earlier requested Disney for more time away from the show so he could focus on his independent ventures. Disney also reiterated his words, while Paul claims he left Disney to focus on his own “brand” and more mature roles.

Whatever the story behind Disney and Jake Paul’s split, the YouTube celeb’s antics don’t look like they’ll end anytime soon. Our thoughts and prayers go to Jake Paul’s neighbors!

Love you all! Thanks for the support❤️