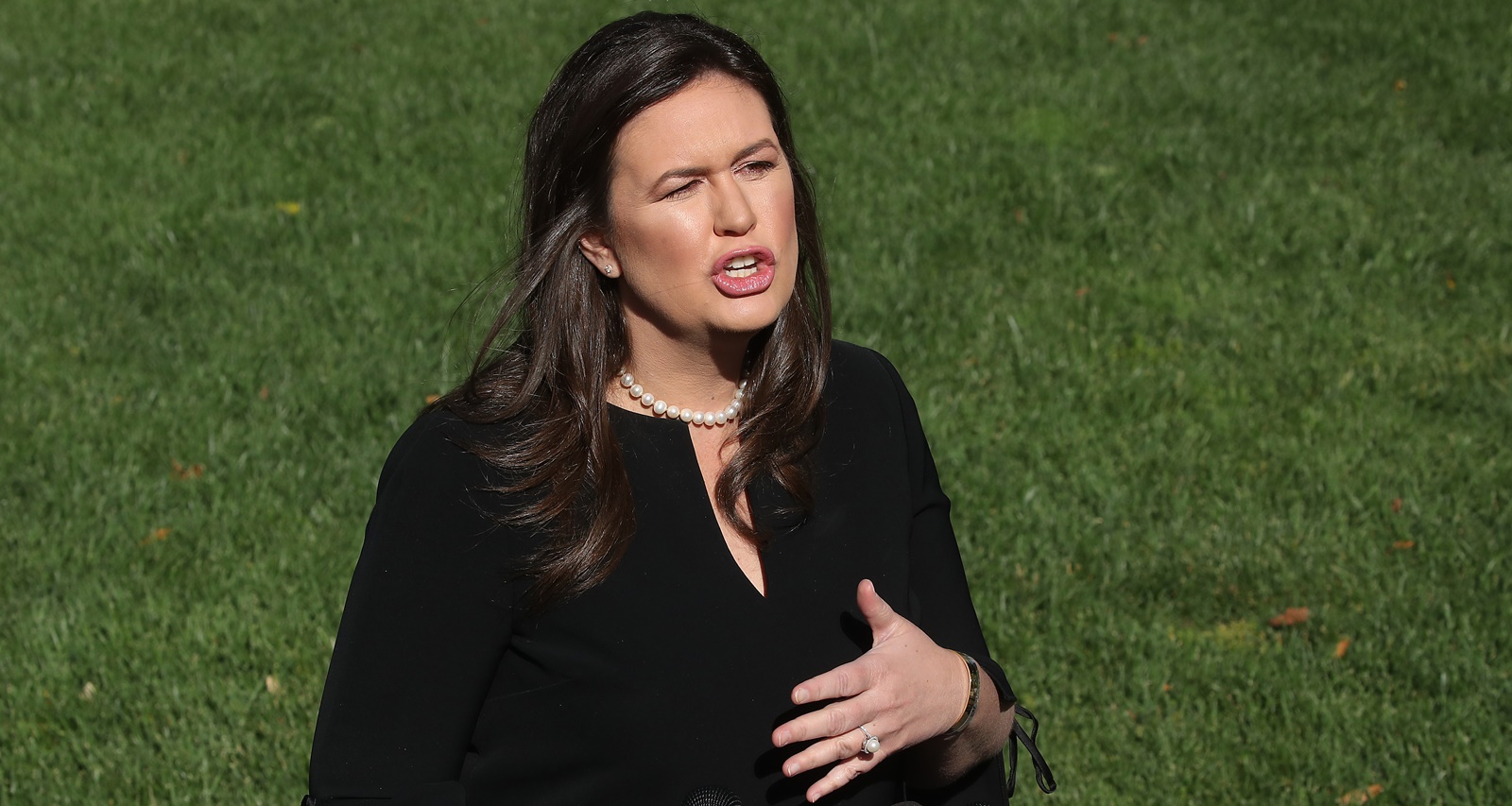 Sarah Huckabee Sanders talks to reporters after an interview with FOX News outside the West Wing, June 11, 2019 in Washington, DC (Photo by Mark Wilson/Getty Images)

The Trump administration will say goodbye to one of its most prominent figures at the end of this month. Sarah Huckabee Sanders, one of the longest-running White House officials in Trump’s era, and also a controversial one, will be leaving her role as the White House press secretary on June 30. Why is Sanders, one of the most outspoken Trump defenders, leaving? Here’s everything to know about her departure.

What Happened to Sarah Sanders?

President Donald Trump announced on Thursday (June 13), via Twitter and at a press meet, that Sarah Huckabee Sanders will be stepping down as White House press secretary after June 30. The announcement was unsurprisingly met with mixed reactions, considering that Sanders was among the most vehement defenders of the Trump administration and its policies.

In the more than three years she has been working with the White House, Sanders has had to hold court with the press and field questions about the credibility of the administration she was a part of. But she was most importantly a very close advisor to the president.

However, she hadn’t addressed the press since at least March, and her sightings had become rare recently. So the announcement of her departure has led to all sorts of speculation about the reason Sanders is leaving.

After 3 1/2 years, our wonderful Sarah Huckabee Sanders will be leaving the White House at the end of the month and going home to the Great State of Arkansas….

Why Is Sarah Sanders Leaving the White House?

At a Wisconsin rally in April, Trump told Sanders, “You’re fired!” in a throwback to his days on The Apprentice. It was, of course, in jest. But less than two months later, Trump said his most loyal official would be leaving at the end of June.

….She is a very special person with extraordinary talents, who has done an incredible job! I hope she decides to run for Governor of Arkansas – she would be fantastic. Sarah, thank you for a job well done!

Neither Sanders nor the White House have explicitly stated the reason for her departure. Trump has said that she is returning to her native state of Arkansas and is even encouraging her to run for governor. Sanders is the daughter of Mike Huckabee, who was once the governor of Arkansas, and there has been speculation for a long time that she might run for the post her father once held.

However, Sanders, a mother of three children with husband Bryan Sanders, doesn’t have governorship on her agenda anytime soon. She said she plans to spend more time with her children when she takes a break from her White House duties.

Nonetheless, many believe her departure was a long time coming. Sanders, one of the top-paid Trump administration officials with a salary of $179,700, took over for the very controversial Sean Spicer, and reportedly earned a sizable salary hike from her earnings as deputy secretary. She once held near daily press briefings that have become next to none in recent months.

As experts claim, the White House press secretary position is effectively unnecessary in the Trump administration when the president prefers to be his own spokesman. Trump has become known to directly address the media through Twitter, on the South Lawn on the way to the Marine One helicopter, and in the Oval Office, while Sanders often merely echoes his words at her press briefings.

Sanders said she hasn’t yet discussed her replacement with the president. However, her successor seemingly wouldn’t have much to do, either.