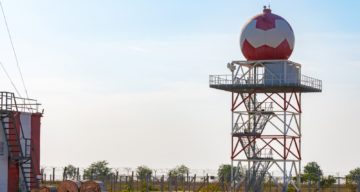 Changes in the on-air lineup at KSWO-TV have led to questions among Lawton residents. Oklahoma recently bid a fond farewell to meteorologist Noel Rehm. Since then, 7News viewers have not only been curious about who will be replacing him but also about another 7News meteorologist who is MIA. Lexie Walker did not cover the morning forecasts as usual, and viewers had questions. So they want to know if Lexie Walker is leaving KSWO 7News, too, or if she is taking over Noel Rehm’s timeslot. Fortunately, we know what happened to Lexie Walker straight from the source herself.

Noel Rehm wrapped up his last day on-air at KSWO 7News on October 29. The weatherman is heading to Charlotte, North Carolina, with his wife and two kids, leaving his position in the evening weathercasts in Lawton, Oklahoma.

KSWO-TV chose another meteorologist at their station to take his place. Lexie Walker, who did the morning forecasts, took over the evening weather reports as of October 2022.

Walker announced the news on her social media, thanking all who followed her on Good Morning Texoma since she was promoted to weekday mornings in 2021 after joining the First Alert Weather Team in 2019. She also thanked her colleagues who worked with her during her time with GMT.

Those who missed her announcement noticed that the meteorologist was missing from the morning and evening newscasts. As it turns out, Walker is on a well-deserved vacation for this week before she starts her new assignment.

Meanwhile, Brady Blackstock, from sister station KXII, is filling in on evening forecasts for her this week.