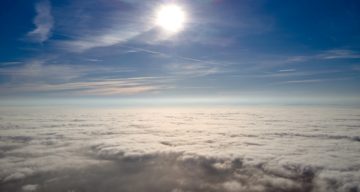 Devan Masciulli was born on May 11, 1999, to Mary Lally Masciulli and Bart Masciulli in Philadelphia, Pennsylvania. She has two siblings, and they were raised in the house where their dad grew up until they moved to the suburbs of Philadelphia for a better life.

Her older brother, Bartholomew Masciulli, is in the United States Marine Corps and is stationed in Virginia. He recently married Angelina Reza.

Their younger sister, Samantha Masciulli, is a student at Penn State Abington and a part-time FedEx employee.

Masciulli’s parents recently celebrated their 25th wedding anniversary in the presence of all their children. However, the meteorologist’s dad, an employee of FedEx, unexpectedly and tragically passed away on October 7, 2022.

Devan Masciulli received a BS in Meteorology, with a concentration in broadcast and media, from the Millersville University of Pennsylvania in 2021. While there, she played softball and was named captain in the spring of 2019 and 2021.

Right after she graduated from Millersville, Masciulli joined WEEK-TV as a meteorologist. She primarily reported the weather on the weekends on-air.

After October 7, 2022, viewers did not see her on the air, which made them wonder what happened to Devan Masciulli. The meteorologist announced the reason for her absence on October 12 on Facebook.

Masciulli is in her hometown in Pennsylvania as her father passed away. Her dad, Bart Masciulli, was shot and killed while leaving work at a FedEx location in Philadelphia. According to The Courier Times, the police have arrested the suspect.

The meteorologist may remain with her family for a while to support them. Her dad was her biggest supporter and the family’s primary breadwinner. Moreover, her mom is going through some health-related issues.

Devan Masciulli currently pays rent, student loans, car payments, insurance, and many other bills for her family. Furthermore, her colleague at WEEK-TV, India Afriyie, has set up a fundraiser to support the family.