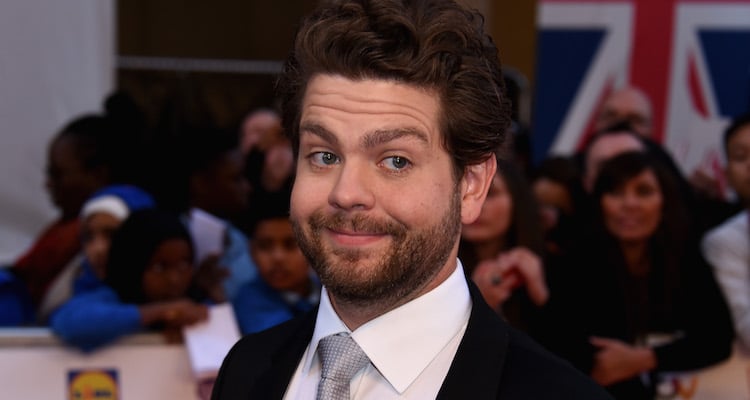 What does Jack Osbourne do for a living? Is Jack Osbourne a police officer? These are just some of the questions people are asking, after seeing Jack and his father Ozzy in police gear. Has he joined the force? Keep reading to find out what Jack is up to these days.

Is Jack Osbourne a Cop?

Don’t worry, Jack Osbourne’s occupation as an actor and media personality hasn’t changed, despite what people might be thinking after photos of him surfaced in a cop uniform. Besides, with Jack Osbourne’s net worth of $10.0 million, do you really think he would trade it all to become a police officer?

Jack Osbourne’s police department days are just part of the 32-year-old’s reality series, Ozzy & Jack’s World Detour. Back in April, residents of Indiana got a glimpse of the Osbournes in Muncie but weren’t exactly sure what they were doing, or why. For those who don’t know, the A&E network reality series is about Jack and Ozzy travelling to “tourist traps” and “niche attractions.”

Interestingly enough, according to IndyStar, Jack has been a reserve officer with the Muncie Police for almost a decade. Indiana is also the place where he filmed the short-lived reality series Armed & Famous, which coupled celebrities with police officers back in 2007.

“Ultimately, the goal is to get my dad to Muncie,” Jack said in an episode preview. “His interaction with law enforcement is him either getting pulled over or arrested, so this is going to be a unique experience for him.”

Jack Osbourne’s Instagram account also revealed what he was doing in a police uniform and protective vest. The comment section was filled with positive feedback from fans of the show, all around the world.

One comment read: “This was super cool. Didn’t know you were a reserve. You seemed to really enjoy yourselves during this episode.”

Another comment read: “Jack you have the law enforcement thing down. I was a Deputy Sheriff, since retired, actually met when I helped your friend who was having a seizure at one of the Coachella party’s. You would make a great cop..Great show. [sic]”

Tonight we are the long arm of the law. 10pm on @aetv #ozzyandjack

In an interview with the Today show, Jack talked about his multiple sclerosis diagnosis and how it has changed his life.

“I kind of look at the diagnosis as a huge silver lining to be honest with you,” said Osbourne, who has two daughters, Pearl, 5, and Andy, 2, with wife Lisa Stelly.

“Before this, I would just be a typical 20-something-year-old and lounge around and just kind of kick it when I could. I don’t do that anymore,” he said. “I hate wasting days. I’m always doing something and trying to accomplish something, whether it’s work, something social or doing something active. So for that, I’m appreciative of it.”

Jack hasn’t suffered any physical symptoms so far and continues to stay as active as possible. He advocates for the condition and has met many who were worse off than him.

“I feel more of an urgency,” he said. “The doctors don’t know how specifically it’s going to affect me in the long term. It took me a while to figure out my baseline, and I really came to the conclusion that I kind of have to seize every opportunity I can because I don’t know what next year’s going to look like, two years, three years.”