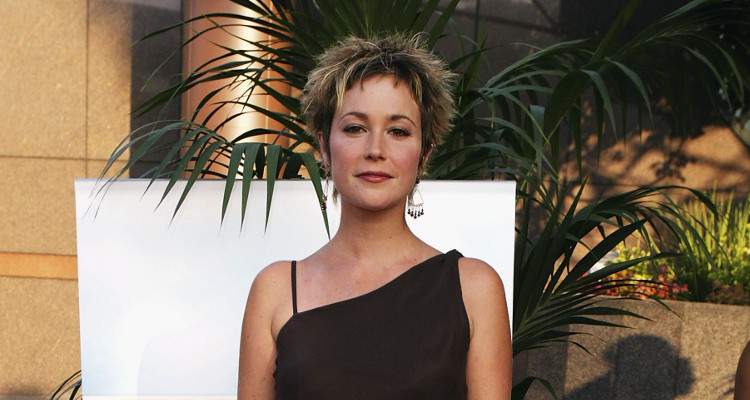 Wayward Sisters’ premiere date was on January 18, 2018, on The CW. The backdoor pilot episode of the Supernatural spin-off series featured both known and new characters, and it looks like the series really packs a punch. Meet the Wayward Sisters cast members right here!

Fans of the American fantasy horror television series Supernatural should be happy that the series has given birth to another new series called Wayward Sisters. It will be the fourth Supernatural spin-off, as the makers of the series have already given viewers shows like Ghostfacers, Supernatural: The Anime Series, and Supernatural: Bloodlines. The makers had announced the news of the spin-off series on June 20, 2017.

Wayward Sisters debuted as a backdoor pilot during the thirteenth season of Supernatural and stars Kim Rhodes, among others. Since then, viewers have been anxiously awaiting the new show, but now the wait is over.

Keep reading to know more about the new series and its cast members.

Series Was Named after a Rock Song

The new series kicked off on Thursday, January 18, 2018, on The CW as a backdoor pilot episode in Supernatural season 13. The episode was appropriately titled Supernatural: Wayward Sisters.

Get ready, #Supernatural fans: #JodyMills is coming back! ? The character, played by #KimRhodes, will return fairly early in the season to start setting up the #WaywardSisters backdoor pilot! ?: BETTINA STRAUSS/THE CW

A post shared by Entertainment Weekly (@entertainmentweekly) on Oct 22, 2017 at 1:01pm PDT

Wayward Sisters was named after the famous song, “Carry on Wayward Son,” by the famous rock band, Kansas. The song was also heard several times on Supernatural.

Taking the Fight to the Enemy

Wayward Sisters tells the story of Sheriff Jody Mills (Kim Rhodes), Sheriff Donna Hanscum (Briana Buckmaster), and a group of disturbed and troubled young women who have been orphaned by a supernatural tragedy.

These young women train under Sheriff Mills and emerge as a tough, monster-fighting force who also have the Sheriff’s protection. Basically, the new series is about a sisterhood of girls in a foster family.

A Mix of the Old and New

"You too, Rainbow Brite." ? I had high expectations for #WaywardSisters and I must say that I'm amazed by this set up. Like I said on Twitter, it's not just because it's a cast of all women, it's because it's a cast of these women. The fact that they knew each other and had become friends is so clear, when you watch them on screen or off (conventions and such), they have an amazing chemistry. I'm going to rewatch and and break down my favorite moments tomorrow. But this scene with Donna showing up was my favorite. We've seen Jody outside of work, as well as the 'sisters' but I really wanted to see Donna out of her uniform and show more of her personality. From the truck, the license plate (D-TRAIN, perfect!), her style, the weapons and her way with the girls… It was all I wanted and more! I'll post more thoughts on the episode tomorrow, and please comment to tell me what you thought! I adore all six of these women, they're the most badass unicorns ever ? #waywardaf #WaywardSisters #supernaturalfandom #supernaturalfamily #spnfandom #spnfamily #donnahanscum #brianabuckmaster #jodymills #kimrhodes #alexjones #katherineramdeen #clairenovak #kathrynnewton #patienceturner #clarkbacko #kaianieves #yadiraguevaraprip

Clark Backo plays a psychic named Patience Turner who inherited her special powers from her grandmother and has now decided to fight monsters. She used to be an overachieving high school student who is now obsessed with defeating the dark forces she encounters.

A Walker Between Worlds

Yadira Guevara-Prip plays the role of Kaia Nieves, a young woman with a strong will and a sense of sarcasm. She has lost her family at a young age and has the unique ability to walk between worlds in her dreams. She is a dream catcher who thinks of her ability as a curse because she is not familiar with its origin and her family.

Kathryn Love Newton is back on the show and reunites with Sheriff Mills after having had some dangerous experiences of her own.

Newton is thrilled with her new role as Claire Novak and said, “Claire went out, she kicked ass on her own, but a crisis will occur that will force her back into the fold of the Wayward family.”

From the action in the pilot episode, it looks like Wayward Sisters is going to be a thrilling, fearful, and dangerous ride for the viewers. However, the actual release date of the show has not been given but is expected soon.

Good morning everyone! Supernatural came back last night and I was so ready for it! Wayward Sisters was great and I could see it as it’s own spin off! Spoilers down below if you haven’t seen 13×10 yet! ***************************** So, Claire and the rest of the wayward sisters banded together to save Sam and Dean which they did. I loved the way it started with Jody ringing Claire and telling her that Sam and Dean were on a hunting trip and haven’t been home in a few days, I mean that is how it all started! I love How Donna came in, she is awesome! I always love her when she makes an appearance 🙂 We also see the hooded figure come in to their universe and it’s Kaia’s doppelgänger! I mean if the pilot gets the green light, I’m so in, I enjoyed this episode and would love to see more! #supernatural #deanwinchester #samwinchester #clairenovak #jodymills #donnahanscum #kaianieves #patience #alex #waywardsisters #jensenackles #jaredpadalecki #kathrynnewton #kimrhodes #brianabuckmaster #spnfamily #spnseason13

This is a show that will have a special appeal for girls and women because of it’s all-female cast but anybody can watch and have a great time.