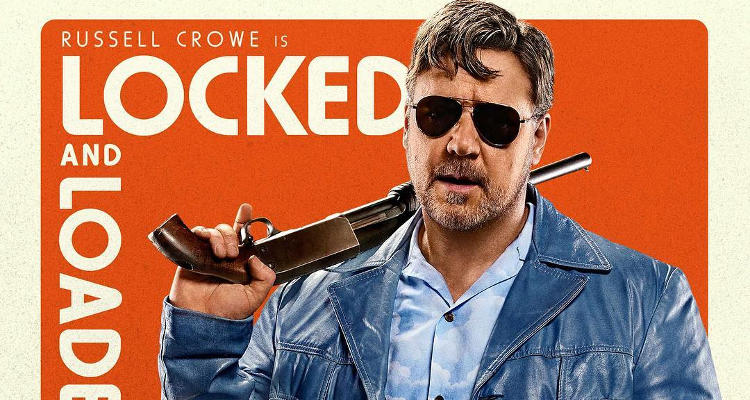 The answer is always a “Yes” when someone asks you “Are you up for a Russell Crowe movie?” And, this is because the guy is such a huge acting force that his role in every movie is something worth watching again and again. Much to our delight, we are getting to see another addition to the Russell Crowe movies list when The Nice Guys is released next month. Watching Russell Crowe scare the crap out of Ryan Gosling in The Nice Guys trailer makes us feel like looking at the top five Russel Crowe movies of all time.

And, by top five, we mean the best ones out of many of Crowe’s brilliant works. The Australian actor is one of the biggest Hollywood stars and has been a bankable actor for decades. Russell Crowe’s movies have been a part of the most intriguing yet entertaining Hollywood movies for the past two decades. With The Nice Guys hitting theaters on May 20, it is likely to turn out to be the best summer action-comedy of the year. So, watch Russell Crowe in The Nice Guys trailer below, and then have a look at our choices of the top five Russell Crowe movies.

This movie will never lose the top spot on any best Russell Crowe movies list. Crowe plays the Roman General Maximus Decimus Meridius in this history epic that won him the coveted Academy Award for Best Actor in 2001. Directed by Ridley Scott, the movie’s grueling action scenes and heartfelt drama scenes highlighted Russell Crowe’s acting finesse all the way.

The 52-year-old actor has a way of shocking movie buffs with versatile roles. Playing Nobel laureate John Forbes Nash in this biopic made it a Russell Crowe masterpiece. Crowe’s representation of a schizophrenic genius was remarkable. In the movie, Crowe flawlessly portrayed the famed mathematician from his early years into his senior ones.

Being one of the greatest gangster movies to date, Russell Crowe repeated the silver screen magic with his Gladiator-director Ridley Scott. His role of Detective Ritchie Roberts almost managed to outshine Denzel Washington’s unforgettable persona of Harlem drug lord Frank Lucas. Especially, in the intriguing climax scene, when Crowe and Washington have an epic face-off.

Russell played father of our favorite superhero, Superman, in this amazing action blockbuster. His calm voice suited Jor-El’s character that helped Clark Kent (Henry Cavill) to become Superman! No doubt that there couldn’t be a better actor playing Superman’s father than Russell Crowe.

The marks the latest blockbuster for Russell Crowe. Directed by acclaimed director Darren Aronofsky, Crowe daringly portrayed the biblical character of Noah. And, his challenging role certainly went well as the movie was appreciated worldwide. The scenes of Noah saving mankind on his ark made us realize that Crowe is quite convincing as a messiah—a messiah of the movies if you might even say!