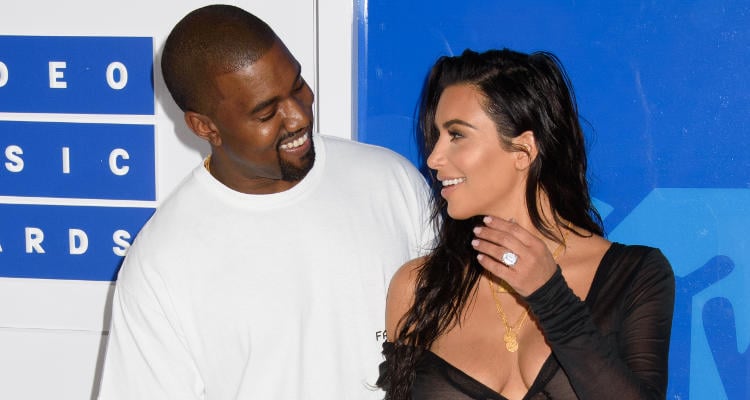 While the clip doesn’t feature the 39-year-old artist at all, it is as controversial as his infamous “Famous” video, which showcased naked figures of celebrities like Taylor Swift, Kim Kardashian, Donald Trump and Rihanna, among others. West debuted, “Fade” featuring NBA player Iman Shumpert and his fiance Teyana Taylor from his album, The Life of Pablo. The track features Post Malone and Ty Dolla $ign, and is produced by Kanye West, Anthony Kilhoffer, Mike Dean, Ryan Vojtesak and Charlie Handsome. 25-year-old Taylor is a singer herself and has been engaged to the Cleveland Cavaliers player, Shumpert since November, 2015. The happy couple has a 7-month-old daughter together, who is also featured in the NSFW video.

The provocative video showcases a scantily clad Teyana Taylor, walking suggestively around an empty gym. Later, she joins her basketball star husband, Iman Shumpert and the oiled-up couple are shown nude in the shower. Towards the end of the video, the couple are seen reclining with a baby among lambs in the gym, while Taylor sports a feline face. If you’re wondering what the video means, your guess is as good as ours! Classic Kanye.

Here is a sample of the lyrics from Kanye West’s, “Fade” already poised to become a hit. Check out the entire lyrics on Genius.

If you’re wondering where to watch the video of “Fade”, you can check out Tidal.

For more information on the singer Teyana Taylor, click here.