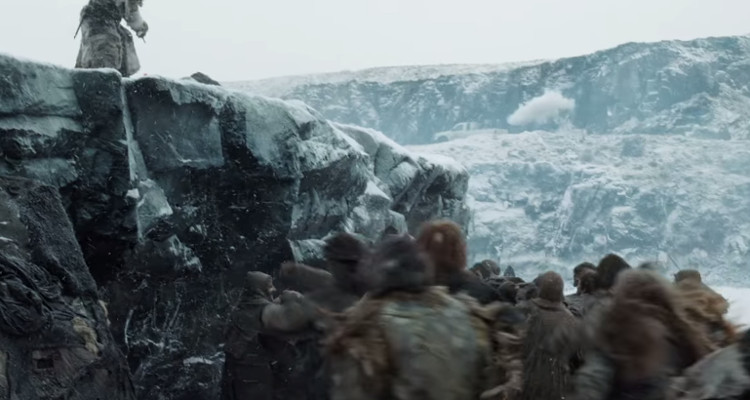 Despite what people think they saw or may have heard, the truth is that there was not a truck in the background of Games of Thrones season 7, episode 6. The screenshot circulating online is actually from a behind-the-scenes documentary that was being shot, and not from the actual episode. Here’s the scoop.

Screenshot from a Documentary

It seems that the scene in question is not from an episode of the blockbuster HBO series. In the scene, a member of Jon Snow’s troupe beyond the Wall, falls and is torn apart by the army of the undead. The circulating screenshot is actually from a behind-the scenes documentary about the episode, which clocks in at nine minutes and 24 seconds.

There is Not a Food Truck on Game of Thrones

In the actual episode, the scene is shot differently. The camera shows the character falling, and being ripped apart, before cutting to Jon Snow, back to the character with blood spilling, and then back to Jon. While filming the show (and the documentary), there might have been more trucks, cameras, people, and other equipment around. However, the show’s creators made sure that none of that was shown in the final cut. You don’t end up with a massive hit like Game of Thrones if you make amateur mistakes!

At the end of the day, there was no truck seen in the last Game of Thrones episode. The excellent production values of GoT remain at a high standard and will likely remain so. Catch the Game of Thrones season 7 finale on Sunday, August 27, 2017, at 9:00 pm EST on HBO.