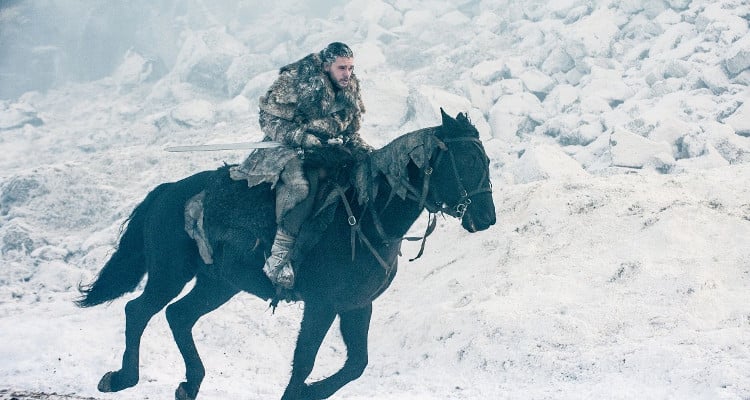 Currently, one of the most favorite and famous TV shows is Game of Thrones. Viewers are so hooked on the series that we often see fan theories surfacing on the Internet about a particular episode, character, or filming location. It is like the thirst for Game of Thrones never ends! Every minute detail about the show is incredibly precious to the viewers, including the Game of Thrones filming locations.

The Game of Thrones season 7 locations have had a hand in making GoT one of the most popular TV series to ever hit our screens. Whether the specific locales are used to fight a battle, to show the seven kingdoms, or to create a setting in complete harmony with the storyline, the producers have gone the extra mile in choosing these stunning landscapes. So, if like the others, you are wondering exactly where Game of Thrones was filmed, then hang on, as we have all the details about the locations.

Fans of Game of Thrones are again on the edge of their seats after watching the epic episode on Sunday. Season 7 has almost come to an end, with just one episode left to air. However, apart from the epic battle scene with the White Walkers, season 7 also introduced us to some breathtaking locations. Since the filming of the first season, the production team has tried different locations like Malta, Croatia, and Ireland.

Filming of season 7 of Game of Thrones started on August 31, 2016, at Titanic Studios in Belfast. Although filming of the entire season wrapped in February 2017, the main studio was based in Belfast, but several scenes and episodes were filmed in different locations.

One of the favorite filming locations for the series is Iceland. Now that winter is here, it makes more sense to use Iceland as the location. Because of a lot of snowfall and the ground covered with snow, it is often difficult to determine the exact locations of certain scenes, but as per sources, the filming took place somewhere around Lake Mývatn, in the lava fields of Dimmuborgir in the north, on the island’s south coast, Thingvellir National Park, the Höfðabrekkuheiði hiking area located near Vik and the Svínafellsjökull glacier near Skaftafell. Lake Mývatn is in Iceland and many scenes have been shot there.

If you have watched the fourth episode of season seven of GoT, then you must have noticed Highgarden, which was the ancestral home of House Tyrell, which was seized season seven by Jaime Lannister. Originally, the place is known as Castillo de Almodóvar del Río and it is located in the Andalusian province of Córdoba. The castle is on the banks of the Guadalquivir.

Remember the footbridge where we see Jon Snow and Daenerys walking? Well, that beautiful location is the Islet of San Juan de Gaztelugatxe. It is located to the west of Zumaia and is not that far from the city of Bilbao.

4. Where is Dragonstone Located?

The most prominent location for season seven is a place where viewers saw Dany finally return to Dragonstone. The rocky beach which we see so many times is known as Itzurun; it is located near a Spanish town, called Zumaia.

Besides the locations mentioned above the Game of Thrones season 7 filming locations also include Spain. The locations in Spain include Santiponce, Bermeo, Zumaia, Seville, Almodovar del Rio, and Cáceres.

While talking about the filming of the season seven, HBO’s programming President, Casey Bloys said, “Now that winter has arrived on Game of Thrones, executive producers David Benioff and D.B. Weiss felt that the storylines of the next season would be better served by starting production a little later than usual, when the weather is changing.” Bloys added, “Instead of the show’s traditional spring debut, we’re moving the debut to summer to accommodate the shooting schedule.”

The locations mentioned above have become big touristic spots, all thanks to Game of Thrones. Besides watching these beautiful places on TV, fans also like to go down to the exact place and discover where the series was actually filmed! Which is your favorite filming location out of all? Let us know in the comments section below. Also, don’t forget to watch the season finale of Game of Thrones on August 27 at 9:00 p.m. EST on HBO!