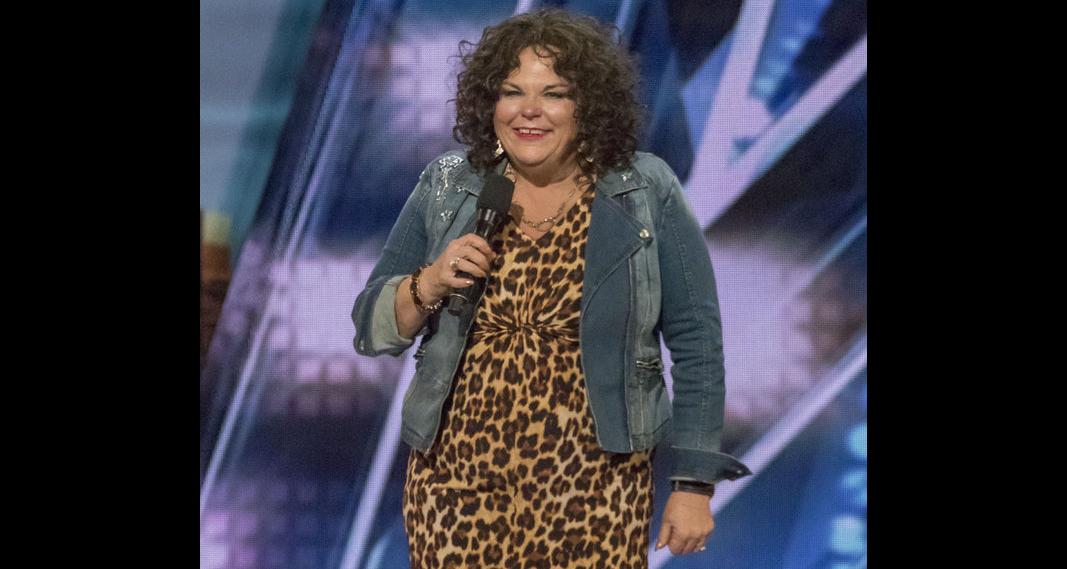 Vicki Barbolak is vying to win the title of season 13 of America’s Got Talent using her greatest talent, comedy. Last night, she even busted out her “bikini bod” and hilariously strutted her stuff before performing her latest comedy routine! She is one of this season’s finalists and the judges love her and her act immensely. If you want to know more about the woman hitting America’s funny bone, then take a look at our Vicki Barbolak wiki!

Vicki Barbolak is 60 years old, which means she was born on November 7, 1958. She hails from Oceanside, California but currently lives in San Diego. Besides being a comedian, Vicki is a writer as well as an actress. She has been seen on screen in Pickin’ & Grinnin,’ Call Me Crazy, and also Accidentally on Purpose.

Happiest Birthday to the best mom in the world! I miss you every second of every day! I can't WAIT to see you in two…

How Vicki Became a Comedian

When she was 38 years old, Vicki came across an advertisement for a stand-up comedy class—and signing up for that class changed her life for the better! After attending the class, Vicki realized that she simply loves to make people laugh and entertain them.

After several years of open mic nights, Vicki worked with Mitzi Shore, the owner of “The Comedy Store,” where she worked on her skills as a comedian.

It has been 20 years since then and Vicki has made some real accomplishments in the world of comedy. She was even named as a member of Jay Leno’s NBC Laugh Squad. She was also awarded as Funniest Mom in America on Nick @ Nite.

Most of her comedy skits focus on her life as a mother, her several marriages, and also her love for the Southern California Trailer Park Lifestyle.

Besides being a comedian, Vicki now can also officiate at weddings! Because of her successful work in the comdey field, Vicki was the first person to win California’s Funniest Female Contest in 2004.

Vicki Barbolak on America’s Got Talent

Hi guys it’s @lilygrossana, @vickibarbolak’s Daughter, SHE’S a little busy getting into @agt finals!!!! So I took over to say THANK YOU TO YOU ALL FOR VOTING! Leave her some love comments and videos here for her to read when she gets done with the show tonight!!! ・・・#Repost @agt with @get_repost ・・・ Send your love to @vickibarbolak because she's joking ? her way to the FINALE! #AGT

When she arrived for the auditions on AGT, she jokingly told the judges that she was a ballerina. The judges were so impressed with her stand-up routine that all of them voted “yes” for her, and she immediately progresses to the next round.

For her Judge Cuts performance, Vicki talked about her stage outfit and normal observations she’s made about her daughter. All the judges, including guest judge Olivia Munn, gave her a standing ovation! Her performance was so great that she had all the judges in stitches! After a resounding “yes” from all judges, she moved on to the Quarterfinals.

Throughout her performances, Vicki also received a standing ovation from the judges (which is no easy feat). Due to the public vote, Vicki is now in the finals, vying to take home that million dollar grand prize! Who knows, maybe she will be the winner of season 13 of AGT!

Today is sunshine! We celebrated last night, now it’s time to get to work for the @agt finals next Tuesday! ??? thank you ALL, this is ours for the taking!

As for the comedian’s personal life? In 2011, Vicki was married to a guy named Lou Barbolak but as she’s mentioned in her routine, she has a couple of ex-husbands so it is unclear if they are still together. According to reports, she has two daughters. Her daughter Lily Gross attended Colorado School of Public Health and currently works at Harvard University School of Public Health as an Undergraduate Researcher.

Emily has been married to Timothy Chandler for 14 years now. He is a retired Marine who is currently studying Global Supply Chain Management at California State University San Marcos. It looks like Emily and Timothy now have three sons together, making Vicki a grandma!

Could this hilarious wife, mother, and grandma extraordinaire be the next winner of America’s Got Talent? Tune in to the finals this week to find out!

Also Read: Some of the Most Interesting Facts about Courtney Hadwin