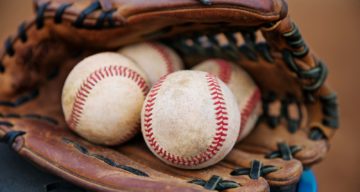 Jason Heyward signed a minor league deal with the Los Angeles Dodgers after the Chicago Cubs released him in 2022. Heyward, who has a tattoo of Chi-Town’s skyline, has expressed his affection for the city for reasons not limited to the Cubs. His biggest connection to the Windy City is his other half. Jason Heyward’s wife, Vedrana Kocovic, has become a constant presence at the outfielder’s games and a fashion inspiration online. We reveal more about this MLB WAG in this Vedrana Kocovic wiki.

Vedrana “Vee” Kocovic was born on September 24, 1992, and hails from Illinois. She grew up in Evanston and is one of four daughters born to Razija and Vasko Kocovic.

Her parents are from Montenegro in the Balkans. They moved to the U.S. and settled in Evanston, where they raised their daughters Stella, Tilija, Vedrana, and Doris Kocovic.

Stella Kocovic Villacorta is a Florida-based doctor. Meanwhile, Tilija Kocovic’s work is currently based in Colorado.

Her game day looks and fits are a staple of her profile. She also shares her boxing and workout routines along with skincare tips.

Kocovic shared in her Highlights that she is working on a book. However, the theme and the progress of the book are currently unclear.

Jersey-born and Georgia-raised Jason Heyward has a special connection to Chicago. One of the primary reasons is that he met Vedrana Kocovic there.

Jason Heyward and Vedrana Kocovic married on March 17, 2021. They welcomed their first child together, a son they named Messi Heyward, in March 2022.