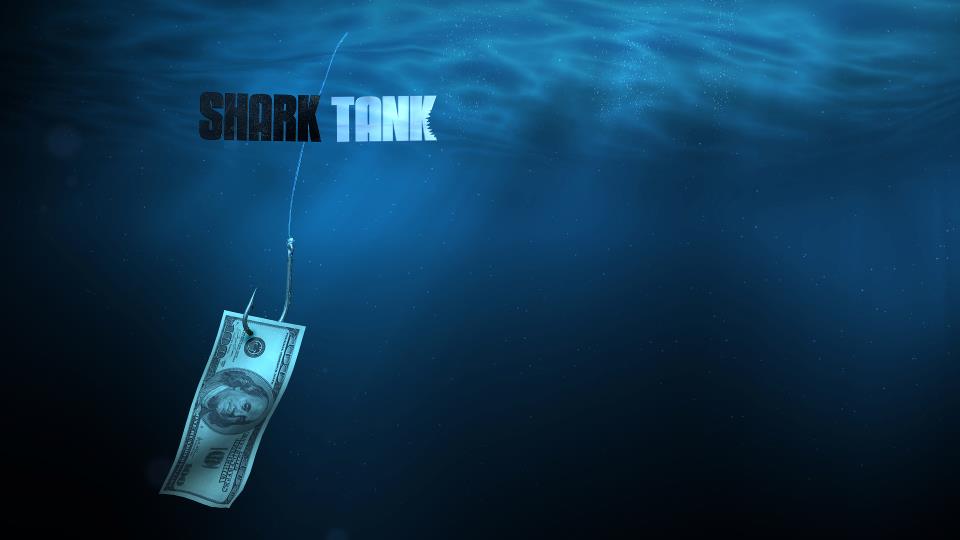 Shark Tank has provided entrepreneurs from all walks of life with a great opportunity to showcase their ideas live on TV! The business-reality show has also helped four such innovations—Bedryder, Twin Z Pillow, Frill Clothing, and the Coco Jack! Four amazing pitches, four great stories; but what happened to them after their Shark Tank experience and episode? Find the updates below!

Product: A Pillow for Twin Babies

At the end of a very hard battle with all the judges on that episode, it was shark Lori who cracked a deal with Michelle and Jason Barsosky, the owners of Twin Z Pillow.

She added that it would have been nice to have Lori involved as a partner but, “In the end, I think we made the best decision for the company, and it was great.”

She said that either way, the exposure certainly helped the couple, and after their episode aired, the company basically doubled overnight! They are more than three years into the business now and are doing great! 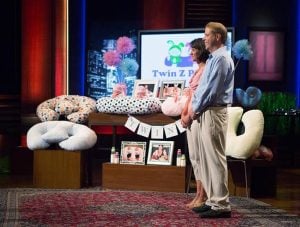 They have upgraded the product features, and have also added new products to their line such as the Sleep Z Pillow, the One Z Pillow, the Kids Z Pillow, and the Twin Z pillow-Plus (for plus-size mothers).

Now, you can even buy Twin Z Pillows that come in a waterproof material. You can also buy pillow covers, Z Blankies, travel bags, and if you are into gifting—then a whole Gold Gift Box for a price of $199.99.

The couple has gone one step further to help people who have twins or multiples, with books, schedulers, and self-help products to help with raising their family.

Though none of the sharks were interested in the product, it was still a very interesting pitch. The Bedryder is a car seat that can be attached to the bed of a pickup truck, making it a “Truck UV.”

After some evaluation of the legality of the seat, the sharks were not okay with the $200,000 investment, and the fact that owner George Conway had come alone. 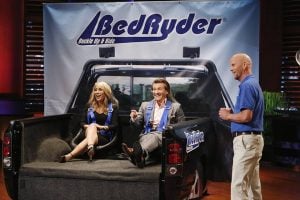 His partner, who owns 85% of the company, Cary, was not present for the show, which only made the investors more anxious about the future of the product.

But after three years, it looks like Bedryder has done great for itself! The seats are selling, and are now priced at $699.00. The reviews have also been great.

Initially, back in 2015, Conway had said that he had sold 800 units in four years, but after the Shark Tank exposure, business has picked up, and is doing great—even without the help of the sharks.

From regular folks and parents, to firefighters and hot air balloon chasers, the double seat (complete with seat belt harnesses for safety) seems to be a hit with those who own trucks.

George Conway referenced the dangers and accidents that have occurred with people riding openly in the back of a pick-up truck.

So, he developed this product so to curb the danger and have seven people “legally” ride in the truck, instead of only five. But how “legal” is it? Not legal enough to make the sharks bite…

While there are a lot of people who have come with the idea of tools that can be used for opening coconuts at home, the Coco Jack attracted the judges, compelling them to fight for the investment deal!

Dave Goodman, owner of the company that helps people crack open a tender coconut in seconds, wanted a $125,000 deal, which Cuban settled for in the end. 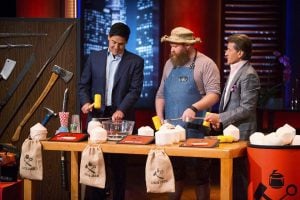 You will need a mallet, a Coco Jack, and the Coco Scoop to have a wholesome coconut experience, and all these products are available within the company.

People need to only hammer the Coco Jack on top of the coconut until the tool penetrates the hard shell, which takes mere seconds to do.

A cap-like structure is carved, which can then be opened to reveal the juice. You can also buy the Coco Scoop, which helps in scooping out the flesh.

Along with the products, the owners have also added sippers, noodlers, baby brushes, tank tops, T-shirts, and jute sacks, which are all Coco-approved!

Since Goodman’s appearance on the show and cutting a deal with Mark Cuban, business has been doing great! Goodman doesn’t only credit the show for the exposure, he credits the changing times and the way technology is helping to advance entrepreneurship.

He mentioned how years ago, there was no Facebook or online outlets to promote budding businesses, but today, those types of sites are giving people new avenues for success.

With his growing success from Coco Jack, Goodman has learned that entrepreneurship is more like Tetris than a game of chess, meaning you have to adjust things to make them work and fit.

In order to get to this point and to make the Coco Jack successful, he’s admitted he has had to change some things and adapt, and that seems to be just what he’s done!

Frill Clothing was started by Kate Steadman and Sharon Bui back in their college days. They came to Shark Tank looking for a $100,000 investment.

The idea was to sell sorority recruitment clothing, and the girls had already made $400,000 in sales before the show! 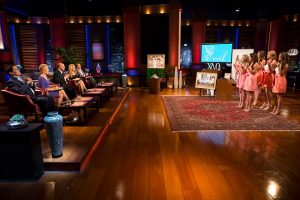 The FT College duo first piqued the interest of judges Barbara and Kevin, with the pricing of the products.

In an interview, Bui explained that she remembers in college having to spend money on recruitment dresses that she didn’t even like, just because the recruits were to all dress the same (or similar).

She studied fashion in school and knew she wanted to get into that business. She explained that in college, there are so many sororities where the recruits hoping to join go out and buy matching outfits.

So, Bui partnered with Steadman, and the two began their business—which quickly became a huge success. That’s when they applied for Shark Tank, and the judges loved them!

After securing a deal with Barbara Corcoran and Kevin O’Leary, their budding business took off! Today, the company has extended and added a whole range of clothing (not just dresses), and have also ventured into the wedding market!

The tops, tanks, hoodies, pullovers, and accessories can be customized according to the sorority group (and wedding party).

Other customized accessories, like sunglasses, foam fingers, socks, fanny packs, and snap back caps take a special place among buyers!

Also Read: What Happened to the Elliptical Stroller after “Shark Tank?”