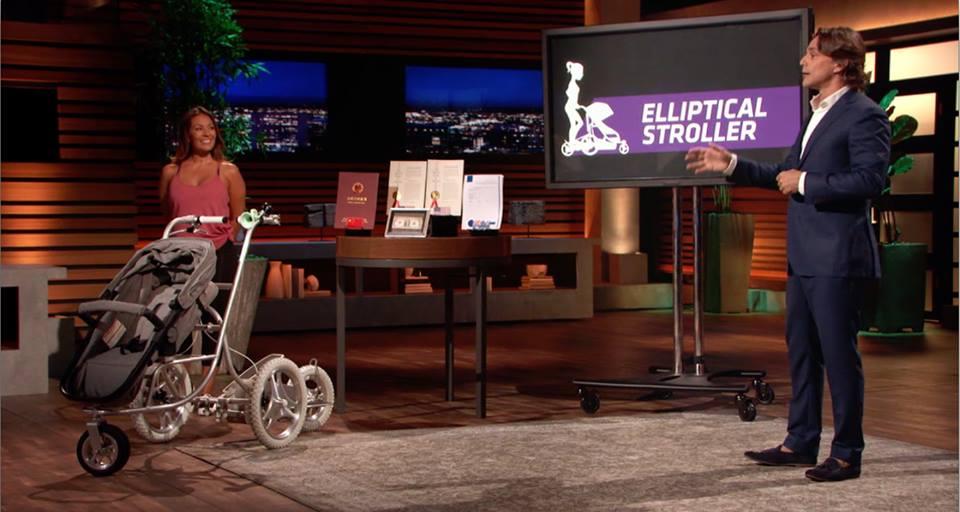 On season 9 of Shark Tank, Pier Paolo Visconti brought on board a workout wonder for all mothers. Although it’s highly impressive, his Elliptical Stroller did not look like a lucrative offer to the Sharks, and Visconti went home empty handed! So, what happened to the Elliptical Stroller after Shark Tank? Did it become a success?

It looks like Shark Tank fans are not done with the hit ABC business-reality show just yet, even after nine seasons! And neither are the entrepreneurs, who did not strike a deal in the tank with Pier Paolo Visconti.

Visconti is not the only one who was rejected on the show. But he didn’t give up on his invention—the Elliptical Stroller. In fact, many are still curious about the smart invention for moms!

No Deal on Shark Tank

The Elliptical Stroller inventor claims his product to be the only stroller in the world that doubles as an exercise machine. When Pier Paolo Visconti’s sister couldn’t lose her post-pregnancy fat without compromising time with her baby, he came up with the idea of combining a stroller and an elliptical machine.

Although they liked the concept, sharks Kevin O’Leary and Robert Herjavec did not like the weight of the product after they took the stroller for a ride.

It was suggested that Visconti sell his idea to the biggies that already exist in the stroller market for a big cut. However, Visconti was not ready to go that route.

Visconti was adamant about having one of the sharks involved in his invention. But they were not all convinced, especially about his asking amount of $500,000!

He also told the sharks that the price of the Elliptical Stroller he brought to the show was worth $48,000!

Improved Stroller after Rejection from the Tank

Pier Paolo Visconti is a real estate agent at Douglas Elliman in Florida. The Italian born and raised Miami resident has upped the game on his stroller invention, which he said he spends time working on in his spare time.

The official website for the product lists numerous benefits of the stroller for mothers and their babies, along with news of an improvement. It appears as though Visconti is still working on the prototype and hasn’t sold any products yet.

But the website suggests that a new model, The Baby Step, is on its way! The photographs of the new prototype have also been published.

The Baby Step looks a lot simpler, smaller, and easier to use compared to the original design. Many felt the original model was too bulky and weighed too much. However, it looks like Visconti took their criticism. The new model can be attached to most popular strollers, so that’s got to be a great advantage to buyers and investors!

Maybe if Visconti makes a go at Shark Tank again, the investors might consider his new, smaller, lightweight model!