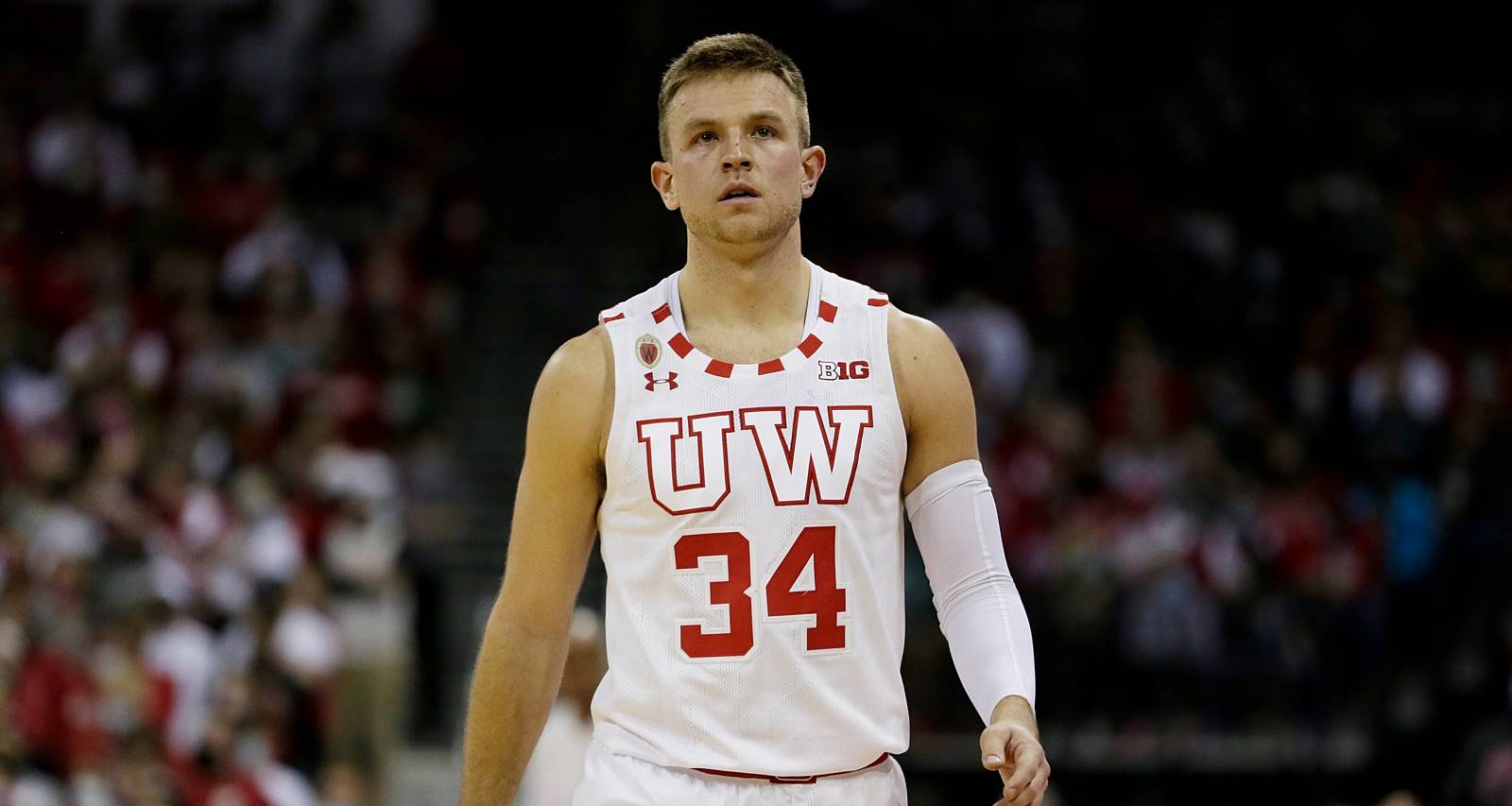 Brad Davison etched his name in the Wisconsin Badgers history books as the three-point king, surpassing Bronson Koening. And perhaps some of the credit goes to his personal coach, also known as Brad Davison’s girlfriend. Tyra Buss is a former basketball player and currently a coach with a legacy of raising standout athletes. Shortly after their engagement, Davison revealed how Buss has been behind the improvement in his game. Now Badgers Nation wants to know more about who Davison’s wife-to-be is and her background, which we reveal in this Tyra Buss wiki.

Tyra Buss was born on April 25, 1996, and hails from Mount Carmel in Illinois. She is the daughter of Tim and Kelly Buss.

Athletics and coaching runs are a Buss family legacy, as Tyra’s parents are also coaches and educators. Her mother Kelly is a physical education and track coach. Her father coached basketball and baseball, but served as a school superintendent, too.

Tyra Buss earned a name for herself playing basketball at Mount Carmel. She went to Indiana University with several honors to her name and continued to add to it on the Hoosiers basketball team.

The Hoosiers’ all-time leading scorer graduated in 2018 with a bachelor’s degree in physical education and coaching. From there, she had a brief stint playing professional basketball in Greece.

Buss came back to Indiana to work as a trainer for almost four years. She also went to WNBA training camp in Connecticut.

After college and when professional playing prospects were slim, Buss was still figuring out what she would do next. She even tried working in the broadcast business for the Big Ten Network.

Ultimately, she decided following the family legacy was the path for her. In 2020, the University of Evansville announced Buss as an assistant coach on the women’s basketball program.

“I just kind of grew up in a family of coaches,” Buss said about her new appointment. “I wanted to play for as long as I could and after that stay involved with the game. I love working with players and to be a part of a great coaching staff at Evansville, I’m just looking forward to getting started. After I stopped playing, coaching’s something I really wanted to do.”

Buss slid into Brad Davison’s Instagram DMs after hearing about the young basketball player. Their conversations turned to exchanging phone numbers and long FaceTime sessions before they officially began their relationship in 2020.

The basketball power couple maintained a long-distance relationship through the pandemic, with Davison playing with the Wisconsin Badgers and Buss busy in her new coaching career. Davison often traveled to visit Buss at Bloomington or Decatur. They’d meet at a restaurant, go on a date, and he’d return to practice the same day.

Buss is not only Davison’s girlfriend, but also his personal coach. She offers him advice before a game and constructive criticism afterwards, and he credits her for improving his skills on the court.