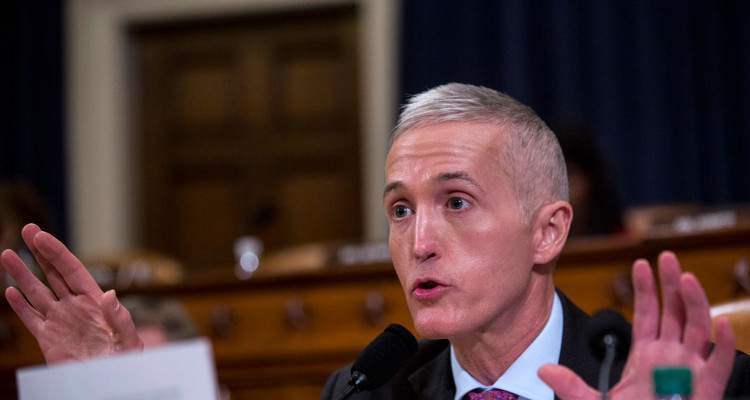 Terri Gowdy is quite a looker and won several beauty pageants when she was younger. However, she chose to become a teacher’s aide rather than going for a glamorous career. She has been the quiet force behind her husband’s success in both law and politics. Now, she’s standing right beside him as he has decided to work full-time on his legal career.

Trey Gowdy, the House Oversight Committee Chairman, said on Wednesday, January 31, 2018, that he has decided not to seek re-election and that he plans to leave politics! Gowdy, a former federal prosecutor, issued a statement in which he said that he would retire from Congress at the end of his term and devote himself to his independent legal career.

This decision has caused ripples in Washington and has put the spotlight on Trey’s family, especially his wife, Terri Gowdy. The problem is, not much is known about Trey Gowdy’s wife. But we did a little digging and found a few interesting facts. Check out the details in our Terri Gowdy wiki.

Born as Terri Dillard on September 11, 1961, Terri Gowdy’s age is 56. Gowdy took part in several beauty pageants when she was young and has won titles such as Miss Spartanburg. She was once the 2nd runner-up at the Miss South Carolina pageant, as well.

Gowdy is the daughter of Pat and the late Frank Dillard and was brought up in a moderately religious household. Frank Dillard was an Army veteran and a longtime member of the First Baptist Church of Spartanburg. He also served as Spartanburg County Councilman. He died in 2010 at the age of 80.

Despite winning several beauty pageants, Terri did not work in the beauty or entertainment industry. Instead, she chose a more conservative path by becoming a teacher’s aide, and she currently works for the Spartanburg School District. Gowdy works as an assistant at Anderson Mill Elementary.

Also Read: Paul Ryan’s Net Worth in 2018: The Man from Wisconsin Who Could Soon Be King!

The Kids Are Alright

Terri has been very particular about giving her children an excellent upbringing. She is the mother of two teenaged children named Watson, a son, and Abigail, a daughter. Watson is currently studying at the Washington and Lee School of Law, while Abigail attends the University of South Carolina.

Terri loves animals, especially dogs, and has two of her own. Her dogs are named Jury and Bailiff, which is not surprising since her husband Trey is an accomplished lawyer who loves his profession!

People who are searching for Terri Gowdy’s photos will have a tough time finding them, as she is very particular about maintaining her privacy. In fact, there are very few pictures of her on the Internet. Right now, Terri is wholly supportive of her husband and his life-changing decision to quit politics and devote himself to being a full-time lawyer.