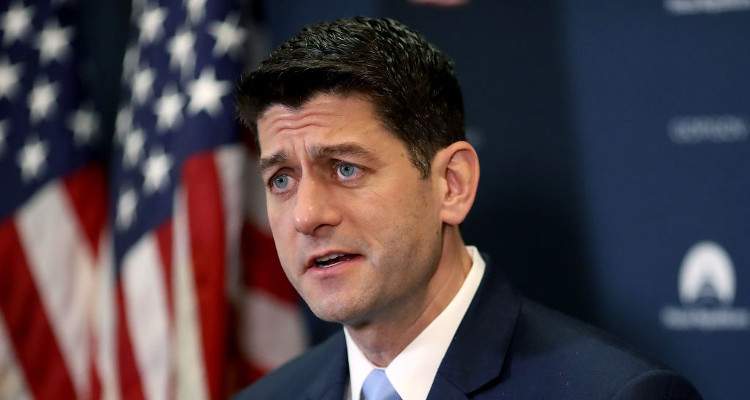 Many people believe that Paul Ryan could be a good president, and believe that his time will come soon. He is currently the Speaker of the House and has some wealth of his own. But how did Paul Ryan make his money? Apart from his salary, Ryan makes money from his big investments. With a net worth estimated at $7.8 million and an independently wealthy wife, Ryan might stake his claim in 2020.

Paul Ryan is always in the thick of things, as far as the affairs of the Republican Party go. Now, he’s made a call to “cleanse” the FBI and has backed the release of a controversial memo that reportedly gives information on alleged surveillance abuses by the U.S. government.

The 54th Speaker of the United States House of Representatives has also been the U.S. Representative for Wisconsin’s first congressional district since 1999. Many people believe that Ryan has the potential to be the next president!

Many are stunned when they hear how wealthy he really is and are curious to know how Paul Ryan made his money. So, keep reading for details about Paul Ryan’s net worth in 2018, right here.

Many Productive Years Ahead

According to reports, Paul Ryan’s net worth is approximately $7.8 million and expected to grow as he is an active member of the Republican Party.

Paul Ryan’s Net Worth Compared to Other Politicians

Ryan is married to Janna Little, a tax attorney who comes from a wealthy family of Oklahoman trial lawyers. She is also related to the state’s Boren political dynasty.

When Little’s mother (Prudence Little) passed away, she received a one-third interest in the Prudence Little Living Trust. It was listed by the Ryans as being worth between $1.0 million to $5.0 million.

Paul Ryan invested a major share of his wealth in the stocks of Fortune 500 companies and a few funds. He holds stocks through two partnerships—Ryan-Hutter Investment Partnership and Ryan Limited Partnership.

Also Read: Oprah Winfrey’s Net Worth 2018: Could We Have Another Billion-Dollar President?

Some of the companies in which Ryan holds stocks include Apple, General Electric, Exxon Mobil, Kraft, IBM, Phillip Norris, Nike, Whole Foods, and Starbucks. His biggest stock holding is in Home Depot, ranging between $100,000 to $250,000, which he acquired in 2012.

Paul Ryan’s house is a magnificent mansion in downtown Janesville, Wisconsin, that was built in 1929. It boasts of an area of 5,786 square feet and has 13 rooms, six bedrooms, seven bathrooms, and a detached two-car garage.

Ryan’s mansion is made of red bricks with white trim and black shutters, a gray slate roof, stone windowsills, as well as copper gutters and downspouts. It’s absolutely stunning!

A Man with Ambition

Ryan likes to exercise and feels that being fit is very important. Many believe that he is working hard to become the next president!

In 2012, Ryan actually ran for vice president, but the Democrats triumphed. But, he has not given up on his ambition and is focused on his goals.

With a loving family, a net worth estimated at over $7.8 million, and raw ambition, Paul Ryan could be the man to watch out for in 2020!