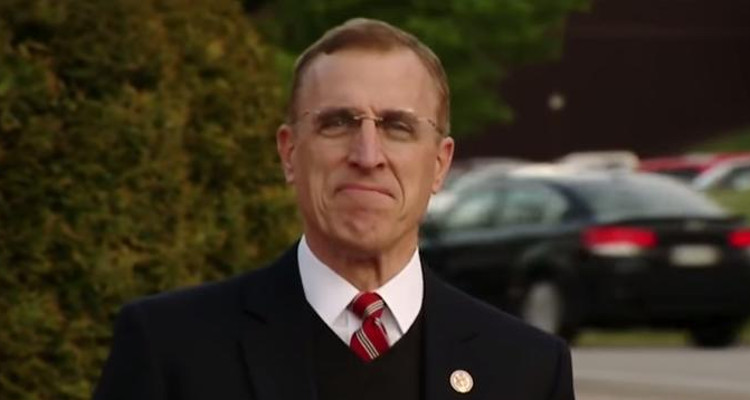 Republican Congressman Tim Murphy is in a heap of trouble. Though he is known for his strong stance on anti-abortion, it surfaced that when his mistress Shannon Edwards was pregnant, he was quick to suggest an abortion. Read on to know more from Shannon Edwards’ wiki and why the she spoke about abortion in public.

In his 2012 campaign, Congressman Tim Murphy was vehemently against abortion, but it was recently revealed that his stance might have changed. After he confessed to having an extra-marital affair with Shannon Edwards (a clinical psychologist), text messages he sent asking her to get an abortion have surfaced. Who is the mistress that Tim Murphy got pregnant? Here are five things you need to know about Dr. Shannon Edwards.

#1. Shannon Edwards is a Professional Psychologist

Shannon Edwards went to the California University of Pennsylvania to obtain her Bachelor’s degree. She then attended The Chicago School of Professional Psychology and graduated with a Master’s degree in Clinical Psychology, in 2008. She continued at the college to receive her PsyD.

Her LinkedIn profile suggests that she is a Clinical Forensic Psychologist. She practices in the greater Pittsburgh metropolitan area as a mental health care professional.

According to sources, the professional psychologist was against the banning of Full House in the ‘90s, and even went door-to-door to get petitions signed to prevent it! Edwards was passionate about bringing the show back on the air, and she calls herself a “social advocate by nature.” She also wants to help as many mentally ill people as she can in her state and country.

In what was a very messy divorce involving a lot of public attention, Shannon Edwards and Jesse Sally’s divorce took an embarrassing turn. Congressman Tim Murphy admitted to having a relationship with Edwards, outside of his marriage. Additionally, Sally stated in his divorce case court filings that the reason for their marriage ending was Tim Murphy and the affair he had with his wife.

Back in January this year, Congressman Tim Murphy posted on his official Facebook page that they were successful about the pro-life Pain-Capable Unborn Child Protection Act, which was slammed by Shannon Edwards.

In a reported revelation that was published by the Pittsburgh Post-Gazette, she texted Murphy saying, “You have zero issue posting your pro-life stance all over the place when you had no issue asking me to abort our unborn child just last week when we thought that was one of the options.”

This message was met with a very disturbing response by the pro-life supporter who said, “I get what you say about my March for life messages. I’ve never written them. Staff does them. I read them and winced. I told staff don’t write any more. I will.”

The Pittsburgh Post-Gazette reported that after they won a motion to reopen Edwards’ divorce case, the Congressman made a public confession of having an affair with the married woman in September 2017. “Last year I became involved in an affair with a personal friend. This is nobody’s fault but my own, and I offer no excuses. To the extent that there should be any blame in this matter, it falls solely upon me,” said Murphy.

The news about his abortion request broke out just as the House passed the Pain-Capable Unborn Child Protection Act, and Tim Murphy was leading it. The hypocritical behavior has led many to lose their faith in the Congressman. And, no matter what he will do in the future, the chances that he will be taken seriously are now slim.