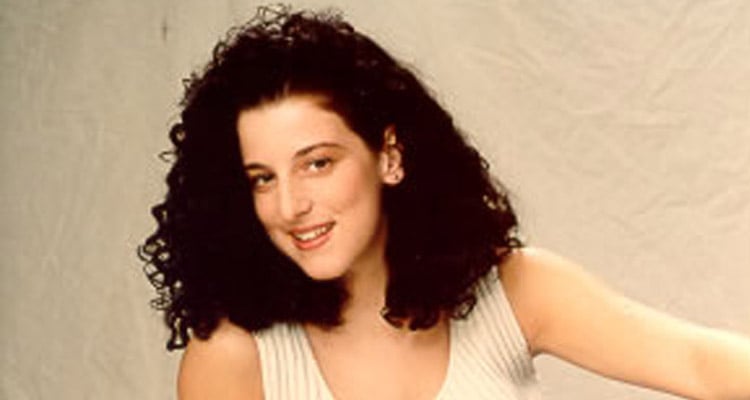 Chandra Levy was a young woman whose Washington career was cut short when she was murdered in May 2001. More than a decade has passed and yet her murder remains unsolved. A new Chandra Levy documentary strives to answer the question: Who killed Chandra Levy?

Chandra Levy went missing in 2001 never to be seen alive again. Her murder uncovered a deep political plot and upended Washington. 17 years and counting, her murder remains unsolved. Now, TLC will air Chandra Levy: An American Murder Mystery which explains the political connection to her death. Here’s what you need to know about the intern’s unexplained death in Chandra Levy’s wiki.

Who Is Chandra Levy?

Chandra Levy of Cleveland, Ohio moved with her parents, Robert and Susan, to California from where she graduated high school. She earned a degree in journalism from San Francisco State University before interning in bureaucratic wings and worked in the L.A. Mayor’s office. Armed with a master’s degree in public administration from the University of Southern California, she moved to Washington D.C.

In her final semester, Levy interned with the Federal Bureau of Prisons in D.C., where she was assigned to the public affairs division. There she impressed with her knack to handle media inquiries in sensitive criminal cases. But her internship was terminated abruptly, and she returned to California to graduate in May 2001.

But she never made it home. Levy was last seen alive on May 1, 2001. On May 6, her parents contacted D.C. police saying their daughter was missing. They investigated her disappearance with no suspicion of foul play initially till they uncovered grave revelations.

Skeletons in the Closet

Levy’s family told the police that she confided in them about an affair with a Congressman. It was uncovered that she had an illicit affair with Gary Condit who was married. After searching her apartment, the police found a connection to Condit and a link to Rock Creek Park in D.C.. Police searched the Rock Creek Park area to no avail.

Condit initially denied the affair, but Levy’s family insisted that he was hiding something. Even the police said that the Congressman was not a suspect. After he reportedly admitted to the affair to law enforcement, more details were uncovered including Condit’s other affair with a flight attendant.

Condit’s affair with a missing woman made national headlines for weeks until the 9/11 attacks. There were opinion polls that claimed he was guilty of her disappearance and should resign. He lost his Congressional re-election over the controversy, though there’s no conclusive evidence he had anything to do with Levy’s disappearance.

The then 24-year-old’s family and friends described her as an enigma. She was said to be ambitious and coveted power. She followed a vegetarian diet, but that’s the least of what people had to say about her. According to her acquaintances in her profile interview, she dreamed of a career in the FBI, but the beautiful young woman also wanted to be a model and posed for glamour shots when she was 17. These very glamour shots that were circulating when she went missing.

Her friends knew about her public administration dreams, but they couldn’t even guess which political party she supported. One claimed that she interned in multiple places to build up her resumé. Levy’s desire to work in law enforcement probably stemmed from her days in the Explorer Scouts police program where she busted retailers selling alcohol to underage peers.

Levy was reportedly attracted to older men in positions of influence. Her friends said that she sometimes loathed to give up on power and didn’t take the end of her relationships very well. For most of 2001, the media painted a picture of an ambitious intern besotted by a Congressman to much hype and people consumed the story ravenously. There were various concocted stories that came up as the police carried out their search, including the one that she might have been pregnant and in hiding.

The attention on Levy’s affair with Condit and her disappearance only seemed to die down when the September 11 attacks happened that year. The interest was revived a year later at Rock Creek Park where she reportedly went before she disappeared.

A Drastic Turn of Events

On May 22, 2002, more than a year after Levy’s disappearance, a man was walking his dog at Rock Creek Park and found what he thought was a turtle shell. He later learned it was a human skull. The police were called, and they uncovered more skeletal remains and personal items scattered, but not buried. The remains were found to be those of Chandra Levy. The preliminary autopsy provided enough evidence to open a homicide investigation into her death.

Those who followed Levy’s case were appalled by the law enforcement’s mistake that led to the loss of evidence with time. Her remains were found not far from where the police had searched a year ago. More mistakes by law enforcement surfaced. They missed important clues like the security cameras in her apartment building and an inexperienced sergeant nearly destroyed evidence from her laptop which led to a delay in putting together the mangled data from the device.

Law enforcement faced flak for their handling of Levy’s case until her remains were buried in a memorial service a year after they were found. A tip-off led to the prime suspect in Levy’s death: A man named Ingmar Guandique. The illegal immigrant from El Salvador reportedly confessed that Condit paid him to kill Levy. But the connection to Condit was ruled out given Guandique’s history.

The then 20-year-old man was involved in two assault incidents on female joggers at Rock Creek Park shortly before Levy’s disappearance. Additionally, he didn’t show up at work the day Levy disappeared. His landlady also said she remembered seeing him scratched and bruised the day of the Levy incident.

Guandique denied attacking Levy, and a polygraph test concluded that he was “not deceptive.” But his lack of English fluency and language barriers made the reliability of the test doubtful. He was sentenced to 10 years in prison for the other assault cases while Levy’s case went cold once again until private investigators dug it out again around five years later.

Investigators found evidence which led to Guandique being charged with six counts including Levy’s murder. His previous assault victims also testified against him during his trial. He maintained his innocence even when the charges were dropped to start the trial afresh. The prosecutors are not pursuing the case against Guandique but instead pressing to have him deported. He reportedly was deported earlier this year.

But Chandra Levy’s family is still coming to terms with the mysterious circumstances of her death. Joe McCann, one of the private investigators who looked into her case, is hoping that the new TLC documentary will compel someone with information on Chandra Levy to come forward.