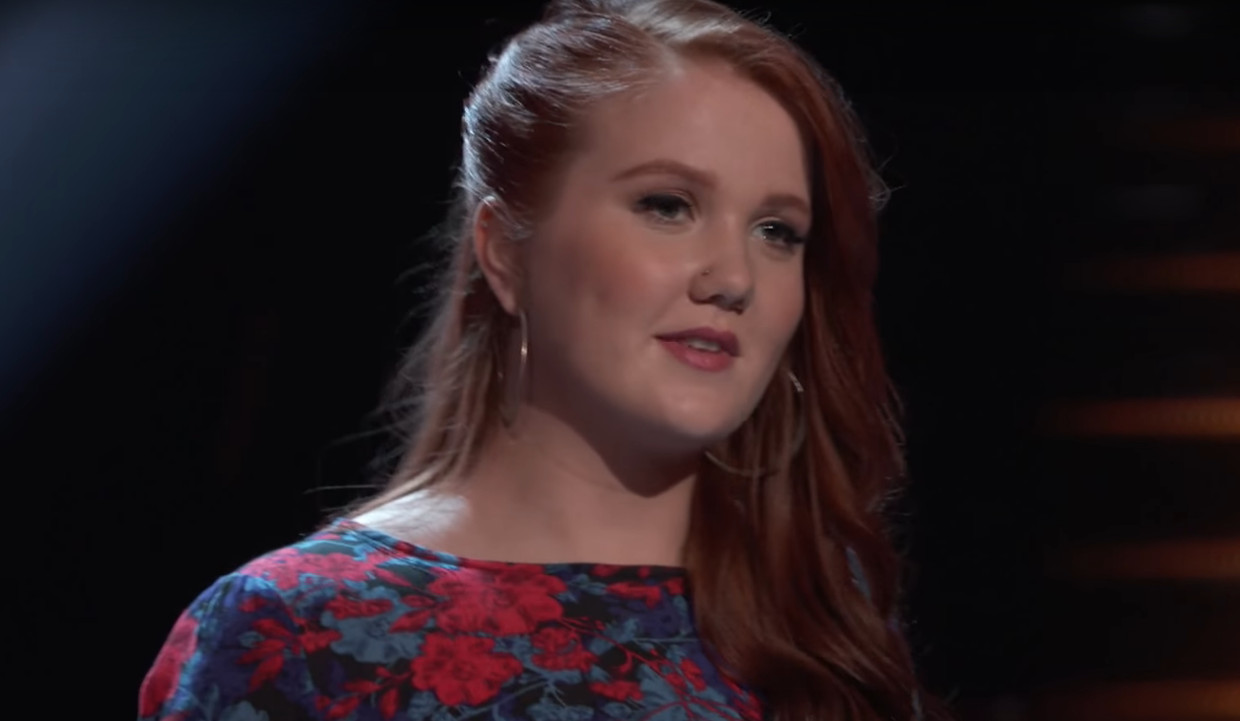 She’s got the voice of an angel! That’s the first thought that comes to mind when you listen to Hannah Goebel sing. Hannah Goebel’s The Voice 2018 blind audition on Monday impressed all four judges, and Kelly Clarkson finally used her “block” at a crucial time! Keep reading to find out more about Hannah Goebel, as she’s certainly one to look out for this season!

If you heard Hannah Goebel on The Voice last night, you would think that she’s released an album or two already!

With one of the best blind auditions of the night, Goebel sang Alicia Keys’, “If I Ain’t Got You” and got all four of the judges to turn their chairs around! And Keys herself couldn’t help but smile and sing along as Goebel brought the house down with her powerhouse performance. However, Key’s glory was shortlived when she realized Kelly Clarkson used her block to thwart any chance of Keys nabbing this performer!

Want to know more about the songstress with the golden voice? Then keep reading, as we have details from Hannah Goebel’s wiki.

This Singer’s Got Soul!

Born and raised in Omaha, Nebraska, Hannah Goebel’s age is 21. After she graduated from high school, she opted not to go to college and moved to Nashville, Tennessee to pursue a career in music, instead.

In a 2016 interview, Goebel described Tori Kelly as her inspiration and said, “I’ve always, you know, from day one, probably three years ago, I would watch her on YouTube and just, you know, envy her. And I was like, you know, if she can do it, I can do it.”

Hannah Goebel’s family is extremely supportive of her and were seen cheering her on during her blind audition Monday night.

Also Read: Britton Buchanan Wiki: This Incredible Performer on “The Voice” Is a High School Student!

Even back in 2016, Goebel spoke about her parents’ decision to let her pursue a music career and said, “I’m really thankful to my parents for supporting me because without them I wouldn’t be here.”

You can also check out some of Goebel’s performances on Instagram. We especially love this cover of Toni Braxton’s, “You Mean the World to Me.”

A Breathtaking Blind Audition on The Voice

As the last performer of the night, Goebel did not disappoint; her perfect vocals and superior technical skills wowed all four of the judges who were all vying for her to choose them as her coach!

Choosing Keys’ hit, “If I Aint Got You,” Goebel’s amazing voice mesmerized the judges and audience, while Alicia Keys excitedly listened to her own song through the vocals chords of this amazingly talented young woman.

Goebel’s performance was applauded by all the judges with Keys saying, “Your voice has such a power to it, and I really felt that and I loved it.”

Also Read: Christiana Danielle’s Wiki: The Young Woman on “The Voice” Who Blew Away the Judges with Her Soulful Voice

Team Kelly for the Win!

There was a fierce battle among the judges for Goebel with Kelly Clarkson getting a headstart by finally using her “block” to take Alicia Keys out of the running.

Adam Levine and Blake Shelton also praised Goebel and went back and forth on why they’d be a great coach for her. But after Clarkson’s heartfelt appeal to Goebel on why she must choose her, Goebel opted to join Team Kelly.

With an incredible voice like hers, we can already see Goebel going far in the competition.

In case you missed it, you can check out Goebel’s blind audition here! (Warning; you may get chills!)