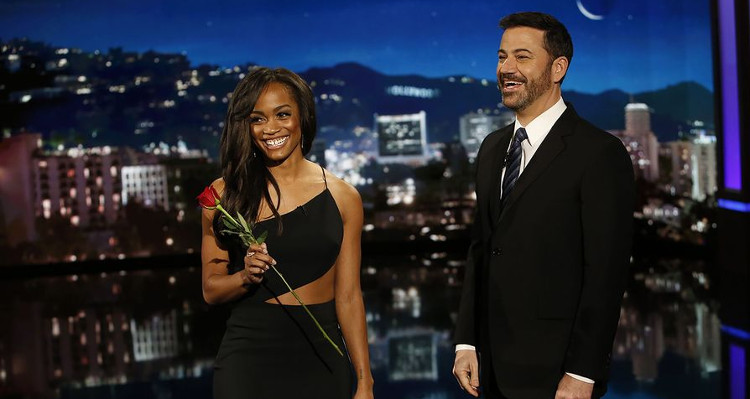 Okay Bachelor Nation, it’s time to get your Bachelorette viewing parties in motion! Rachel Lindsay has begun filming for The Bachelorette 2017, and we’ve got pictures of the first night of drama. If you’d rather wait until the show airs, be warned, this piece contains spoilers!

The ink on Nick Viall and Vanessa Grimaldi’s reality love story has yet to dry, and The Bachelor mansion is already open for business. Those who are new to Bachelor Nation might be asking: who’s the next Bachelorette? Nick Viall’s third runner-up, Rachel Lindsay has made history as the first black Bachelorette to be casted by ABC, and now, she’s ready to begin her quest for love! The Bachelorette season 13 started filming, and Rachel Lindsay is meeting all the men courting her for the first time. That’s not counting the four suitors she met on The Bachelor After The Final Rose special. Here’s a preview at the cast of The Bachelorette 2017.

Let's do it!!! #TheBachelorette pic.twitter.com/Sf6pcE8igY

The Journey Continues on The Bachelorette

The creator of The Bachelor and The Bachelorette, Mike Fleiss —love him or hate him— shared pictures of the big day, as in the start of The Bachelorette season 13. He gave out the first sneak peak of the first day of filming and much more. We got a look at Rachel, looking like a vision in white in a shimmery gown. He also gave a peak at the pool in The Bachelor mansion, where one of the guys is sure to go shirtless on the first night. There’s even a cheesecake for the guys to snack on before they drop and give a 100! We have high expectations for the limo arrivals. Boys, don’t disappoint!

There’s a room full of “Dudes” tweeted by Fleiss and the cast appears to be diverse. The source of all things Bachelor, Reality Steve gave a preview of some of the men on Rachel’s season. Take a look at who these guys are, right here.

He was the first guy Rachel met on The Bachelor ATFR special. The 30-year-old works as a recruiting consultant for Michael Page in LA. He’s the guy who “proposed” to Rachel on ATFR. So, we’re looking forward to what his real limo arrival will be like!

We saw this bumbling nervous hunk on ATFR, too. The 31-year-old works as a personal trainer in LA, though he’s originally from Florida. He promises some drama since his ex-girlfriend is ready to roast him and air out his dirty laundry. He also appeared on WE TV’s Ex Isle, a show that puts former couples on a deserted island.

We then saw Dean Unglert, a recruiter for StartupTAP, who made a nervous joke as his opening line. Maybe he could redeem himself during the real limo arrival. The 26-year-old was busted for underage drinking back in 2010 and might be able to cause some drama in the mansion.

He’s a motivational speaker and fitness enthusiast from Baltimore. He danced with Rachel during ATFR and we’d love to see them bust a move again! In other news, he has written a book and he used to model.

The 28-year-old moved from Russia to the U.S. when he was just a teen. A swimmer from Wayne State University, he now works as an accountant. If it doesn’t work out with Rachel, Bachelor Nation would eagerly set him up with The Bachelor season 21’s, Kristina Schulman, the one with a heart-wrenching backstory in Russia.

All that’s known about this contestant is that he’s a 30-year-old from San Francisco. He currently works in Talent Acquisitions Operations at Workday and is a former U.S. Marine.

This Wisconsin native is a personal trainer (at this point, it’s a stereotypical profession in the franchise). He used to model (one more Bachelor stereotype) and volunteers for the Make a Wish Foundation.

One of the few in the medical field this season, Treece is a family medicine doctor in Arkansas. If you remember, Nick Viall’s runner-up, Raven Gates is from Arkansas, too.

Dr. Abasolo is a chiropractor for the Accident and Injury Team, a medical organization that treats people with chronic pain and injuries from accidents. Robert Mills, an ABC executive, hints that a doctor is a villain this season (the season only started filming Mr. Mills!) and Reality Steve predicts it’s Abasolo.

He’s from Dallas, so there’s literal common ground between him and Rachel. He now lives in LA where he works for Chernin Entertainment. He holds two Masters degrees, one in business and the other fine arts. He could be a match for the well-accomplished Rachel!

He’s from New York but currently lives in Miami, Florida. He works as a sales manager for Herman Miller and was a college basketball player.

That’s the cast that is known so far, and they look promising —of drama that is! It’s up to Rachel to find the man for her, and she sure has her work cut out for her! We might have a peek at the guy who gets the first solo date, which involves horseback riding! If the guys only had their official Instagram and Twitter accounts public, we could’ve at least seen who the lucky guy is. Alas! ABC is taking precautions so the guys don’t disclose details of filming. What happens in the Bachelor mansion, stays in the Bachelor mansion —at least until May 22, 2017 when The Bachelorette stars!