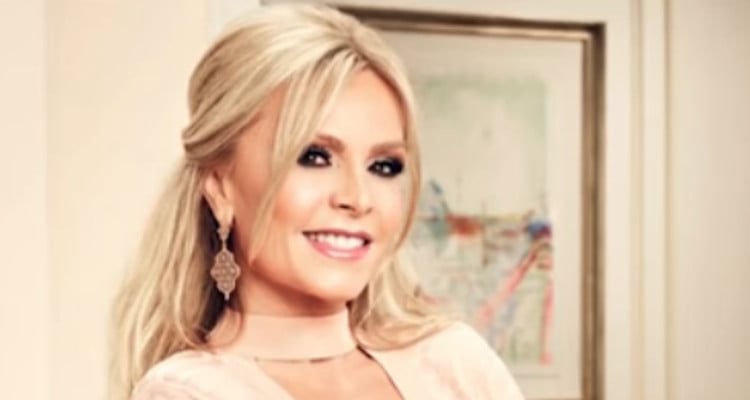 Season 12 of The Real Housewives of Orange County premiered on Monday, July 10, 2017, and with that came the drama and tears. Tamra Judge broke down during Bible study over the strained relationship she has with her daughter. Here is everything you need to know about Tamra Judge’s daughter, Sidney Barney.

The Real Housewives of Orange County has reached its 12th season and fans were more than excited to watch the premiere last night. A lot of questions were left unanswered in Season 11, which fans hope will be addressed now. One of the stars who has been on the show since day one is Tamra Judge. On Monday’s episode, Judge cried while at Bible study with Lydia McLaughlin after being asked if she felt abandoned by God.

Judge opened up to McLaughlin, saying that she had not seen her daughter in over three years. Since going to her daughter’s graduation in June, Judge began working on fixing the relationship she had with Sidney Barney, who started communicating with her mother through text. We are only one episode in and fans want to know more about Tamra Judge and Sidney Barney. Keep reading for everything you need to know about Tamra Judge’s daughter.

Also Read: “The Real Housewives of Orange County” Cast: You Win Some, You Lose Some

Unlike her mother, SidneyBarney has stayed out of the limelight. Because of this, not much is known about her, but we do know that Sidney Barney’s age is 18, and she has had a strained relationship with her mother, Tamra Judge, for over three years. However, it looks like the mother and daughter are mending their relationship. Last month, Judge posted a photo on Instagram with her daughter on her graduation day. The photo montage Judge shared included her ex-husband, Simon Barney.

During the Season 10 reunion of The Real Housewives of Orange County, Tamra Judge opened up about the problems her family was facing. Her daughter decided to live with her father, which was a difficult time for Judge who revealed, “I feel like at this point if I can help others go through it, because divorce and when kids separate and pick sides, it’s not uncommon. But people don’t want to talk about it because they feel like, oh they’re a failure. Well, Spencer lives with me full-time, Sidney lives with her dad full-time, and it’s actually a heartbreaking situation because he doesn’t talk to his father, and Sidney doesn’t talk to me. And the only time they see each other is when they pass each other in the hallways at school. It’s not the way I want it, you know? I beg and ask that we can fix it, but it’s got to be from both sides.”

Judge is currently optimistic about her relationship with her daughter and believes that, with time, they will be able to burn their bridges and live together as a family again. As the latest season of The Real Housewives of Orange County unfolds, we can only hope that the mother and daughter duo’s relationship gets better.

The Real Housewives of Orange County airs Mondays at 9 p.m. EST on Bravo.