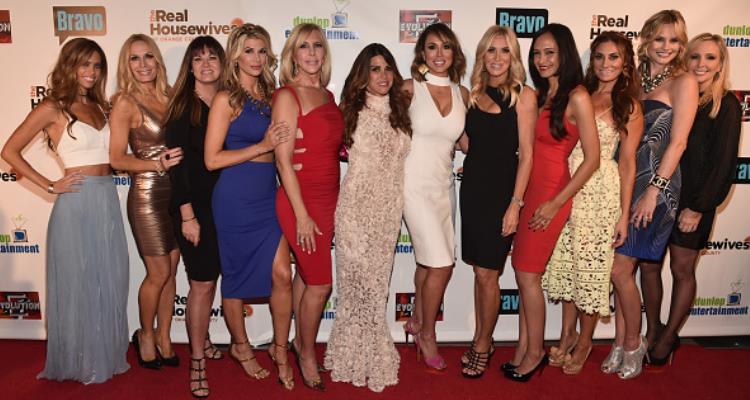 Former cast member, Heather Dubrow announced in January that she departed from the series. This came as sad news to many fans as she was the center of numerous iconic moments in seasons before. The actress and television personality first joined in season seven and her wit and hilarious reactions made her an unforgettable personality. Hilarious and dramatic factors like her marriage to Botched plastic surgeon Dr. Terry Dubrow, and her legendary feud with Kelly Dodd (also from the show) made her a truly memorable reality TV star. Despite her departure, which was her decision based on changes in her life and desiring more privacy, we’ve still got some fantastic woman on board the upcoming season!

After a four-year break, Lydia McLaughlin is back to join the cast of The Real Housewives of Orange County. The publishing tycoon launched Nobleman magazine with hubby Doug last fall, and now she is back to join in on the season 12 dramatics. About the season, she teased, “The first time I could play dumb and say I didn’t know what to expect. But this time I knew what it was like, and I still went for it. I’d describe this season as, ‘I’ve lost my mind.’ It’s a wild ride!” McLaughlin has three sons; Stirling, Maverick, and Roman. She talked about her antics on the show with her husband saying, “Today was the craziest day ever! I can’t believe any of this happened!”

This season will also include Tamra Judge, Shannon Beador, Meghan King Edmonds, Kelly Dodd, newcomer Peggy Sulahian, and Vicki Gunvalson. The are some “huge personalities” on the cast, according to McLaughlin. “Everyone’s lives are so full of drama, but also entertaining enterprises. Personalities clash, people are forgiven and then they’re not. There are ambulance rides in the middle of the night, surgery and also so much fun. There is a lot of laughter and a lot of tears. I think this is going to be the best season yet,” she said.

Even though Dubrow is not on the cast this season, she may make a comeback in the future. She loved spending five years on the show, and was thrilled to be part of such an iconic part of pop culture. “However, at this point in my life, I have decided to go in another direction and do what’s best for my family and career. Should I change my mind, I thank Andy Cohen, Evolution and Bravo for telling me that the door is always open,” she said.

The taglines for each of the upcoming cast members has been revealed and you won’t be able to handle the giggles! A few include, “I’m pint-sized, baptized and highly prized,” by Judge; “I can handle a baby, and women who act like one,” by King Edmonds; and “If I want your opinion, I’ll give it to you,” by Dodd.