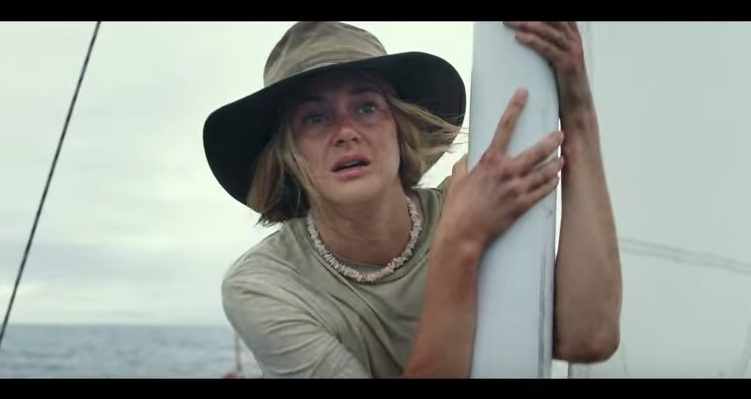 It’s always an honor to have your life story turned into a movie. That’s what’s happening to author and sailor Tami Oldham, courtesy of Divergent star Shailene Woodley. Since the insanely intense preview was released, many are wondering about the validity of the movie. Is Adrift based on a true story? Like many great movies, it is, and it’s coming soon.

STX Films’ Adrift is based on a true story, but there is one major change. Only fans of the book will know what that is. Since watching the preview, many are already looking up the true-life story behind the Adrift movie, including Tami Oldham and Richard Sharp’s first-hand account of what happened. If you plan on seeing the film and want to know more, our Tami Oldham wiki has everything you need to know about the woman and her devastating experience in the Pacific.

What Is Adrift About?

The upcoming film is about Tami Oldham (Shailene Woodley) and her seaman fiancé, Richard Sharp (Sam Claflin), who are offered a chance to sail a yacht from Tahiti to California. They take on the adventure but got more than they bargained for when they cross paths with Category 5 Hurricane Raymond! It destroys the boat, sets them off course, and leaves the couple injured in the middle of the Pacific, with no contact to the outside world.

While Tami only has a head injury after being hit, Richard has broken his ribs and legs. Tami is left with the task of sailing the ship, only relying on her sextant (navigation tool), watch, and peanut butter for 41 days. She struggles to keep both herself and her fiancé alive long enough to get to Hawaii, the closest destination.

Also Read: Shailene Woodley Wiki: Net worth, Dating Timeline and Everything You Need to Know

Who Is Tami Oldham?

Tami Oldham-Ashcraft, 58, was born in 1960 and is now married with two children, living in San Juan Island, Washington. Like the movie based on her life, she was engaged to Richard Sharp, but unlike the movie, he died once Hurricane Raymond hit their boat.

According to The Chicago Tribune, Oldham-Ashcraft and Sharp took a break from sailing Sharp’s boat, Mayaluga, to deliver the yacht, Hazana, from Tahiti to San Diego.

On October 12, 1983, Sharp told Oldham-Ashcraft to get below deck to rest. She heard her fiancé yell, and she was thrown against the cabin wall and instantly knocked out.

When Oldham-Ashcraft woke up a day later, the storm was over, but Sharp was missing. He had been thrown overboard after the strong winds and waves freed him from his safety line.

With a bad cut on her head, Oldham-Ashcraft made a makeshift sail, and navigated her way to Hilo, Hawaii, in 41 days.

She Released a Book Based on Her Life

Not only is there a movie made after Oldham-Ashcraft’s survival story, but there’s also a book!

In 1998, Oldham-Ashcraft wrote about her experience and grief in the book, Red Sky in Mourning: A True Story of Love, Loss, and Survival at Sea.

After being rejected by several publishers, Oldham-Ashcraft published the book herself. However, Hyperion Press eventually published it in 2002.

According to The Chicago Tribune, Oldham-Ashcraft always wanted to write a book on her survival, but it took her years to get over being “consumed by it.” Also, due to her severe head injury, it took her six years to be able to read again.

After everything she had been through over that month at sea, no one suggested that Oldham-Ashcraft go to therapy for post-traumatic stress disorder.

“No one ever suggested it, but I wish I had because I definitely had some severe post-traumatic stress syndrome,” said Oldham-Ashcraft. “I really wish I had taken the time to do that. I’m fairly headstrong, so I’m always, ‘Oh, I can get through this on my own.’ Now looking back, at times I really needed some professional help.”

The film has that Oscar-nomination feel to it. And we can see Shailene Woodley getting a nomination for a Golden Globe, as well. Fingers crossed!

Adrift is directed by Baltasar Kormákur and is set to premiere in theaters on June 1, 2018. Check out the insanely intense trailer below!