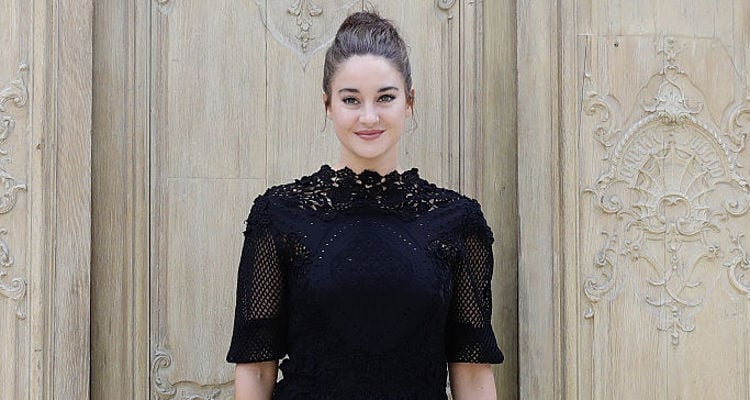 A lot has been going on with actress Shailene Woodley. Recently, The Fault in Our Stars actress was arrested during a massive oil pipeline protest in North Dakota. She was arrested on the construction site as she was live broadcasting the protest.

Following her arrest, people have started to dig up more information about the actress. This is not the first time Shailene Woodley has been in the limelight. She has been involved in several worthy causes and is very passionate about standing up for what she believes in. In 2013, she chopped off her hair in support of children with hair loss problems or lost their hair due to medical reasons.

There are several actors who support feminism, however, Woodley is of another view. She does not support of having a label at all. There are countless times, when she disposed of the rumors about her being a feminist. If you are intrigued and wish to know more about this beautiful actress, then keep reading.

Born in the County, but Grew up in the Valley

She was born as Shailene Diann Woodley on November 15, 1991 in San Bernardino County, California. She spent most of her time growing up in Simi Valley, California. Her father, Lonnie Woodley is a school principal and her mother, Lori Woodley is a school counselor. Although her parents are divorced, Woodley claims that they do get along very well. Woodley also has a younger brother. If you are wondering about Shailene Woodley’s age, then you should know that this brilliant actress is only 24 years-old and already is a superstar.

When Woodley was 15, she was diagnosed with scoliosis—a condition wherein an individual’s spine has a sideways “S” or “C” shape. To straighten her spine when she was young, she was put in a chest-to-hips plastic brace. She started modeling at the age of four, and in her teens, she went to Simi Valley High School. Additionally, she took up acting classes with Anthony Meindl.

A Star on the Small Screen, as Well as the Big Screen

She made her mark in the Hollywood industry by appearing in a TV show called The Secret Life of the American Teenager. Besides this, she has been involved in several other television shows like, The District, Crossing Jordan, The O.C., A Place Called Home (television film), Jack & Bobby and Final Approach (television film).

She Is Rumored to Be Dating Nahko Bear

Apart from their acting skills, fashion sense, and celebrity status, celebrities are also famous for another thing. Yes, you guessed it right—they are equally famous for their relationships! Woodley has had her fair share of relationships. She has been linked to several of her co-stars, including Ezra Miller and Theo James. Currently, there are speculations that Woodley is dating Nahko Bear, the front man for the band, Nahko and Medicine for the People. Nobody has confirmed the news, so we can never be too sure, especially when it comes to celebrities!

Her Net Worth is Estimated to be a Whopping $9.0 Million

The 24-year-old actress’ net worth is already estimated at $9.0 million. Besides getting paid to act in movies and in TV series, she also earns extra income with the help of endorsing products and promoting them. Her yearly income is estimated to be somewhere around $1,058,824, but she earns $235,294 from endorsements and sponsorships. Given below are the earnings for the movies she has worked on.