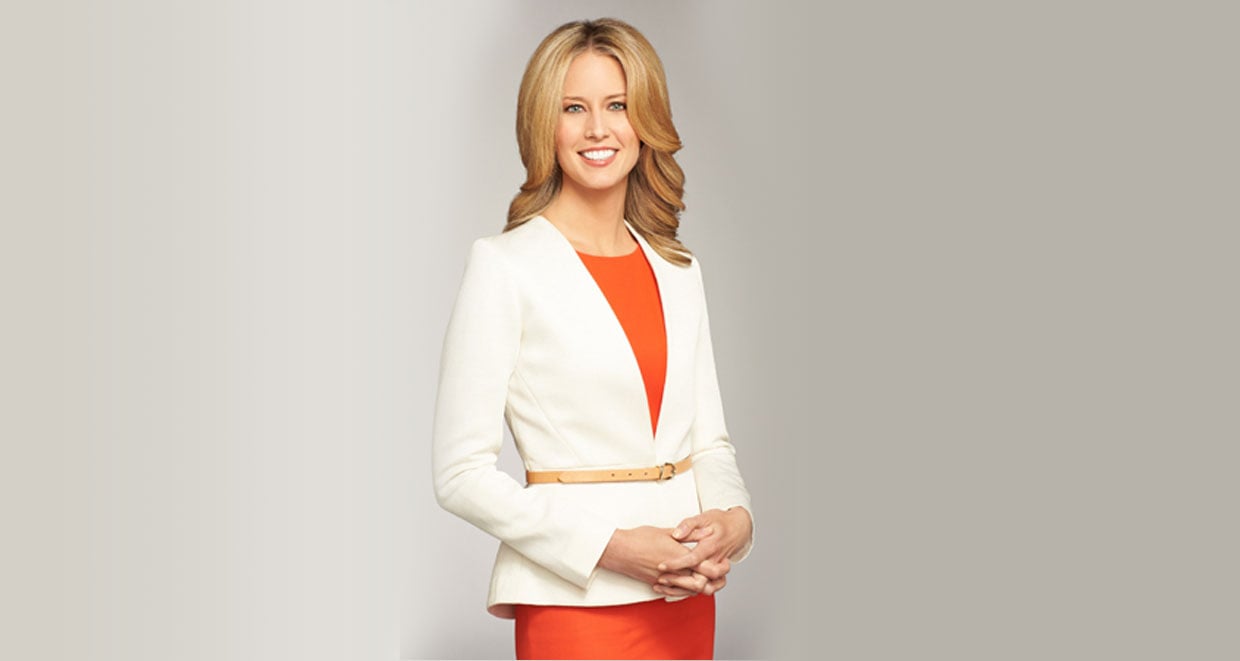 Sunlen Serfaty is the prime source of every news that breaks in DC politics. The CNN national correspondent has been covering the happenings of Washington DC with a focus on the US Senate and lawmakers. She is among the first to break the news of Rep. Jim Jordan running for House Speaker. More often than not, social media users are hitting up Sunlen Serfaty’s Twitter account to confirm occurrences in the capital. Our Sunlen Serfaty wiki elaborates more on this talented journalist and how she balances work with family.

Who Is Sunlen Serfaty?

The Midlothan, Virginia native was born Sunlen Miller. She was born on April 6, 1981, which makes Sunlen Serfaty’s age 37.

Her father, William N. Miller, is an independent commercial mediator and arbitrator in their hometown. Sunlen’s mother, Denise M. Miller, is a marketing communications manager for Alstom (a French transport and power equipment company) in Richmond.

She Is an Emmy Winner

Sunlen Serfaty’s primary focus has been the White House and lawmakers in Washington D.C. Her expert coverage, particularly of election campaigns, has won her an Emmy Award.

She started her career with The Washington Post in 2003 as an associate producer for the TV and radio projects. She was a general assignment reporter for an ABC news affiliate from where she climbed the ladder of success.

At ABC News, Serfaty covered Congress and the Senate and was an on-air contributor for ABC News Now. She reported on Obama’s first presidential campaign for the network through his inauguration and continued reportage on the Obama administration. She even followed Barack Obama on his foreign tour.

Serfaty joined CNN Newsource’s Washington bureau, the internal news gathering agency that distributes stories to over 800 affiliates. It wasn’t long before she went from Newsource to the general assignment team.

She has since been covering everything from the White House to policymakers in the White House and Senate. Her dedication includes following campaign trails, including the GOP nominees before the 2016 presidential election during the Republican primaries.

In August 2018, she broke the news that Ohio Rep. Jim Jordan is running for speaker of the House of Representatives after Paul Ryan finishes his term in 2019.

Jordan is getting immense support amid accusations he turned a blind eye to Richard Strauss’ sexual misconduct at Ohio State University more than two decades ago.

Also Read: Facts to Know About the Journalist, Maggie Haberman 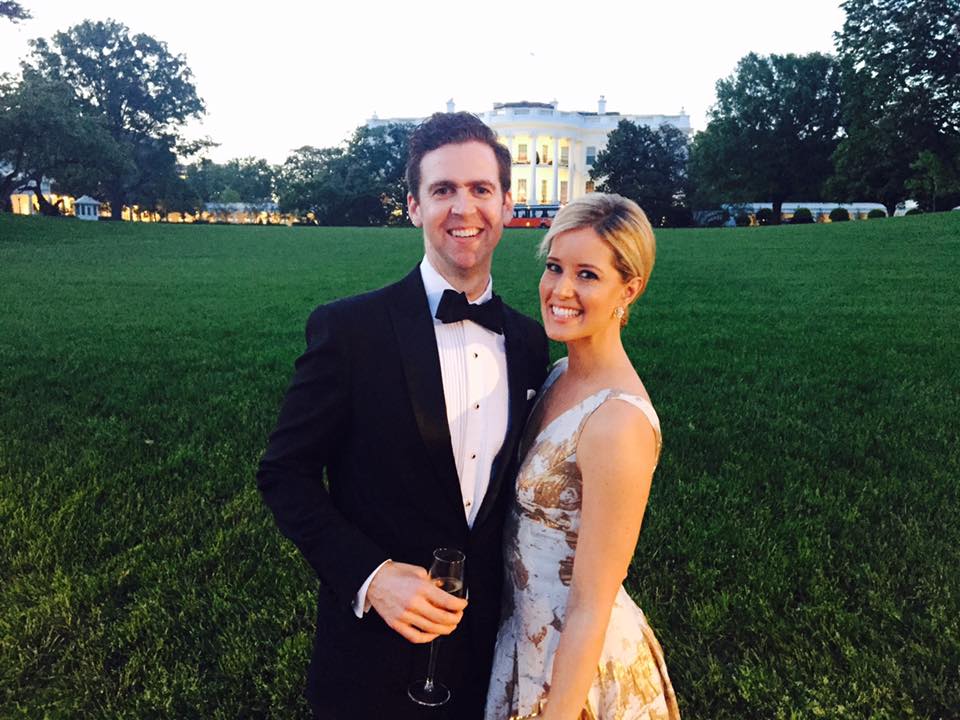 Sunlen Miller became Sunlen Serfaty on August 3, 2013, when she married Alexis Leigh Serfaty at Rose Park, Washington (an important place for them).

At the time of their wedding, Alexis Serfaty was a policy advisor at the Office of the Secretary for the U.S. Department of Transportation.

His mother, Gail Serfaty, is the former director of diplomatic reception rooms in the State Department. Meanwhile, his father, Simon Serfaty, is a professor of U.S. foreign policy at the Old Dominion University in Norfolk.

A graduate of the College of William and Mary, he went on to acquire a master’s in political science from the Paris Institute of Political Studies.

Alexis Serfaty’s resume reveals profound expertise in framing economic policies. His analysis has been referenced by the likes of Bloomberg and The Daily Caller.

In 2012, he was named among the “Top 99 under 33 Young Foreign Policy Leaders” by The Diplomatic Courier magazine.

Serfaty started his career as a policy associate for Business Executives for National Security and the Trans-Atlantic Business Council.

Currently, he serves as the VP and Chief of Staff for the US-UAE Business Council, a nonprofit business advocacy organization.

Their First Meeting Was at Rose Park

Washington’s Rose Park is special for Sunlen and Alexis Serfaty, which made it the ideal wedding venue for them. It was the place of their first meeting.

When Sunlen was a 26-year-old fresh-faced reporter in 2006, she met her future husband at a fundraiser near Rose Park. They caught each other’s eye at the party.

“It was one of those things when you see someone and you know they might have an important moment in your life, and you don’t know why,” recalled the CNN correspondent.

They were introduced by mutual friends and fell into conversation that evening. After that first meeting, Alexis Serfaty sought her contact details and waited until her existing relationship ended to contact her.

The two met for dinner, talked about their family and career, and had their first kiss together on the fourth date. But they didn’t get into an exclusive relationship until much later.

They spent some time apart when Sunlen Serfaty was on the road for more than a year covering Obama’s campaign trail. When she returned to Washington to cover the Obama administration, she ran into Alexis Serfaty at the gym.

They began talking again, but it was a while before they restarted their relationship.

Finally, a boring Valentine’s Day date in 2010 with another guy prompted Sunlen to ask Alexis out and rekindle their romance. More than a year later, he proposed to her at the same Rose Park.

Sunlen and Alexis Serfaty welcomed a daughter, Roosevelt Jolie Serfaty, on May 28, 2017. Pregnancy and being a mom haven’t slowed Serfaty’s drive to break stories.

Cosmopolitan published a noteworthy piece in July about the moms in the newsroom, and Serfaty featured prominently. The congressional correspondent recalled her female colleagues would come together to support and advise each other during their pregnancies.

Serfaty herself battled morning sickness during work. One of the dreary memories includes throwing up on the side of the road while covering the 2016 elections. During the vice presidential debate, she threw up minutes before she was due to appear on camera.

When her daughter was born, the only news Serfaty was interested in was of little Roosevelt. But she’d manage to stay updated, too. For instance, she watched James Comey’s testimony on an iPad in her daughter’s nursery.

Nonetheless, Sunlen Serfaty balances motherhood with work and is always ready to help out her fellow CNN power women when they are expecting.

Also Read: Everything You Need to Know About Alison Kosik, CNN business correspondent