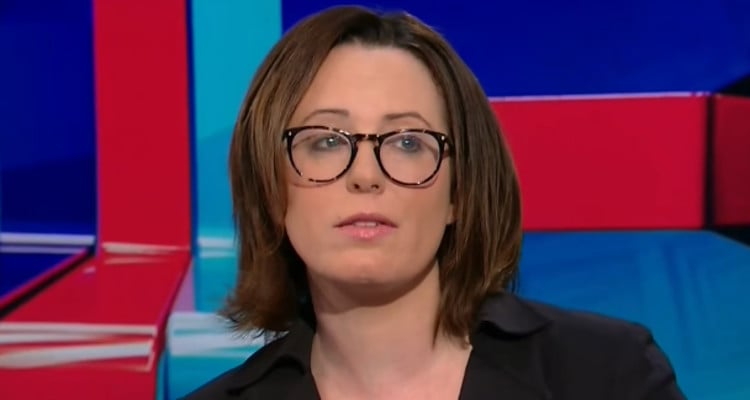 If it’s happening in the United States and it’s politics, trust Maggie Haberman to cover it. Haberman has made a name for herself by covering political developments in the U.S. for the last two decades. Her opinion counts. She is a wife and mother to three kids, and she manages to be there for her family.

Maggie Haberman has been writing on U.S. politics for a while now. She is regarded as an expert on it, and her opinions are always valued. She has recently been focusing on the White House and the Donald Trump administration, and her views are eagerly sought. These days she has zeroed in on the alleged connection between Trump’s campaign team and Russia. Here are some details from Maggie Haberman’s wiki.

Born on October 30, 1973, in New York City, to Nancy Spies and Clyde Haberman, Maggie Haberman’s age is 43. Her father was a journalist for The New York Times while her mother was a media communications executive. Haberman graduated from Ethical Culture Fieldston School before enrolling at Sarah Lawrence College, a private liberal arts college in Bronxville, New York. She received her bachelor’s degree in 1995. Haberman’s professional career started in 1996 when she was hired by the New York Post. After three years on the beat, she was asked to cover politics, and she immediately discovered that she had a passion for it. Haberman briefly left the Post for the paper’s rival, the New York Daily News, for a few years in the early 2000s before returning in 2008.

Eyes on the Political Battlefield

She covered the 2008 presidential election and other races as well on behalf of the Post. Maggie Haberman’s CNN association began in 2014 when she became a political analyst for the news outlet. She reached a career peak when she was hired by The New York Times in early 2015 to cover the 2016 presidential election as their political correspondent. Haberman reportedly had a very good relationship with Donald Trump’s campaign team. There is no information about Maggie Haberman’s net worth but considering her vast amount of experience, it must be substantial. She likes to connect with her readers, and is pretty active on social media. You can check out Maggie Haberman’s Twitter page to read her comments about what’s going on in American politics.

Maggie Haberman’s husband is Dareh Gregorian, a reporter for the New York Daily News. They got married in a ceremony on the Tribeca Rooftop in Manhattan, NYC, in November 2003. The couple are proud parents of three children: Max, Miri, and Dashiell. Despite her hectic work life, Haberman tries to spend as much time she can with her family. She is a fine example of a traditional journalist who thinks before expressing an opinion. With her sharp intellect and an enviable way with words, Haberman has carved out a niche for herself in political reporting.