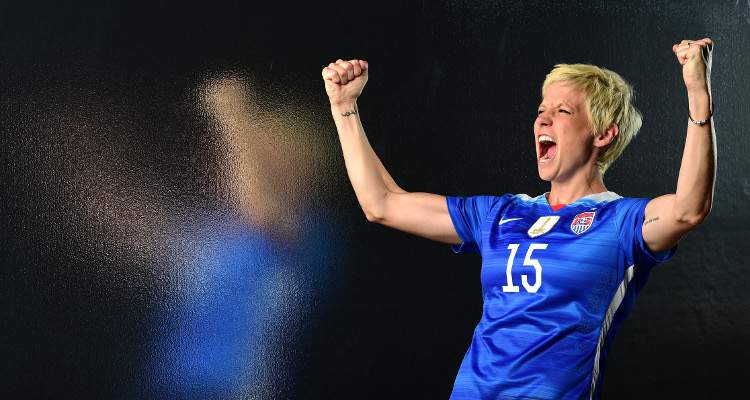 The Women’s National Basketball Association (WNBA), has seen a multitude of female talent in the past few years, and one such player who stands head and shoulders above the rest, is Sue Bird. She has many two championships, four Olympic gold medals, and is proud to be a member of the LGTBQ community. Find out everything about her girlfriend, Megan Rapinoe, right here.

Who is Sue Bird’s girlfriend, Megan Rapinoe? If you were wondering if Sue Bird was gay, then you have to read all about it in our Megan Rapinoe wiki! The women’s soccer player is a whole lot of fun, and the couple has been pretty open about dating each other since July this year. Scroll down for all the information on the inspiring women!

Who Said Women Don’t Have the Power?

Megan Anna Rapinoe was raised in Redding, California, and was born on July 5, 1985, making her age 32. The soccer player’s family includes her parents, Denise and Jim, and five siblings, one of which her fraternal twin. Rapinoe’s father was a soccer coach who coached her until high school.

Rapinoe’s heavy training and experience in soccer allowed her to showcase her talent on the field, and win many accolades at a very young age. In 1999, Rapinoe played for the U-14 Olympic Development Program in Northern California.

While she played for the Elk Grove Pride Club from 2002-2005, she was named to the McDonald’s All-American Game and played with her twin sister in the Women’s Premiere Soccer League. Success doesn’t come without hard work they say, and Rapinoe and her family also worked hard to play with the team. They traveled a two-and-a-half-hour commute from her hometown to maintain her career with the club.

Making it to the National Team

Rapinoe was “all Football-all the time,” and there was no stopping her from making it big in the sport. Rapinoe and her sister went to the University of Portland, Oregon, and played for the Portland Pilots on a full scholarship. However, Rapinoe did not play in her freshman year, as she was a part of the U-19 Women’s World Championship, and USA ranked third after the finals.

Once Rapinoe returned to the university, she aided the Portland Pilots to a season packed with wins and a Women’s Soccer Championship at the NCAA Division I. Rapinoe was in her Sophomore year and was known for her outstanding performances in all her games. She was one of the leading scorers in the nation, who had two assists and eleven matches to her credit.

Amazing moment to play for the Stars and Stripes. Thank you #americanoutlaws friends and family and all of our fans last night. 3 pts. Oh and smitten to score as well ?????

The Portland Pilots were zooming past all obstacles, when bad luck struck and Rapinoe became injured. An anterior cruciate ligament injury had Rapinoe slow her down a bit, but despite the pain, she plowed through the games! She became one of the few players to score 25 goals in two seasons.

In 2009, Rapinoe made it to the Women’s Professional Soccer (WPS) draft by the Chicago Red Stars for the inaugural season of the division. In 2011, she was in Germany for the FIFA Women’s World Cup and during the time she was traded to MagicJack, who offered her a $100,000 salary (during a time when women soccer players received about $25,000.) She played for MagicJack and helped the team finish third, securing them a spot in the playoffs.

At the 2012 Summer Olympics in London, Rapinoe scored the game-winning goal against Colombia, but lost to New Zealand, after defeating North Korea. But the U.S. defeated Canada 4-3, where two goals were scored by Rapinoe herself. The Wembley Stadium saw the U.S. team take away the gold home after defeating Japan 2-1. The winning goal was made by Carli Llyod as Rapinoe assisted her.

That about sums it up

After the Olympics, Rapinoe played for the Algarve Cup in 2013, but unfortunately another injury made her miss the final game-winning match against Germany. In 2015, the FIFA Women’s World Cup saw Rapinoe train under national head coach, Jill Ellis. In the stage match against Australia, Rapinoe scored two goals and one more was scored by Christen Press, giving USA another 3-1 win.

Yep?? Happy birthday to me!!!! World Cup Champion!!!! #TheGals. I'm so proud to be in this team ❤️????JaneGPhotography

The question everybody is asking involves two of the best female athletes and whether or not they are together. Sue Bird the WNBA point guard for the Seattle Storm. She has been doing great wonders in women’s basketball as Rapinoe in women’s soccer. The couple made their relationship public in July this year, when Bird made the bold statement, “I’m gay. Megan’s my girlfriend. … These aren’t secrets to people who know me, I don’t feel like I’ve not lived my life. I think people have this assumption that if you’re not talking about it, you must be hiding it, like it’s this secret. That was never the case for me.”

So, the couple is taking it nice and slow now, but they are already giving fans serious “couples goals.”

“We have a lot in common and just sort of clicked,” Rapinoe said. “I joke she is my No. 1 go-to-for-advice person. She’s just so level-headed.”