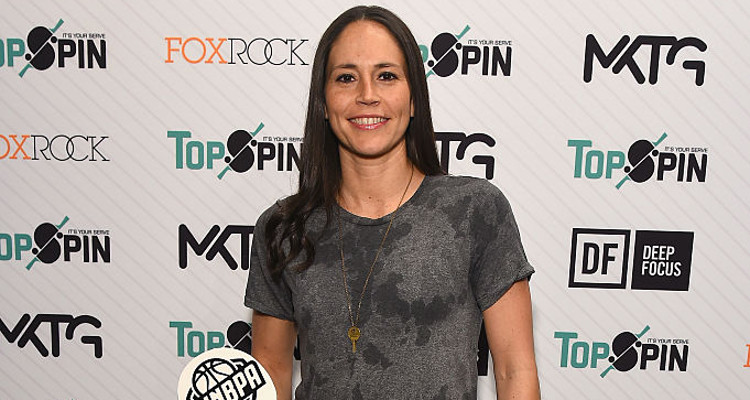 In an interview last week, basketball player Sue Bird revealed that she is dating soccer player, Megan Rapinoe and we’ve got all the details. If you want to know more about who Megan Rapinoe’s girlfriend is, then take a look at our Sue Bird wiki.

An ESPNW interview revealed that Sue Bird is now officially Megan Rapinoe’s girlfriend. Talking about their relationship, Bird said, “I’m gay. Megan’s my girlfriend. … These aren’t secrets to people who know me. I don’t feel like I’ve not lived my life. I think people have this assumption that if you’re not talking about it, you must be hiding it, like it’s this secret. That was never the case for me.”

Keep reading if you want to know more about Sue Bird and her relationship with Megan Rapinoe.

Sue Bird’s age is 36 and she was born on October 16, 1980 in Syosset, New York to Nancy and Herschel Bird. Her father is an Italian-born Russian Jew, allowing her to have dual citizenship in the United States and Israel. She has an older sister named Jen.

From a very young age, Bird had a passion for sports, probably because of her older sister. In school, she played many sports, including basketball, tennis, soccer, and track. By the time she reached the sixth grade, Bird honed her basketball skills and began playing AAU basketball.

She went to Syosset High School until her sophomore year, and transferred to Christ the King Regional High School in Queens for her junior and senior years, playing for both school’s basketball teams. In her second season at Christ the King, the team won the New York State Championship and the national title. In fact, Bird won several awards like the New York Daily News Player of the Year, and New York State Player of the Year. She was also named the WBCA All-American.

After graduating, Bird went to UConn because it was close to her home and, much like her alma matter, the team had a similar winning tradition. During her sophomore season, her team won the Big East Championship, as well as the 2000 NCAA Women’s Division I Basketball Tournament. After playing an impressive game in her senior season, Bird won the Wade Trophy and the Naismith Award as College Player of the Year. Throughout her career at UConn, Bird won three Big East Championships, Big East regular season titles, and two National Championships.

Sue Bird’s net worth has not yet been calculated, but she is brilliant player who has definitely earned a lot of money throughout her successful career and other ventures.

The Seattle Storm selected Bird during the 2002 WNBA Draft. She joined the 2002 WNBA Western Conference All-Star team as a starter. Bird’s skills helped her team win their first WNBA Championship. Throughout her career, she won several titles and awards, including the WNBA Championships for 2004 and 2010. Furthermore, she won four gold medals during the 2004, 2008, 2012, and 2016 Summer Olympics. In fact, Bird was voted in the WNBA’s top 15 players of all time.

On July 20, 2017, Bird announced that she is gay and in a relationship with Seattle Reign FC player, Megan Rapinoe, something that only her family and friends knew. If you take a look at Sue Bird’s Instagram account, you will see that she has not really posted any pictures with Rapinoe. The power couple have been together since last fall.