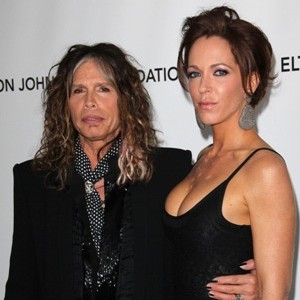 When it comes to rock stars, no one does it quite like Steven Tyler, who first rose to fame as the lead singer for Aerosmith. The band was first formed in 1970 and went on to release a series of multi-platinum albums throughout the 70s, solidifying their status as one of the most popular hard rock bands around the globe—to this day, Aerosmith is one of the best-selling American rock bands of all time.

By the end of the 70s, Aerosmith started to fall apart as a result of drug addictions and internal conflicts. Two of the members dropped out and were replaced, but it wasn’t enough to resurrect their earlier success. In 1984, the two original members returned to the band, putting Aerosmith back on top—it’s a comeback that has often been described as one of the best in rock n’ roll history.

Now at 65, Tyler is still basking in the sweet success of Aerosmith—he’s as much of a celebrity now as he was in his prime. In 2011, he was brought on as a judge for season 10 of American Idol, but after two seasons, he gave up his seat on the judging panel to focus on Aerosmith, who was preparing to go on tour yet again.

Tyler’s personal life is probably just how you would imagine it: filled with drugs, young women, and illegitimate kids. When Tyler was 27, he somehow managed to convince the parents of a 16-year-old fan, Julia Holcomb, to allow their daughter to legally live with him by signing over guardianship. Their drug-filled relationship ended, but it wasn’t just because of their age difference—she ended up getting pregnant with his child, but he reportedly convinced her to get an abortion, a decision that Holcomb says she gravely regrets.

Although Tyler also admitted that the abortion took a huge toll on him, he didn’t learn much of a lesson because just a couple years after he first moved in with Holcomb (who ended up moving back in with her family), Tyler started dating Playboy model Bebe Buell, who also got pregnant, except this time they kept the baby—their daughter, Liv Tyler, was born in July 1977.

Tyler eventually did settle down with model Cyrinda Foxe, who was 15 years younger than him. They had one daughter together before their nine-year marriage ended in 1987. One year later, he married wife number two, designer Teresa Barrick. They had two kids together, but divorced in 2006 because they were going through “a difficult time.” Later that same year, Tyler started dating Erin Brady, a tour manager for Aerosmith who is 25 years younger. The age difference didn’t seem to be such a problem because in 2011, Tyler proposed, even though his family reportedly didn’t care much for their May-December relationship.

Tyler seemed to really care about his relationship with Brady—he even admitted that, unlike his past relationships, he wouldn’t risk losing her by having an affair. “For all the divorces I’ve had, I hurt those girls deeply, and there was some behavior that I’m ashamed of and I shouldn’t have done,” he told Oprah Winfrey in a candid interview, adding, “I’d like to go on a schtupping spree and screw every girl I see, that would want to have me, who wouldn’t? But I don’t. I want [Brady] for my own, and if that’s gonna take that away from it, I don’t [do it].”

Unfortunately, Tyler and Brady’s May-December relationship never actually made it down the aisle—they called off their engagement in January 2013. Tyler has since been spotted hanging out with a bevy of much younger women—some things never change.