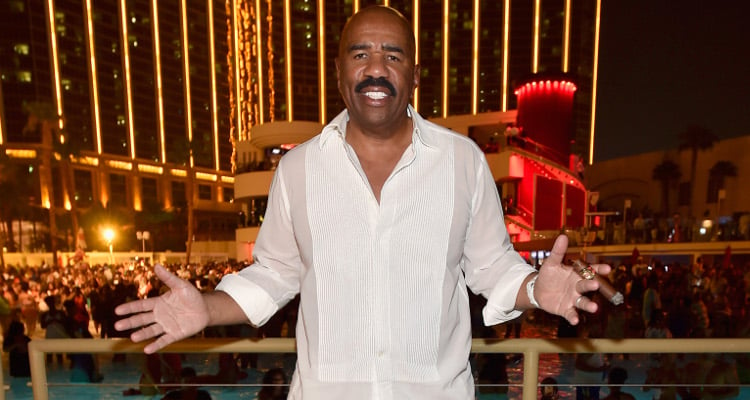 Earning the Miss Universe title means more than strutting around in stylish gowns. Contestants are asked questions to showcase their education, ambition, and everything in between. Host Steve Harvey asked Miss Kenya about Donald Trump. Find out what she said below.

Miss Universe 2015, Pia Wurtzbach of the Philippines, crowned Miss France at the end of the event, which was hosted by Steve Harvey.

In case you forgot, during the Miss Universe 2015 pageant, Steve Harvey mistakenly announced Miss Colombia, Ariadna Gutierrez as the winner. Minutes after she was crowned, it was revealed that the wrong name was written down and Miss Philippines, Pia Alonzo Wurtzback, was actually the winner of Miss Universe 2015.

It was a heartbreaking moment for Miss Columbia, and following the incident, many memes, jokes, and parodies began circulating online. Because of this, the president of the Philippines was hesitant about Harvey hosting the show again. However, in June 2016, Harvey explained the reason behind the blunder, and reservations about his hosting were gone.

This year, yet another controversy rose during the 2016 Miss Universe pageant, as Steve Harvey asked Miss Kenya about Donald Trump.

According to news.com.au, Miss Kenya, Mary Esther Were was asked, “Arguably no U.S. president has had a more active first 10 days in office. What are you most excited about and what concerns you when it comes to the presidency of Donald Trump?”

Miss Kenya was a little nervous but answered, “Politics … ahh okay let me just start again. Donald Trump, having been elected as the President of the United States, may not have been the choice of many people living in the United States because of the divided support system for the outgoing President Barack Obama, who has supporting an upcoming woman president … who was supposed to be a woman President Hillary Clinton.”

Miss Kenya further added, “So, so many people oppose his position. But I feel that once [Trump] took up his position, he was able to unify the entire nation.”

Although she was quick to compose herself and answer the question, many people wonder why Miss Kenya was asked a question about U.S. politics. The Miss Universe pageant received a lot of backlash with people questioning why the majority of questions asked were about America, despite this being an international contest. Others were upset about Miss Kenya’s answer. At the end of the day, all that can be confirmed is that each Miss Universe contestant is expected to answer questions about any number of topics, and the question about Donald Trump’s presidency is an example of that.