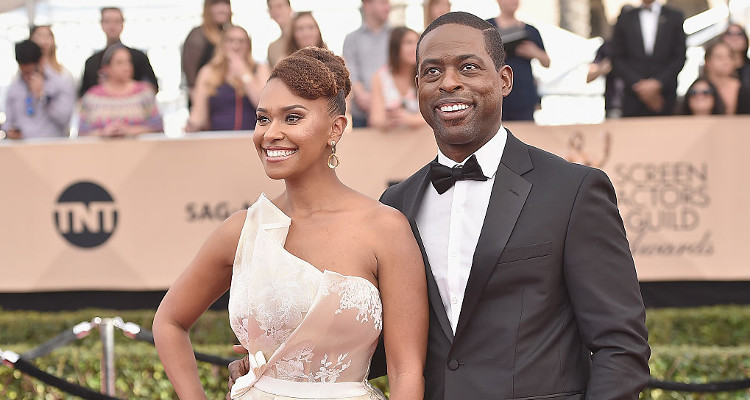 Ryan Michelle Bathe met Sterling Brown at the age of 18 during their freshman year at Stanford University. Today, they are happily married and are the proud parents of two young boys. Bathe’s acting career has been rewarding and impressive with her latest work on This Is Us garnering good reviews. Their marriage has had its share of problems, but the pair have always worked things out.

Thanks to a strong storyline and the powerhouse performances of the cast, This Is Us was renewed for two more seasons and will be back on our TV screens this fall! One person who has contributed tremendously to this series and its ongoing popularity is Ryan Michelle Bathe. She is Sterling Brown’s wife, the man who plays Randall Pearson on the NBC show. Bathe is an actress known primarily for her work on television. Ryan Michelle Bathe’s This Is Us role is minor but recurring and has won her over millions of fans. Here are some details from Ryan Michelle Bathe’s wiki.

Who is Sterling Brown Married To?

Born on July 27, 1976, in St. Louis, Missouri, Ryan Michelle Bathe’s age is 41. She grew up in Stamford, Connecticut and went on to attend Stanford after high school. It was at Stanford that she met her college sweetheart and now husband, Sterling K. Brown, when they were both 18 years old. They both graduated from Stanford University, followed by both receiving their Master of Fine Arts degrees from NYU’s Tisch School of the Arts. Brown once told Entertainment Tonight, “We went to undergrad together, we went to grad school together, we were born in St. Louis, Missouri, and even more impressive, we were born in the same hospital.” He added, “Crazier than that, our social security numbers are only three digits apart. Like, it’s crazy! But we didn’t meet until age 18, freshman year at Stanford University.” Well, if that doesn’t sound like a couple who was meant to be, we don’t know what does!

Bathe and Browne got married in June 2007 and had their first child in 2012. What most people don’t know is that Ryan Michelle Bathe’s husband actually helped deliver their baby on their bathroom floor! He sat down with Kelly Ripa and Ryan Seacrest on Live with Kelly and recounted the night his first son was born. “She comes crawling out of the bathroom after a while and she’s like ‘I think I’m crowning!'” he explained. “I’m asleep kinda, I’m like, ‘Sweetheart, you can’t be crowning. It’s your first baby! Just try to relax.’ I’m mansplaining what’s happening to her body,” he chuckled. He went on to explain that the baby came right then and there on the floor, with Brown getting instructions from their midwife on the phone. As the paramedics were called and on their way, Brown delivered the baby who they lovingly named Andrew. Later, the couple had another baby, who they named Amare.

Bathe always had a steady career on the small screen with guest appearances on TV shows like ER, Half & Half, Brothers & Sisters, Girlfriends, and How I Met Your Mother. She had a major role in the ABC legal drama, Boston Legal, where she played attorney Sara Holt. She also had a recurring role in the NBC medical drama Trauma, and a bigger role in the TV Land sitcom Retired at 35. Bathe also had the chance to act in a few independent movies like All About Us and April Moon. In 2012, she lent her comedic talents to the crime comedy movie, One for the Money. She also had the opportunity to work with her husband in the drama series Army Wives, aside from This Is Us.

Thanks to having regular and impressive work on TV and films, Ryan Michelle Bathe’s net worth is substantial, but the exact figures are not available. Sterling Brown said that their romance would make for a “good movie,” but their relationship has not been without its share of “ups and downs.” Then again, what couple (Hollywood or not) doesn’t go through ups and downs! Bathe and Brown make a great couple in Hollywood, and we all wish that they stay happy!