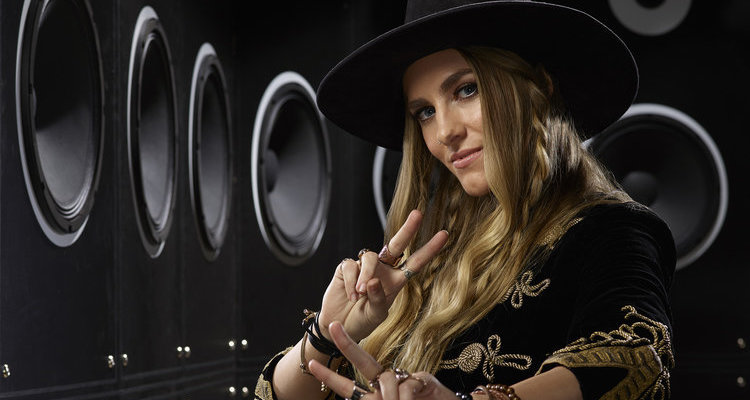 Last night’s episode of The Voice was going to be the last for Stephanie Rice, but it just wasn’t her time—at least not in the eyes of celebrity coach and singer, Alicia Keys! Without Stephanie Rice, The Voice just wouldn’t be the same and fans couldn’t be happier that the Texas native was saved. The way Stephanie Rice’s parents treated her after coming out as a lesbian still drives her music, and if you want to know more about that story and Stephanie Rice’s family, then we have the details here.

It was a close call for the 27-year-old singer. And even though she sang her heart out alongside fellow Team Gwen member Troy Ramey, Stefani chose Ramey as the winner. But Rice going home wasn’t an option for Keys, who believed the emotion and power as Rice sang Taylor Swift’s, “Safe and Sound.” Turns out that was the right song choice, because now she’s safe and sound on Team Alicia! Everyone still remembers when Rice first stepped onto the stage and sang with not just talent, but pain as well. Although there isn’t much on Stephanie Rice’s family members, there’s still some information on her harrowing story and what her parents put her through.

She Comes from a Religious Family

Stephanie Rice’s father was a pastor of her church where she was raised, and she came from a strict household. Stephanie Rice’s mother would perform with her in the church’s worship group. Rice lived a sheltered life and nothing secular was allowed in the house when she was growing up with her brother and sisters.

Her Father Heard a Rumor about Being with a Girl

“I was 17 when I was first ‘caught.’ I was dating this girl—the first girl I had ever come out to. One day we were at her house and her aunt came home early. Here I am, the preacher’s daughter, a straight-A student, I’m in the worship band, I teach Sunday school—I was golden. This was juicy gossip for a small town. So the girl’s aunt told my dad, and he came to my high school, pulled me out of class, and started questioning me. He grabbed me and said, ‘If I find out any of this is true, I’m going to throw you around like a ping-pong ball.’ Luckily, my counselor overheard him and grabbed me and hid me in her office until he calmed down,” Rice told OutSmart.

Her Parents Made Her go to a Conversion Camp

When Rice’s parents learned the truth about her, they made her go to a “straight” camp to convert her, or else they would disown her.

“I just kept that part of my life as secretive as possible. My parents made me go to ‘straight’ counseling, and I did all of that because I was scared. But I wasn’t really changing,” explained Rice.

‪???WHAT.JUST.HAPPENED. Did @aliciakeys just use her one steal on ME?!? Alicia – Thank you for seeing something in me worth keeping. You inspire me as an artist and empower me as a woman! Thank you for being a light and for sharing it with all of us. I am so honored to even be in your presence let alone be on #TEAMALICIA! ?????? ‬‬ #TheVoice #Voiceknockouts

Her Father said She Wasn’t a Role Model

Rice worked very hard for her grades and was excited to give her speech as salutatorian, but her father didn’t approve, due to her “choices.”

“I had a basketball scholarship and was the salutatorian of my high school, but after that whole scene played out, he told me I wasn’t ‘fit’ to set an example for anyone, and I [wasn’t allowed] to give my speech or accept my awards at graduation. That was the hardest thing for me because I had worked so hard for all of my grades and my achievements. My dad didn’t let me go off to college for my basketball scholarship either, because ‘[only] lesbians play sports.'”

In the end, Rice was abandoned at the side of the road and her parents drove off and never looked back. She never had a chance to say goodbye to her family, but used her pain to fuel her passion for music instead. Her parents have been unavailable for comment since the story went public.

Watch Stephanie Rice on The Voice on Mondays and Tuesdays at 8:00 p.m. EST on NBC!