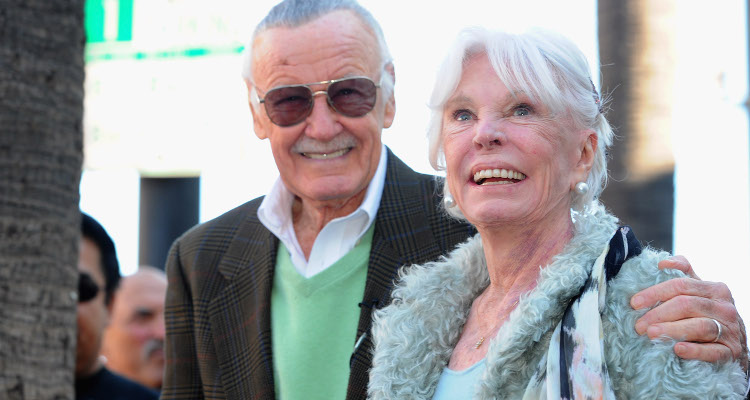 Stan Lee, the greatest legend to walk down the hallways of Marvel, suffered a tragic loss in his family. His wife and better half of almost seven decades passed away yesterday (July 6).

Stan Lee, the man who put the “Marvel” in “Marvelous” is loved by many. His comic book creations are timeless pieces of popular culture. The legendary comic book writer has an army of fans who love him. So, when tragedy hit the Lee family, there were fans who even asked if Stan Lee is dead. Lee is alive, but he has suffered a tragic loss. Stan Lee’s wife, Joan Lee, passed away. Here’s what you need to know about his work and his loss in our Stan Lee wiki.

Stanley Martin Lieber was born in New York City to Romanian-born Jewish immigrants, Celia and Jack Lieber. Born in 1922, he witnessed the Great Depression in his childhood. He and his younger brother, Larry Lieber, watched their parents struggle every day to earn a living. They lived in a one bedroom apartment in The Bronx, with him and his brother sharing the bedroom and their parents using a foldout couch.

In his younger days, he enjoyed writing and dreamed of one day creating the “Great American Novel.” He didn’t give up and was determined to pursue his dream. He did odd jobs like writing obituaries for the National Tuberculosis Center, delivering sandwiches to offices in Rockefeller Center, being an office boy for a trouser manufacturer, an usher at the Rivoli Theater on Broadway, and sold subscriptions to the New York Herald Tribune.

Path to Becoming a Legend

He began working as an assistant in Timely Comics which later became Marvel. His initial work didn’t let him write comics. Instead, he did jobs like running errands, proofreading, erasing the pencil work from finished pages, and the like. Interested in becoming a writer, he finally published his debut piece in Captain America Comics #3 in 1941 under his penned name, Stan Lee.

He graduated from being a filler to writing actual comics, his first superhero creation being The Destroyer in Mystic Comics. When Timely’s editor left, the publication’s owner, Martin Goodman, named then 19-year-old Lee as an interim editor. His skills helped him retain that position before he succeeded Goodman as publisher.

After he completed his World War II military service, he returned to Timely when the superhero archetype was revived with rival, DC Comics’ Justice League. Goodman tasked him to create a new superhero team to compete with Justice League. Lee diverged from the idealistic, flawless superheroes and created characters who were vain, had bad tempers, would constantly bicker, were worried about bills, and even fell ill. So he created Fantastic Four which gained immediate popularity.

With artist Jack Kirby, he co-created Hulk, Thor, Iron Man, and X-Men. A slew of Marvel heroes like Spiderman, The Avengers, Daredevil, and Doctor Strange followed. With the evolution of the Marvel franchise, he eventually became the publisher and figurehead of Marvel. In the picture of perfect humility, he maintains that he’s not as successful as we portray him to be. However, he has a net worth of approximately $50.0 million and a multitude of fans which speaks for itself.

After putting down the pen, Lee has sought out to diversify the Marvel franchise. He started POW! Entertainment, released a memoir, started a YouTube channel, and hosted his own show on The History Channel.

While his foundation works to promote literacy, education, and the arts, Lee remains ever active at the age of 94. He’s the King of Cameos having not only appeared in every movie in the Marvel Cinematic Universe but also in other movies and shows like Big Bang Theory.

Losing His Other Half

Lee married Joan Clayton Boocock in 1947. She had a hand in making the Stan Lee we see today. His wife encouraged him to make the superhero characters more human, and it’s clear that her advice worked. The family lived in expensive estates including a Hollywood Hills mansion that costs more than $4.0 million. Joan even appeared with her husband in a few of his cameo roles and had a few voice-over roles.

The couple has a daughter, Joan Celia “J.C.” Lee who has a few acting credits, a book, and an app. They had another daughter, Jan Lee, who unfortunately passed away when she was only three days old.

Stan and Joan Lee were married for 69 years. The former British hat model was married to a soldier when she met the comic book legend. He was supposed to go on a blind date with Joan’s friend. But, when she and her husband divorced, Stan wasted no time courting her and they married soon after. She also authored the novel, The Pleasure Palace.

On July 6, Joan Lee passed away after suffering a stroke a week ago. In a statement, a rep for the family said, “Joan Lee passed away this morning quietly and surrounded by her family.” Condolences poured in for Stan Lee’s loss, and even Marvel and DC have expressed their grief.

Our thoughts and prayers go out to Stan Lee and his family during this difficult time.