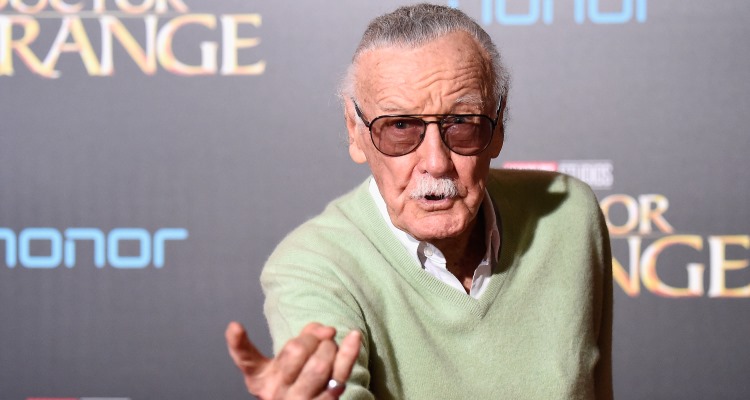 Do you have kids donning masks and colorful garb? Is there a nerd boyfriend in your life that talks like The Big Bang Theory’s Sheldon? Worried that the Red Skull, Doctor Octopus, or the rogue god, Loki will invade Earth? If so, you have Marvel Comics’ Stan Lee to thank for this, plus a slew of entertainment that is commonly seen today.

In 1960, the former Stanley M. Lieber was very unhappy and ready for a change in his life. Having worked in the comic industry almost from its inception and enduring two decades of grueling work at Marvel Comics, Lieber—or Stan Lee, as he used as a pen name—was ready to quit. But then something magical happened: Stan Lee’s wife, Joan suggested that if he was going to leave the industry, he should do one last comic book the way he wanted, before completely giving up. Taking her advice and collaborating with publisher, Martin Goodman and legendary artist, Jack Kirby, Stan Lee created The Fantastic Four and their successful 1961 debut paved the way for a slew of other legendary heroes. The Incredible Hulk, the Amazing Spiderman, the X-Men, The Avengers, The Silver Surfer, Doctor Strange and many more came from Lee and Marvel’s 1960’s radical revitalization of the comics medium. The world hasn’t been the same since, and now that Stan Lee’s net worth has grown (and the fact that we recently celebrated Stan Lee’s birthday), it’s time to commemorate Stan Lee’s legacy in comics and popular entertainment.

Dreams of Twain and Wells

The son of Romanian Jewish immigrants, Lee was born on December 28, 1922 in Manhattan. Even now at Stan Lee’s age of 94, he can vividly recall his less-than-privileged upbringing in New York City. Despite his garment industry employee father being infrequently employed during the Great Depression, both he and his brother, Larry indulged their interest in movies and pulp magazine stories. Lee himself was a great fan of writers, with a penchant for a mix of realism and fantasy. His favorite author included William Shakespeare, Mark Twain, HG Wells, Charles Dickens, Robert Louis Stevenson and Sir Arthur Conan Doyle. He wished to pen a classic American novel on the level of Twain or Theodore Dreiser. Lee has said that despite comics being more accepted as “real” artistic media these days, he’d often be embarrassed to admit to strangers at parties that he did comics. Back then, they were seen as low creative forms, especially compared to American literature or theatre.

In an era of graduate students working their way into major corporate positions, Stan Lee is an example of the somewhat antiquated “working-your-way-up” approach to success. After being involved with then president, Franklin D. Roosevelt’s Federal Theatre Project, Lee secured a position through an uncle at Timely Comics, the precursor to Marvel Comics. By his own and other’s accounts, Lee did just about everything in the publishing house imaginable, including touching up artists’ pencil drawings, filling inkers’ inkwells, and running errands. He also penned prose pieces in the comics to help promote his own writing, but little came of these endeavors.

When Lee started to have success with his new comic characters in the early 1960’s, he also took charge of Marvel Comics with gusto. This included creating Marvel fan clubs and soapbox editorials with his trademark expressions like, “Excelsior!” and “Hang on to your hats, heroes.” He also did away with elements he disliked in other comics, such as boy sidekick heroes and unbelievable character origins. In fact, one of Lee’s career achievements is the slight authenticity he brought to comics such as showing rough urban landscapes like New York, creating three dimensional heroes and villains, and the struggles his characters faced so frequently, including poverty, bigotry, and stress.

Surrounding One with Talent

There has been some debate as to how much total creation Lee has had over the characters Marvel has put out. However, even Lee himself has admitted that he could not have created his characters without some of the top comic artists today. These include the aforementioned Jack Kirby, the reclusive Steve Ditko, and Marvel legacy artists like John Buscema, John Romita Sr., and Gene Golan, and they all helped bring the X-Men, Spiderman, the Silver Surfer, and Daredevil to life.

Movies Made on His Comics

Marvel saw its heroes come alive on the small screen with 1960’s television animations of the Hulk, Thor, and Spiderman. This also answered many fans’ question of “Who is Stan Lee?” as Lee began to help advising on their creation and, in later series, providing his own narration. Some of these animations were crude, as were other later TV series of heroes like Spiderman. Late 1980’s film adaptions of The Punisher and Captain America didn’t yield the best responses possible. By the late 1990’s though, things had changed. There was a demand for Marvel screen adaptations and the technology to actualize them.

Curiously, the first truly well received Marvel comic character to hit the big screen was 1998’s,Blade, the vampire hunter played by Wesley Snipes. But Marvel went glacial after that, with the grand success of Bryan Singer’s adaptation of X-Men, Sam Raimi’s Spiderman films with Tobey Maguire, and Iron Man, starring Robert Downey Jr. and directed by Jon Favreau. If you’ve watched these and other Marvel films, it’s not hard to spot Lee’scameo appearances in them. Did you know he played the mailman, Willie Lumpkin in the first Fantastic Four film? You do now! 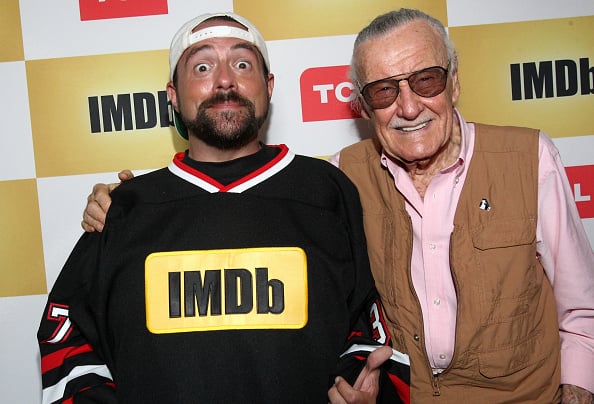 With so many career achievements, it’s somewhat surprising that Lee is now finally calming his work activities. Now retired from his publisher role at Marvel and his appearances at fan events, Lee appears content to spend more time with family. In terms of his immediate family and along with his wife Joan, Stan Lee’s kids include Joan Cecilia or JC. He and wife Joan had a second child named Jan,who passed away shortly after birth. With all of his earnings from publishing and licensing royalties, Stan Lee’s net worth is estimated at $50 million, though some have figured in lieu of all the recent movie successes, it might be as high as $200 million!

When it comes to social, religious, or political issues, Lee has not given any straight endorsements of any entity or personality. Interestingly enough, he’s admitted to being a showman.Lee has even criticized now U.S. president Donald Trump of being too arrogant in his public appearances.

Stan Lee still keeps a house in West Hollywood, California. He’s recently admitted his failing eyesight has kept him from driving cars or being able to read more.