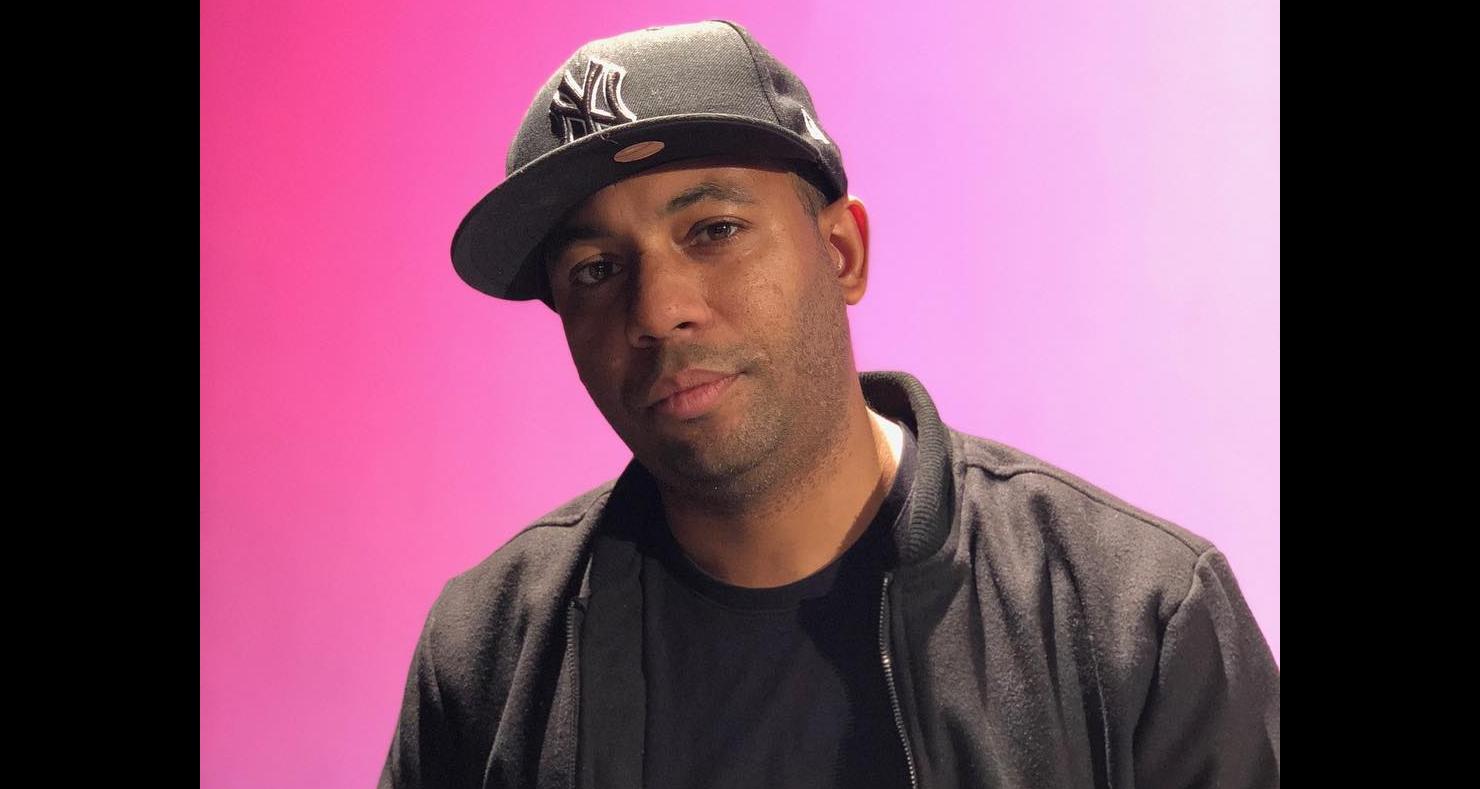 Smoothini is causing some serious waves in the entertainment industry with his cool magic tricks and comedic commentary. But ever since his appearance on America’s Got Talent, people are increasingly curious to know more about him. On Tuesday, Smoothini’s new series, Hip-Hop Houdini, aired on Fuse TV, and if you’ve followed his work, you have reason to be excited about the show! We managed to get an exclusive interview with Smoothini about his future projects and how this comedic magic genius came to be.

Currently, the limelight is on Smoothini, who has worked extremely hard to make a name for himself in the entertainment business. But he’s got something no one else is bringing to the table.

He’s a huge fan of hip hop and comedy and is blending that with his talent for the slight of hand. And did we mention he’s also a comedic genius?

Smoothini is a huge fan of rapper Eminem. And he was awestruck when he met him for the first time.

We recently had the chance to interview Smoothini. H opened up about why and how he got into magic, his future goals, and of course, his new show, Hip-Hop Houdini.

From a very young age, Smoothini was attracted to magic and started practicing the art.

Smoothini learned his first trick when he was just eight years old and was completely enveloped in magic ever since. He would master tricks and then focus on learning new ones.

But, Smoothini explains that it was just a pastime for him, one he ended up being very good at. He loved the attention he would get by flaunting his tricks and it became somewhat of an addiction for him.

The first time he realized he wanted to pursue magic full-time as a career was when he was stationed in Kuwait, in March 2003. Smoothini would entertain Marines and other service members from around the world in his spare time, and they all loved his act. It was then he understood that he had a real shot.

Smoothini said, “My performance character was original. And let’s face it, I’m not a white magician so I thought there must be a niche. If nobody else was doing it and I figured it out, it was only going to take time before another Dominican from Washington Heights, NYC would see the opening. I do have to say though, that when David Blaine came on the scene I totally imagined being at his pedigree.”

His passion for laughter certainly started early in life. At the age of eight, Smoothini saw Eddie Murphy: Raw and fell in love with his stand-up comedy.

But before he ever dreamed of being a magician or comedian, he wanted to be a writer and said, “Stories, novels, comics, whatever.”

Smoothini loved the idea of making people happy through telling stories. There was no denying he had a certain flair for comedy though, and he certainly knew how to make people laugh. 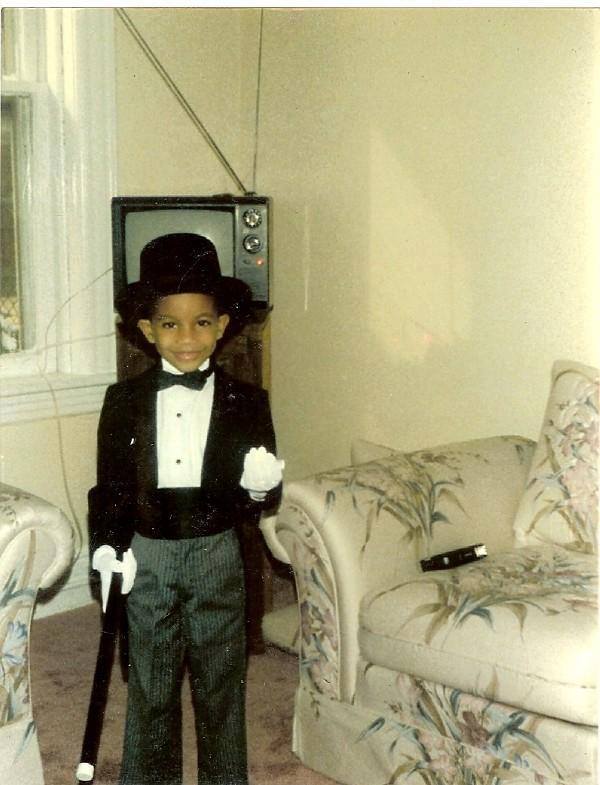 But growing up, he was a shy kid. So, when he would practice his magic, he would also practice his stand-up routine. He would often use one-liner jokes while performing his tricks.

“So, I would do talent contests of me doing tricks and telling horrible, horrible one liner jokes that I got from some book and memorized,” Smoothini explained. “When the tricks worked, I took the applause. When they didn’t, I joked it off and people would still applaud. A few years later I saw The Amazing Johnathan on TV and I knew that was I wanted to do.”

The Amazing Johnathan is a stand-up comedian who became known for blending his comedy with magic tricks. After Smoothini witnessed his act, he also wanted to pursue comedy and magic together, and that’s exactly what he did.

But at this point, he still wasn’t exactly pursuing this as a career and said, “As an art form that I wanted to master, I totally wanted to do Comedy & Magic. The name of my stage show? The MagiComedy of Smoothini.”

He Calls Himself a “Karaoke Magician”

When asked about whether his tricks are all his own, Smoothini explained, “I call myself a ‘Karaoke Magician.’ I take tricks genius individuals come up with and then I adapt [them] to my style. So, I guess the final product in performance is a new trick in a way, but they all come from a solid foundation of me reading, studying, researching different effects and moves. There are times where something specific needs to happen.”

But with all he’s learned and mastered now from years in the business, Smoothini says that from time to time, he does come up with a brand new trick on his own. However, he humbly admits that he is not a creator himself.

“I’m not a creator. I know people in the magic community that are coming up with original effects a few times a week. These people are great, I’m just not one of them.”

Smoothini says that the best experience he’s had was with Dennis Rodman, and it didn’t even entirely involve magic!

Smoothini explained that he and Rodman had met and hung out several times over the years. This one particular time, they were at Planet Hollywood in Las Vegas when Smoothini was performing tricks for tips. The night was slowing down, and Rodman invited Smoothini upstairs to his room to chill with him and his friends.

Rodman told Smoothini to impress him, so he told Rodman to grab a deck of cards. He had Rodman shuffle the deck, and without Smoothini touching the deck, he asked Rodman to pick a number between 1 and 52.

Smoothini explained that Rodman, of course, bugged out from his trick, but that’s not the crazy part of his story!

By now it was like 3:00 a.m., they were still hanging out in Rodman’s gorgeous hotel room (with the most kick ass view of Las Vegas), and Smoothini’s had a few drinks.

“[Rodman] looks in my eyes and says that he has a trick for me,” explained Smoothini. “He tells me to think of a girl that I like. I do. He takes off his glasses and says, ‘Laura.’ I practically lost it!”

Why? Because Laura was the girl Smoothini was actually thinking of! The two were just seeing each other at the time.

As it turns out, Las Vegas really is a small world, and Rodman had actually met Laura! She was working at a pretty famous high-end cigar shop at Cesar’s Palace.

Across from her shop was a sports memorabilia store, where Rodman would often sign autographs. He would then hit the cigar shop when he was done, and after a few days, he mentioned to Laura that he knew a magician.

That’s when Laura mentioned she had a crush on a certain magician in town, which was Smoothini!

It was the perfect time for Rodman to pull the trick on Smoothini—and blow his mind for once!

Today, Smoothini and Laura are married. They now have twins, who were born in 2015.

His Idols in the World of Magic

As mentioned, he is most inspired by famous stand-up comedian-magician The Amazing Jonathan. But he definitely has a laundry list of other favorites in the industry.

Smoothini revealed that there have certainly been instances where his tricks have gone horribly wrong and said, “From me stealing a watch and then dropping it and breaking it. Me doing a trick with a precious ring and it falls on the floor. Me handling a bracelet and destroying it!”

It’s all happened to Smoothini but he’s taken it all in stride.

He added, “Yeah things go wrong on all levels. But for TV? Hell no. I don’t fail. I train way too hard to get it right and I’ve been doing this for 30 years.”

But not everyone has been keen to give up their valuables during Smoothini’s tricks!

“One time in Harlem in 1995 I took a guy’s watch,” he explained. “I was going to reveal it a bit later, but he noticed before I showed it. Yeah, he punched me and knocked me out on the spot! Robbed me and left. I didn’t do that trick for a few years.”

Life Changed after America’s Got Talent

After appearing on America’s Got Talent, Smoothini gained more confidence to continue the art and become a success. And now, the people around him take him and his craft more serious than they ever have before. Especially since he left the Marines in 2005 to pursue what many considered to be a “pipe dream.”

He explained that for nine years he kept at it, but it wasn’t easy and said, “I lost girlfriends, regular friends, and had family members seriously worried about my mental health. I was very low for a while. I knew I was going to make it, but from the outside looking in, yeah, it looked bad.”

But after AGT, everything seemed to begin to change for Smoothini. He earned great exposure and a lot of fame from the show, to the point where he started becoming somewhat of a celebrity! 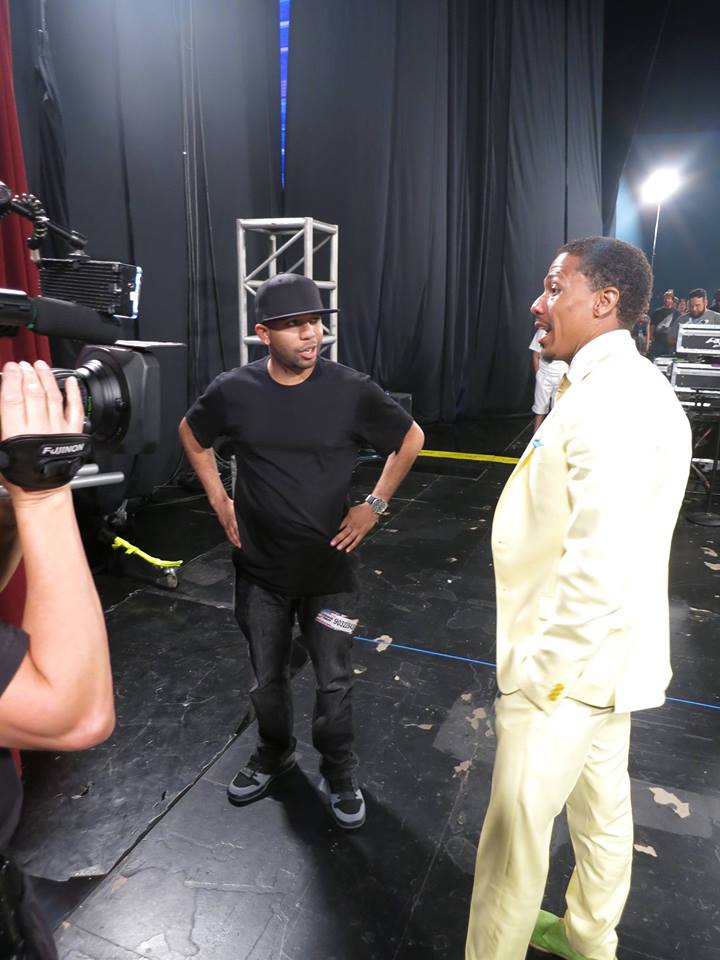 “From one week to another, 16 million or so people are sharing my audition, newspapers and TV are talking about me, people in Walmart are recognizing me, and then I’m touring 44 cities,” he explained. “Some of the same ‘friends’ that thought I was crazy would call me to prove to their co-workers they know me!”

He is happy to report that his family members and his fiancé are now proud to claim that he is a magician!

His future goal is to have HBO come knocking and ask him to do a one-hour stage comedy-magic TV special. He envisioned exactly what it would be like, too.

He also said a lot is going on behind the scenes, but he can’t reveal any details about his big gigs as of right now. Smoothini’s definitely got something up his sleeve, not to mention his new show on Fuse TV!

Recently, Smoothini secured a slot for his new show on Fuse TV!

Talking about his show, Smoothini said, “The show Hip-Hop Houdini is definitely one of a kind. You really can’t put it in a box. It isn’t just a magic show where there is a celebrity in it. It is a profile piece. I interview the artist. But it isn’t an interview, it’s a conversation.”

He added that whether you know the artist or not, you leave with an understanding of exactly who they are after the show.

He further explained, “Through my interactions, I devise specific magic tricks based on their passions. It all leads up to the end where I come up with a trick that is super personal to that artist. Not so much with Fat Joe because the end of the show was so spontaneous. He forced me to make a guy in his squad a believer, and after I did, they officially gave me the title of ‘Gladiator.’”

Well, this internationally acclaimed magician has certainly impressed us (and the world) with his magic tricks!

We thank Smoothini for answering all of our questions and we can’t wait to watch more episodes of Hip-Hop Houdini!