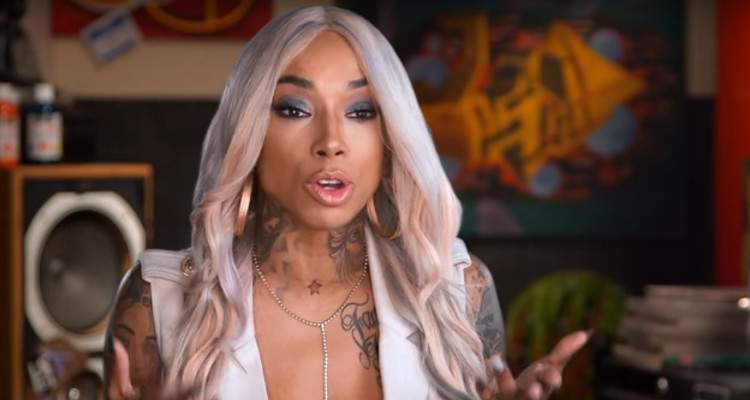 Sky Days did not get a good start in life. Born and raised in Harlem, New York City, she was a mother to two boys by the time she was 14 years old. Unable to support herself and her kids, she gave them up for adoption. Fast forward to today, Sky works at a tattoo shop in Harlem and is financially independent. She is trying to reconcile with her sons as she efficiently manages the store.

Sky from Black Ink Crew is looking for a new manager for the New York store so that she can head back to Atlanta. And, she might have found the perfect candidate!

JaKeita “Sky” Days joined the show as part of the main cast in season 3, after being part of the recurring cast for the first two seasons. Everyone calls her by her nickname, Sky, and right now, she is looking for a manager for the New York outlet.

Here are a few details from Sky of the Black Ink Crew’s wiki.

While most people go through resumés or online job boards to find candidates for a specific job, Sky eschews the traditional process. She prefers having a conversation with her applicants on FaceTime. She peppers them with questions that allow her to not only get a better read on who they are, but to see if they will mesh with her and the shop’s environment.

Sky cuts to the chase with questions like, “What’s your sign?,” “How do you feel about strippers?,” and “Did you vote for Trump?”

According to reports, Sky found a suitable candidate for the manager’s position. That person is a feisty, young woman who has two years experience managing a tattoo shop and is a licensed tattoo artist and body piercer.

These Are Better Days

Sky gave birth to two boys when she was just 14 years old, but gave both of them up for adoption because she felt that it was the right thing to do. She was too young to be a mother, and more importantly, she was not financially independent.

However, things are much better for her now, and Sky is trying to reconcile with her sons. All of this will likely form part of the show.

Ahead of the premiere, Sky revealed, “I love both of my children. I’m happy I was able to reunite with both of them. Whatever the capacity was — you see on the spoiler and commercial they have out now what it is. One went better than the other. But I’m happy that I’m able to meet both of them, and it is what it is.”

The Sky Is the Limit!

Those of you who want to check out the reality star’s hot pictures should head over to her social media pages. Sky’s Instagram account has pictures of her in revealing and sexy clothes, spending time with her friends, attending parties, and hanging at her tattoo shop. There are also some advertisements both for new episodes of Black Ink Crew, as well as other products.

With a passion for tattooing and a fierce ambition to succeed, Sky is working hard to build a suitable life for herself. The sky is the limit!