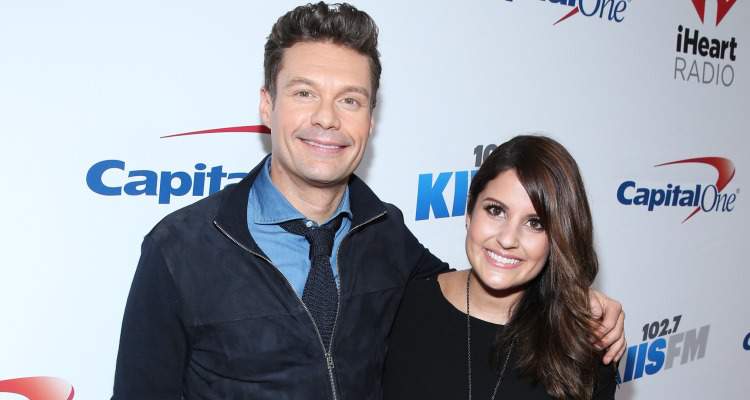 Kelly Ripa is missing from Live with Kelly and Ryan this week and viewers are wondering about her newest replacement, Sisanie. Who is Sisanie and why does she sound familiar?

Live with Kelly and Ryan co-host Kelly Ripa is on vacation, which means Ryan Seacrest needs someone to fill in for her until she gets back. There have been a few guest co-hosts to fill Ripa’s shoes, but this Friday morning, it was Sisanie’s turn.

If the name sounds familiar, you may be shocked to learn you’ve probably heard her on the air before. So read on for more with details from Sisanie’s wiki.

Sisanie is the radio co-host for On Air with Ryan Seacrest and has been in the radio industry for more than a decade! She was born and raised in Orange County, California, is bilingual, and has a Mexican/Peruvian background. She is the youngest of three siblings, who are named Janette and Ron.

The radio co-host graduated from San Diego State University and began her radio career at age 19 as an intern for San Diego’s Channel 993.

“I grew up listening to KIIS-FM, so to be given this opportunity means everything! This is home and it’s an honor to work with the best in the industry. Thank you John Ivey and Ryan Seacrest for believing in me,” said Sisanie in a press release.

It’s no surprise that Sisanie was tapped to fill in for Ripa. Sisanie and Ryan Seacrest have an amazing rapport on the radio and fans look forward to their show every morning.

The daily morning radio show is a staple for many fans, who were concerned the show would be halted when Seacrest took the job alongside Ripa. The good news is, that was not the case!

When Seacrest began working in New York as the co-host of Live with Kelly and Ryan last May (2017), the KIIS-FM radio program decided to continue airing On Air with Ryan Seacrest every morning from 6:00 a.m. to 10:00 a.m. (PST), with Seacrest using a Manhattan studio. From there, it’s just a hop, skip, and a jump over to the studio to film his show alongside Ripa.

Who could blame them for not axing it? Fans would be lost without Sisanie and Seacrest in the morning!

Michael Villaclara is Sisanie’s husband. They met on a blind date set up by her older sister, Janette.

Sisanie, age 34, is actually two years older than Villaclara, who was born and raised in San Diego and graduated from the University of San Diego. He has two other siblings—a brother named Alex and a sister named Michelle.

According to The Los Angeles Wedding Times, they met on Saturday, May 16, 2009. Villaclara was working with Janette’s husband, Adam, at the time. The group outing led to Villaclara asking for Sisanie’s number, and since then, they’ve been inseparable.

In 2012, Villaclara proposed to Sisanie on a gondola ride in Venice, Italy, on Christmas Day. Adorable!

The couple tied the knot in front of friends and family at The Legendary Park Plaza in Los Angeles in 2014.

Fun fact: They both lived in Pacific Beach for a while and even had the same dentist but didn’t meet until after college!

Sisanie on Live with Kelly and Ryan

Sisanie has covered for Kelly Ripa before, and she’s a natural when it comes to working with Seacrest. It should come as no shock as the duo captivate audiences via the radio every weekend as they count down the top songs of the week!

But Sisanie had big news for fans when she appeared by Ryan’s Seacrest side to fill in for Ripa! She is pregnant!

The KIIS-FM radio host revealed her sonogram on the show today, which was very exciting for her. Since Sisanie works behind the mic in radio, many have no clue what she even looks like.

So, revealing the news of her pregnancy live on camera was certainly a big deal for Sisanie. And the news just gets bigger!

If you didn’t already know, Sisanie’s having fraternal twins! She and her husband were happy but scared when they first got the news, because of Sisanie’s miscarriage prior to the pregnancy.

Twins also run in Sisanie’s family, so it wasn’t a huge shock that she would get them, too! She revealed that she is 30 weeks (8 months) along, and she certainly has that new-mom glow! You can check out Sisanie’s pics on her Instagram.

Hopefully, Kelly Ripa isn’t gone too long. But in the meantime, fans have no qualms with Sisanie filling in!