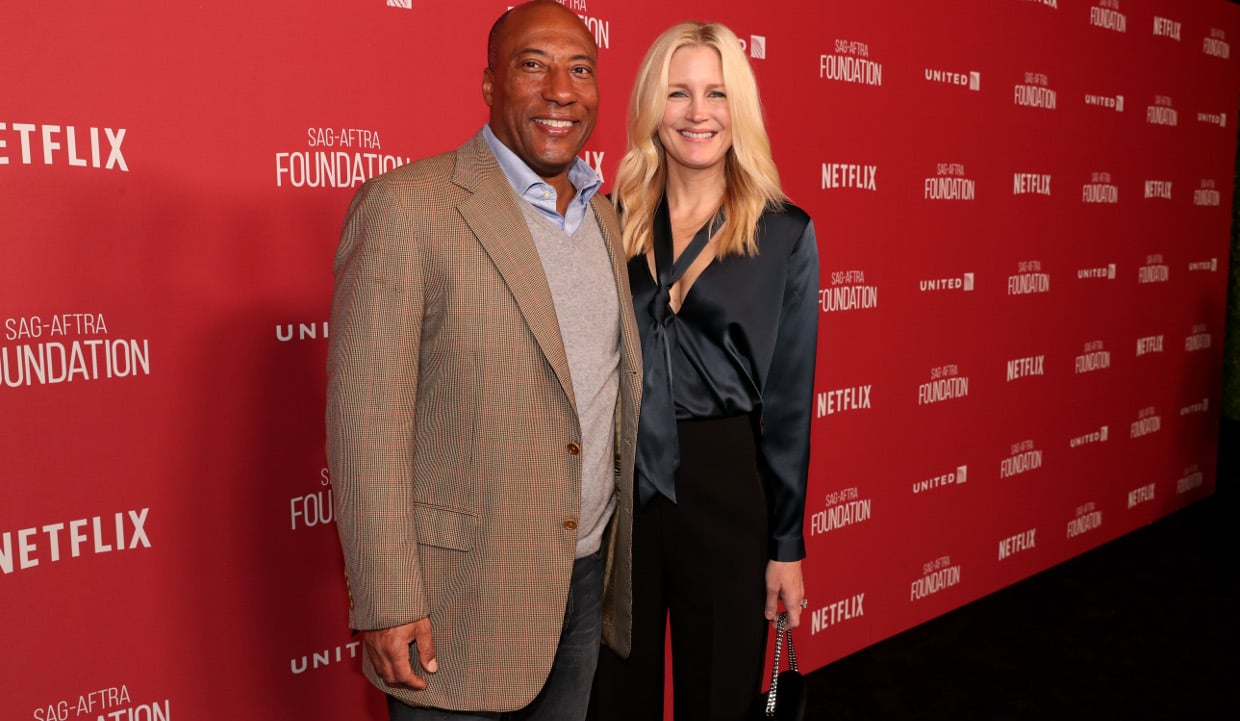 Media mogul, Byron Allen has added yet another major acquisition to his TV and film portfolio. Allen’s company is buying the Weather Channel for a deal estimated at $300.0 million! While most people know who Byron Allen is, little is known about the leading lady in his life, Jennifer Lucas. Keep reading to find out more about Byron Allen’s wife, right here.

Jennifer Lucas may be known as Byron Allen’s wife, but she has an impressive resume of her own.

In addition to being an actress and executive producer at Entertainment Studios, the company that Allen owns, Lucas is a mom to the couple’s three adorable kids. Byron Allen and Jennifer Lucas’ family is often seen together on the red carpet.

If you want to know more about Byron Allen’s leading lady, then we’ve got details from Jennifer Lucas’ wiki.

A Starring Role in Entertainment Studios

Jennifer Lucas graduated from St. Cloud State University in St. Cloud, Minnesota. Her mother, Cheri Lucas, is from Los Angeles, and her father, Robert Lucas, is from Minneapolis.

Entertainment Studios, where Lucas is an executive producer, has produced several films such as Hostiles, starring Christian Bale, and the 2017 film, 47 Meters Down.

Jennifer Lucas’ television projects include The Secret Life of Us in 2001, Marshall Law in 2002, and The First Family in 2012.

Also Read: Christian Bale’s New Movies for 2017: What Is the Actor Working on Next?

Allen said, “We are really focused on movies that we believe warrant a wide release of 2,000 to 4,000 [theaters] and can do anywhere from $40 million to $70 million at the box office.”

The media magnate explained more about this winning formula and said, “Basically we’re chasing box-office failures for a studio. But their box-office failure is our success. Their crumbs are our gourmet meal. When you do that across 15 to 20 movies a year, it’s a real business.”

Byron Allen and Jennifer Lucas got married in September 2007 at the Hotel Bel-Air in Beverly Hills, California.

At the time of their wedding, Lucas was the supervising producer at Entertainment Studios.

Jennifer Lucas had her first child, a daughter, in 2008 and shared her excitement with People by saying, “We’re having a girl! We are so excited. We’ve always wanted kids, and this is the perfect time for us.”

Lucas also talked about Allen becoming a first-time dad and said, “Byron is going to be an amazing dad. He will be phenomenal.”

Allen is now the talk of Hollywood after news surfaced that he made a deal to buy the Weather Channel for $300.0 million.

“The Weather Channel is one of the most trusted and extremely important cable networks, with information vitally important to the safety and protection of our lives,” Allen said.

Watch out, America! There’s lots more coming from Byron Allen, Jennifer Lucas, and Entertainment Studios as they look to be a driving force in Hollywood circles.