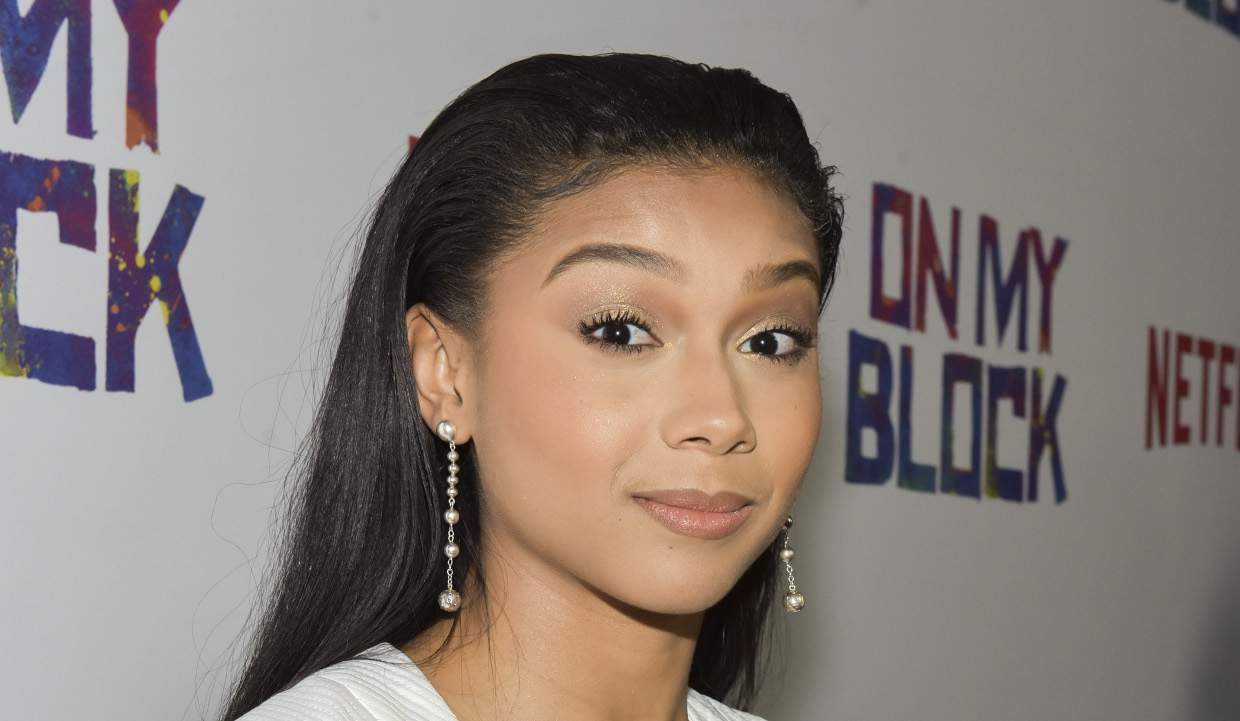 It’s been just a few days since Netflix released it’s new coming-of-age drama series On My Block, but audiences are already raving about it! Especially the performance of young actress Sierra Capri, who plays the tough role of Monse Finnie in the series. Capri comes from a single-parent home herself and used her own real-life experiences to portray the character.

Netflix has another winner on their hands, and this time it is the coming-of-age television series titled On My Block, which was released on Friday, March 16, 2018. It stars a group of young black and Latino actors for many of whom, it’s their first major role and consists of ten episodes.

While the cast has put out uniformly good performances, one young actress who immediately caught everybody’s attention is Sierra Capri. She plays the pivotal role of Monse Finnie, a headstrong, bossy tomboy of Afro-Latino descent. She is the unofficial leader of her group of friends and is being raised by her single father. But what do we know about the actress herself? Here are some facts from Sierra Capri’s wiki.

Playing Monse is Sierra Capri’s first starring role, and while she does not want to reveal her age to anyone, it is believed she is in her 20s. Her birthday falls on September 11 as she had mentioned it in one of her Instagram posts. Other than this major role she has just taken on, she has only appeared as an extra playing one of NASA’s “computers” in Hidden Figures, released in 2016.

Capri had never taken an acting lesson. When Netflix began it’s casting, she was living in Atlanta, Georgia, after having completed her junior year as a biology major at Armstrong State University at Savannah, Georgia. She sent her tapes to Netflix and after a month of face-time meetings and “chemistry tests” with other finalists, she finally landed the role of Monse Finnie.

A Promise to Her Mother

Capri’s mother had raised her single-handedly from the time Capri was 12 years old. She was very excited to hear her daughter landed the pivotal role, even though it meant that Capri would have to move to Los Angeles, California. Capri promised her mother that she would return to school to complete her diploma no matter how successful her acting career became.

Using Her Own Real-Life Experiences

Capri comes from a broken family herself, so it was easy for her to feel the part of her character Monse, who is a motherless teenager in the Netflix series. Capri delved into her own experiences of living in inner-city Baltimore, Maryland, for the first years of her childhood to play the teenager living in inner-city Los Angeles in the series.

Capri says she could also relate to Monse’s independent spirit. She said, “I was never one to follow the crowd. I never felt that I had to have everyone like me or have a bunch of friends. I was just myself, and whoever gravitated toward me, that’s who I kept in my life.”

While she doesn’t appear to be all that glamorous on the series, Capri loves to glam-it-up off screen! Head over to her Instagram account for more pictures of Capri when she’s not on set, looking stunning in beautiful dresses, with her co-stars from On My Block, hanging out with her friends, and posing for magazine covers. She also looks to be quite the surfer!

Leader of the Pack

She was the best bday gift..

There are some inspirational quotes on her account and photos of some of her idols like Barack and Michelle Obama, Martin Luther King Jr., and Audrey Hepburn. Capri convinced her cast mates to go surfing with her on her birthday, which she celebrated while filming, and they loved the experience! On-screen or off-screen, Sierra Capri has what it takes to be a leader. Check out On the Block to see Capri rule the Netflix screen with this latest hit series!