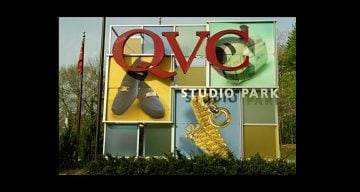 Longtime QVC host, Sharon Faetsch, appeared on TV for the last time on November 21, 2018, after she announced her retirement. The cheerful host who’s been associated with the home shopping channel for over 15 years says she quit because she was missing out on her kids growing up.

Consider this a tribute to Sharon and her work on QVC! She is a very entertaining and warm personality who will be missed on TV, but that’s not the end of her just yet. Sharon has promised to continue interacting with her fans through social media, and suggested that they follow her on her new account when she announced her retirement.

Here are some facts to know about Sharon Faetsch, along with details on what she’s planning next.

Did you know that Faetsch worked at the Excalibur Hotel Casino in Las Vegas as Queen Guinevere before QVC?

She joined Paramount Parks in Sin City back in 1998, and her next job was at QVC, where she began working in 2003.

On the show, Faetsch was known for her sweet and warm persona, and her great sense of humor.

She has hosted and helped sell thousands of products on TV, and when you’re in it for over a decade, you know you did something right.

Why Did Sharon Leave QVC?

When she first announced that she would be leaving the show, fans of the host were taken aback. But the decision probably wasn’t an impromptu one for Sharon. As many know, she is a doting wife and mother, and while her job was very important to her, she felt that she was missing out on being a mom to her two kids.

“At 11 and 9 years old, my kids certainly aren’t getting any younger, and I want to spend more time just being a mom. QVC has been such a wonderful place to work and I will always remember the amazing time that I spent here. My last show will be on Wednesday, November 21st,” she wrote on Facebook.

She was known for all the food shows she filmed over the years, and her costars all spoke about her in a final goodbye video.

So, if you missed the announcement that I made on the air last week, here it is: After 15 years of being your Foodie Friend on QVC, I have decided to leave. At 11 and 9 years old, my kids certainly aren't getting any younger, and I want to spend more time just being a mom. @qvc has been such a wonderful place to work and I will always remember the amazing time that I spent here. My last show will be on Wednesday, November 21st. Thank you to all of you for being on the other side of the screen, and for being so kind to me for so many years!???

What Does Sharon’s Husband, Langdon James, Do for a Living?

Langdon and Sharon have been married for 16 years, and they share a wonderful relationship. Their fans have seen their bond over social media and also during the few times her family came on TV.

His hometown is Las Vegas, Nevada, while Sharon hails from New York. The couple resides in Philadelphia now, with their two children, Kaylee and Desmond.

Langdon’s Facebook page suggests that he is an entrepreneur and a part-time comedian. He founded a digital marketing company called BuzzTown Digital Marketing, which caters to SEO.

As a stand-up comedian, he performs regularly at local shows and comedy clubs.

In October, he got the opportunity to do an act in front of the U.S. Navy members as well as some U.S. Army and Marine Corps members.

What’s Next for Sharon Faetsch?

Sharon has promised to keep her fans updated about everything she’s planned for the future. She also told her friends and fans that she is always open to discussions about food, health, and beauty.

Her costars on QVC have all sent a message hoping for her return after a few years, but as of now, Sharon is focused on spending some quality time with her family.

She wants to be a mom to her kids before they’re all grown up, and in a video she posted on her official Facebook account, she expressed that her kids have been hinting that they miss her back home.

Here’s a video she posted while cleaning out her locker at QVC:

Well, this is it. My last day at QVC. I was just cleaning out my locker and made a video of some of the things inside. My last show is today from 4-6pm et on QVC. My family will be there and I hope that you can join me as well!