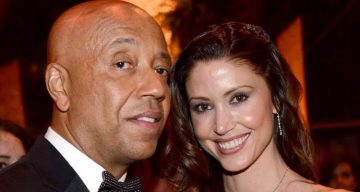 Celebrity Big Brother premiered last night, and one celeb has fans wanting to know more! Do you remember Shannon Elizabeth from American Pie? Though Big Brother is notorious for showmances, it looks like this celebrity special will have to make do without, as most of these stars are married! Which brings fans to ask who Shannon Elizabeth’s ex-husband is. Is she currently single?

Shannon Elizabeth’s boyfriend in 2018 seems to be a mystery, especially after her famous hookup with Def Jam Records producer Russell Simmons. The couple were seen together at the 2014 Grammy Awards, but when they ended things is still uncertain.

Elizabeth is mostly known for her roles in American Pie and Scary Movie. She also had a part in the star-studded rom-com, Love Actually, and in more recently in the sixth season of Dancing with the Stars.

The actress has been linked to many big names in the industry, but fans are still confused if she is now single, after being with Simmons.

Here’s a list of all the handsome hunks Shannon Elizabeth was rumored to have dated:

This one was a wild speculation! When Enrique Iglesias was at his peak, Elizabeth starred in his music video for “Be with You” in 2000.

The love song was not only a hit, it also convinced fans that Iglesias and Elizabeth were actually dating!

They were spotted together at several events and talk shows, which led fans to believe they were an item. Since neither party confirmed the rumor, the news quickly simmered down, remaining speculation.

Shannon Elizabeth was married to the actor in 2002, but the two ended things in 2005. The two were living together in the late ’90s.

It was also reported that Reitman allegedly filed a lawsuit against Elizabeth in 2006, wanting rights to half of the property and assets they purchased while together.

The Australian tennis player, who turned pro in 1994, was linked to Shannon Elizabeth between 2007 and 2008. Though it was a short period of time, they were the talk of the town.

The tennis pro comes from Italian and Greek heritage, and starred in the reality show, Age of Love.

Philippoussis is now married and welcomed a baby boy in 2014. He is expecting to welcome his second child this summer.

Shannon Elizabeth and Derek Hough dated during season 6 of DWTS when they were partnered up in 2009. But the relationship came to a speedy end with tweets from both stars confirming their breakup.

The two are said to still be close friends.

Fans were sure that Simmons was the one for Elizabeth, when the couple was seen together in 2014.

The multi-million dollar record producer seemed to be a perfect match for the actress, as both are vegan and love animals a lot.

At the time, Simmons was working on the release of his book, Success Through Stillness: Meditation Made Simple, and Elizabeth was supporting him. She even helped promote the book on social media, and spread the word about his philosophies.

After months of silence came sudden shock, when Simmons was seen with a much younger woman in his arms in 2015.

Fans were confused, as some thought he was still with the actress, while others believed they broke up long before the new woman came around.

But the businessman seemed to have moved on, and so did Elizabeth Shannon.

If you were wondering about who Elizabeth Shannon’s boyfriend is now, we have a hunch that she’s single. The star is currently in Celebrity Big Brother, which airs Wednesdays, Thursdays, Fridays, and Sundays at 9:00 p.m. EST only on CBS!