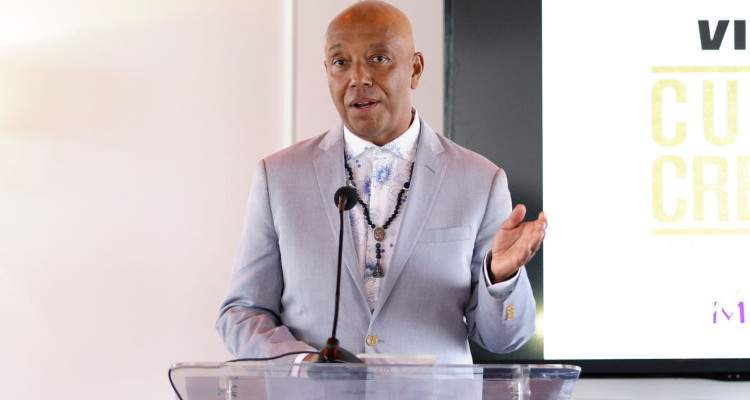 Entrepreneur and record executive, Russell Simmons announced his decision to step down from his companies after facing accusations of sexual assault and harassment. Russell Simmons’s net worth in 2017 is estimated to be $340.0 million. Keep reading if you want to know more about the music mogul’s wealth, and details about Russell Simons’ sexual harassment allegations.

Chairman and CEO of Rush Communications, Russell Simmons was accused of sexual assault resulting from an instance in 1991. However, Simmons denied the allegations.

But now, another accusation against the hip-hop mogul has been made. Screenwriter Jenny Lumet recently revealed that Simmons also assaulted her in 1991, after offering her a ride home. After refusing his driver to take her home, the two ended up at Simmons’ place, where she alleged to have been forced into having sex with him. Simmons has since announced his decision to step down from his businesses releasing a statement that read:

“As the corridors of power inevitably make way for a new generation, I don’t want to be a distraction so I am removing myself from the businesses that I founded. I will convert the studio for yogic science into a not-for-profit center of learning and healing. As for me, I will step aside and commit myself to continuing my personal growth, spiritual learning and above all to listening.”

#RussellSimmons exits his companies and will be removed from #HBO’s ‘All Def Comedy’ following a new sexual misconduct allegation. Russell: “I have been thoughtless and insensitive in some of my relationships over my decades and I sincerely apologize.” Thoughts? #WBLS #RussellSimmons (Photo Credit: Mireya Acierto/Getty Images)

The biggest source of Simmons’ net worth comes from co-founding Def Jam Records, which made him a prominent name in hip-hop. More of Russell Simmons’ companies include Argyleculture, Tantris, and Phat Farm, all clothing lines, as well as Rush Communications Inc.

Birth of a Music Mogul

Russell Simmons has decided to remove himself from his companies, due to sexual assault allegations made by the writer Jenny Lumet. Read full story at: BlackiNation.com/blackigossip #hollywoodreporter #jennylumet #rape #russellsimmons #sexualassault #instagood #love #repost http://blackination.com/blackigossip/2017/12/01/russell-simmons-sexual-allegations-forces-him-to-step-down-from-companies/

Born on October 4, 1957, in Queens, New York, Russell Simmons’ age is 60. He is the second of three sons born to Daniel Simmons Sr., a teacher, and Evelyn Simmons, an administrator. His brothers are painter Daniel Simmons Jr., and Rev. Run.

Simmons explained that his parents were extremely hardworking and inspiring, but living in Queens’ Jamaica neighborhood was heavily exposed to drugs. “Everybody shot dope… I used every drug there is… but it didn’t make me a bad person: it made me a sad person, a diseased person,” he said.

He graduated from August Martin High School in 1975, after which he enrolled in City College of New York, Harlem. It was there that he met Kurt Walker, who motivated him to get involved in hip-hop.

@WorldWrap: Russell Simmons Steps Away From Companies After Writer Jenny Lumet's Claims He Sexually Violated Her http://worldwrapfederation.com/profiles/blogs/russell-simmons-steps-away-from-companies-after-writer-jenny-lume Russell Simmons is stepping away from his companies amid allegations he forced screenwriter Jenny Lumet into an unwanted sexual encounter. The Def Jam co-founder was the subject of a guest column in The Hollywood Reporter by Lumet, who claimed the music producer made her come to his apartment and allegedly had an unwanted sexual encounter with her. Lumet, who penned the films "Rachel Getting Married" and "The Mummy," said Simmons was an acquaintance since 1987 after having met him through fellow Def Jam co-founder Rick Rubin. The music business pro reportedly offered Lumet a ride home, but refused to go to her address and instead ordered his driver to take her to his apartment, despite her repeatedly saying "no." "I couldn’t open the doors. I couldn’t open the windows. The car was moving. The driver did not stop … He took me to your apartment," Lumet, daughter of the famous director Sidney Lumet wrote in her account. "I simply did what I was told," she recalled. "There was penetration." Lumet explained that she hurried, got her clothes and left after Simmons ejaculated and never shared the story until Oct. 27 after allegations started coming out about Harvey Weinstein. Hours after the story emerged, Simmons announced he would step away from all of his businesses. “I have been informed with great anguish of Jenny Lumet's recollection about our night together in 1991,” Simmons said in a statement released by his representatives. “I know Jenny and her family and have seen her several times over the years since the evening she described. While her memory of that evening is very different from mine, it is now clear to me that her feelings of fear and intimidation are real. While I have never been violent, I have been thoughtless and insensitive in some of my relationships over many decades and I sincerely and humbly apologize. #entertainment #news #defjamrecords #music #mogul #russellsimmons #stepaway #company #writer #jennylumet

A post shared by WorldWrapFederation.Com (@worldwrapfederation) on Nov 30, 2017 at 7:05pm PST

In 1977, Simmons saw MC Eddie Cheeba perform at Charles’ Gallery in Harlem, and that is how he knew he wanted to get into hip-hop. “Hearing Cheeba in ’77 made me feel like I had just witnessed the invention of the wheel,” he said.

Simmons continued to work hard and grow his businesses. Rush Communications Inc. has over 10 businesses and three non-profit companies. Along with Stan Lathan, the two produced several popular HBO hits such as Def Comedy Jam, and Def Poetry Jam. Not long before Russell Simmons stepped down, HBO announced the cancellation of his upcoming series, All Def Comedy, which was set to premiere on December 1.

There is no doubt that he is one of the wealthiest entrepreneurs in hip-hop, with ventures in clothing companies, producer credits, and various enterprises.

The Full Story (written by XXL): Just a bit over a week after former model Keri Khalighi accused music mogul and philanthropist Russell Simmons of sexual assault, an award-winning screenwriter by the name of Jenny Lumet—she's worked on Rachel Getting Married and The Mummy—has come forth to do the same. As a result, Simmons, who denied Khalighi's allegations last week, has stepped down from positions at his own companies. Lumet's accusation came in the form of a harrowing guest column for The Hollywood Reporter. In it, she recalls her first encounters with Simmons in the late 1980s, before telling the story of the day he allegedly assaulted her. Although they had been friendly and Simmons had made playful advances toward her in the past, Lumet says she never gave any indication she was interested in a romantic relationship with the Def Jam co-founder. So she was shocked when Simmons, after offering to give her a ride home from Indochine, a New York City restaurant she frequented, directed the car's driver to ignore her requests to be dropped off at her home. "I got into the car with you," Lumet recalled. "The driver began to drive. I assumed you knew where I lived, because you had sent me 250 balloons, but I gave the driver my address on 19th Street and 2nd Avenue." You said to the driver: 'No.' I didn’t understand, so I said: 'Russell?' I said, again, to the driver: '19th Street.' Again you said to the driver: 'No. 'Then, the car doors locked. It was loud. The noise made me jump." From there, Lumet described the dread she experienced in the minutes leading up to being dropped off at Simmons' apartment. Once in the apartment, Lumet explains the moment Simmons allegedly forced himself upon her in an elevator after she told him, "Wait." He didn't respond to her apparent call to stop his advances, and eventually, she went into the apartment with Simmons, where she felt she was required to perform sexual acts to ensure her safety. One of the companies Simmons vaguely refers to likely includes Rush Communications. #XXL #RussellSimmons #allegations #hiphop #hiphophead #rap #music #culture #manager #CEO #businessman #legend #RhetoricSession #podcast #Trip #Kutz

Simmons is strict about his vegan diet, and is said to have shown more interest in political commentary in recent years. He is a Huffington Post contributor and he founded the lifestyle and entertainment site, GlobalGrind.com.

He also wrote the books: Russell Simmons Def Poetry Jam on Broadway…and More, Do You! 12 Laws to Access the Power in You to Achieve Happiness and Success, Success Through Stillness, Life, Def: Sex, Drugs, Money, + God, The Happy Vegan, and Super Rich: Inside and Out.

In 1992, Simmons met fashion model and designer, Kimora Lee during New York Fashion Week. Despite the huge age difference, they walked down the aisle on December 20, 1998, in a ceremony that was officiated by Rev. Run in St. Bart’s.

The couple welcomed their first child, Ming Lee Simmons, on January 21, 2000. Their second, Aoki Lee Simmons, was born on August 16, 2002. However, the couple decided to part ways estimated 2006 with Simmons releasing a statement:

“Kimora and I will remain committed parents and caring friends with great love and admiration for each other. We will also continue to work side by side on a daily basis as partners in all of our businesses.”

Two years after announcing their separation, Lee filed for divorce in March 2008, and it was finalized in January 2009.