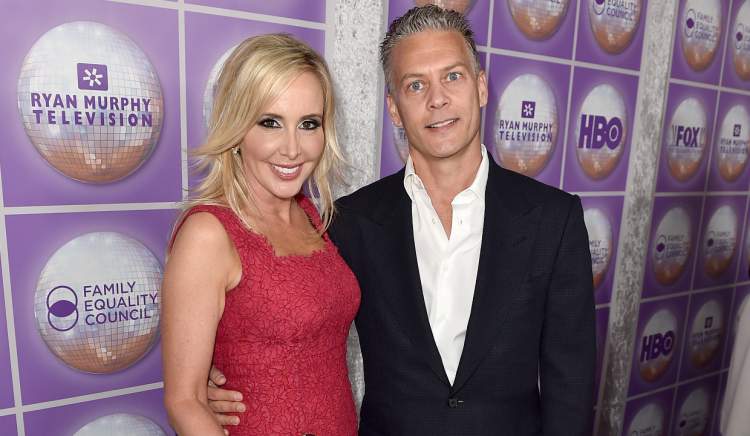 Shannon Beador is back to filming for an all new season of The Real Housewives of Orange County. But this time, we won’t be seeing Shannon Beador’s ex-husband, David Beador. Read on to find out why!

At the end of The Real Housewives of Orange County season 12, Shannon Beador dropped big divorce news after we saw Shannon and David attempt to fix their marriage on the show. But that’s old news now. David has a new girlfriend and we’re not even sure the ink has dried on their divorce papers! Get the deets on Shannon Beador’s estranged husband in our David Beador wiki below.

He Cheated on Shannon

David Beador is not the reality TV celebrity Shannon is, so there’s a lack of information on him. He’s reportedly a businessman but you’re going to have a hard time finding anything out about his business, since even his Instagram profile is set to private.

Nevertheless, David and Shannon’s marriage was chronicled on RHOC ever since the reality star joined the cast in 2014. While she works on opening her affordable healthy eating restaurant, Shannon had to balance motherhood and a rocky marriage.

From the outset, Shannon and David were one of the more toxic couples in the franchise. It became obvious in 2015, when David’s affair played out for the world to see.

Shannon revealed on RHOC that David had been cheating on her for eight months. After she caught him on the phone with the other woman and finding hotel receipts, he confessed to his infidelity.

In an interview with Andy Cohen, she talked about confronting David’s mistress. “I said, ‘I want my family back,’” Shannon recalled. “Her response was, ‘He’s obsessed with me! He wants to marry me! I don’t even know the guy,’ and it was not, it wasn’t a kind conversation,” she added.

Shannon continued making headlines when she got into a verbal altercation with David’s former mistress, Nicole McMackin, at a USC game when she was sitting with her husband a few rows away. David and Nicole’s husband are both USC alumni.

He Tried to Fix Their Marriage

Shannon and David are parents to three daughters: Sophie, 16, and twins Stella and Adeline, 13. Back when she caught him cheating, they decided to work on their marriage.

They subsequently enrolled in couple’s therapy but it was far from smooth. During the course of the season, they had highs and lows including Shannon publicly confronting McMackin.

Things appeared to have turned for the better when David surprised Shannon with a vow renewal ceremony. After 16 years together, they renewed their vows in a televised ceremony at the Inn at Rancho Santa Fe in California.

They embark on a second honeymoon, but it was not so peachy, either. Shannon clashed with David’s mother, who blames the reality star for his affair.

In season 11, Shannon packed on a few pounds because of stress-eating that stemmed from her marital troubles. It escalated to a feud with her co-star, Vicki Gunvalson, who alleged David was abusive.

David Asked for a Divorce

After many trials and tribulations, Shannon announced her split from David in the season 13 reunion special. She got a lot more candid about her turbulent marriage than what we saw on TV at that time.

“It’s not what I wanted and it’s been really, really hard,” she tearfully admitted about the divorce, adding, “We went on a trip to Hawaii, which I kind of hoped would bring everything together, but he left the trip early. And when I came home, he said, ‘We’re done.’”

She confessed there were warning signs before he dropped the d-word. He had been living in a separate wing of their house for a few months.

A month after revealing her split on the reunion special, Shannon filed for divorce in December 2017 at the O.C. Superior Court.

They decided that the girls will live with Shannon full-time. For the sake of their kids, the estranged exes decided to remain amicable.

His Girlfriend Is Out of Hiding

David has reportedly been dating a woman named Lesley Cook for a few weeks. She is 20 years his junior and is a mother of two kids.

RHOC fans first got wind of their relationship in January when she posted a picture of them together. David referred to himself as the “lucky guy” in the comments. And he also slammed haters in the same post.

David continues to take on haters who are leaving mean comments on Lesley’s Instagram posts. At the same time, he’s also sending her love in the comments section.

Lesley’s Valentine’s Day post featured red balloons, which many believe are from David. They further confirmed the relationship in the comments section by wishing each other a happy Valentine’s Day.

David even added “#notdiscreetanymore,” hinting that they are no longer hiding their relationship. The declaration has made many iffy, especially since Shannon and David are still legally married. It has upset Shannon’s army of fans who have lashed out against the new couple.

Nevertheless, a source close to Shannon has said the RHOC maven is taking the high road and focusing on her daughters.