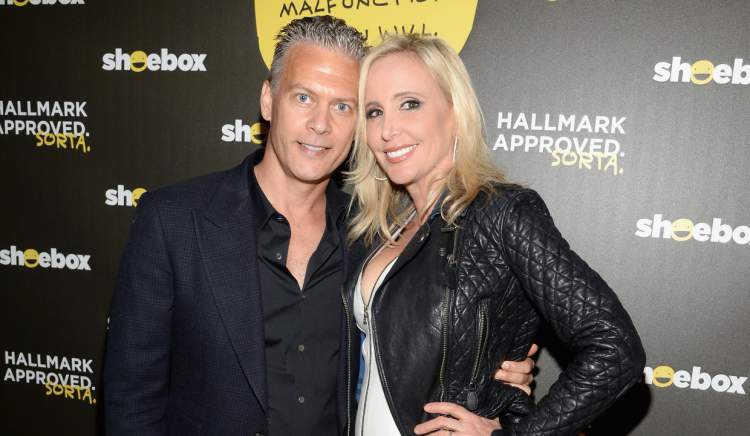 David Beador has a new love and he’s not afraid to show it. David Beador and his new girlfriend, Lesley Cook are getting quite some backlash from Shannon Beador’s fans. If you missed the memo, the Real Housewife and her husband haven’t divorced yet.

Shannon Beador and David Beador’s divorce hasn’t been finalized yet. But it didn’t stop David from celebrating Valentine’s Day with his new girlfriend. According to sources, Shannon has a lot to say about her ex moving on four months after announcing their separation. Read all about David Beador’s new flame in Lesley Cook’s wiki here.

Are David and Lesley Dating?

Though there is no official confirmation straight from the horse’s mouth, there is evidence that David Beador is dating Lesley Cook. Shannon filed for divorce in December 2017 shortly after announcing their split.

Their divorce isn’t finalized yet, but David has apparently moved on. His Instagram is private but he’s pretty active on the social media platform, commenting on his new girlfriend’s posts.

Back in January, Cook posted a picture with David at a Chainsmokers concert. Shannon’s ex seemingly hinted they are dating by commenting “I’m the lucky one…”. In the same post, he responded to several hate comments with sass. You are bound to find a comment or two from David Beador in all of Cook’s latest posts.

Cook posted another shot of two red balloons on Valentine’s Day. We can only assume they are from David.

David punctuated the comment with #notdiscreetanymore and she added emojis that hinted they took a Valentine’s trip together. If this doesn’t scream “dating,” we don’t know what does!

Who Is Lesley Cook?

There’s very little known about David’s girlfriend. A source close to them claims they have been seeing each other for a few weeks. She is reportedly 20 years his junior.

A glance at her Instagram reveals she is a doting mother of two. She refers to her kids as “Lovies.” As of a November 2017 post, her daughter is two years old. In January, she wrote her son is almost nine.

The Beadors’ marriage has been well-documented on The Real Housewives of Orange County since Shannon joined the Bravo franchise in 2014. In 2015, Shannon disclosed David’s infidelity on the show.

RHOC fans watched them go through couple’s therapy and renew their vows later. But it was all for naught. She revealed to Andy Cohen and her castmates at the season 12 reunion special that she and David are separating after 17 years of marriage.

Shannon filed for divorce from the businessman that December. They share three daughters: Sophie, 16, and twins Stella and Adeline, 13.

David and Shannon are still legally married. Now that he’s not hiding his relationship with Cook, Shannon’s supporters are up in arms.  The Twitterverse is rallying behind Shannon and slamming Cook for dating a married older man.

You are SOO. MUCH. BETTER. OFF without hi. You deserve so much more. He's out there!

As for Shannon, the reality star hasn’t made any official statements yet, but sources claim she is taking the high road. Her Valentine’s Day post included sharing a picture of her daughters instead of focusing on her estranged husband.

“It’s disgusting and cruel that David would be putting this out so publicly as their divorce is not yet finalized and they share three daughters together,” said a source close to Shannon.

Reports claim that Shannon was blindsided by David’s new relationship and is very “distraught.” However, she would rather focus on her daughters than her ex and his new girlfriend.

While David has moved on with Lesley, Shannon is moving on with RHOC. She took to Instagram to dish her first day back to filming season 13.